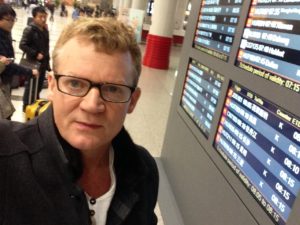 Guy Bennett is a Vancouver-based journalist, filmmaker, investor and writer. A Communication Director for a consortium of publicly traded companies – Mr. Bennett has toured copper mines in Chile, potash projects in Saskatchewan, cannabis labs in California and clothing factories in Shenzhen, China. He was twice named BC’s best weekly columnist. In 2020, he made a corporate documentary about a Mexican silver miner. He has also written & directed a feature film, written a book and sold a project to a Chinese Film Studio. A rudimentary speaker of Mandarin, Mr. Bennett’s passions are his family, writing and playing football (real football – with the spherical ball).