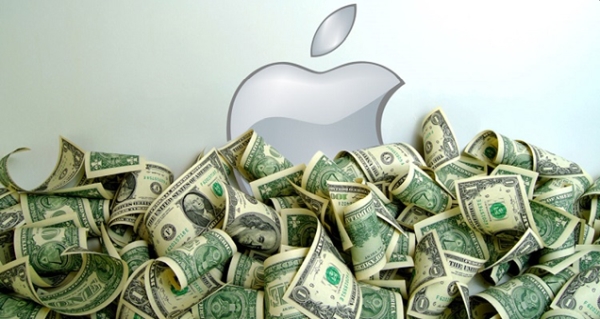 Apple (AAPL.NYSE) recorded its biggest-ever quarterly revenue on Wednesday, blowing past the estimates that analysts had projected.

The company displayed a phenomenal performance, hitting the $100 billion mark on iPhone sales. This revenue was generated from the 90.1 million devices that it managed to ship, with the iPhone 12 series making up the largest proportion.

According to the report compiled by the International Data Corporation (IDC), this is the highest shipment volume that any company has ever posted within a single quarter. It accounted for 23.4% of the market share, alongside a 22.2% year-over-year growth.

Delving into the specifics, the tech giant posted a revenue of $111.4 billion, which translates to about $1.68 per share, in the first quarter. This was an increment of 21% from the previous year.

However, Wall Street analysts had projected that Apple would earn a profit of $1.42 for each share on sales amounting to $103.27 billion.

The firm said that we’re likely to see this upward trend continue throughout the current quarter. In a surprise twist of events, its shares dipped further in after-hours trading.

Tim Cook, Apple’s Chief Executive Officer, remarked in a statement that the strong performance can be attributed to the “tireless and innovative work of every Apple team member worldwide.”

He also said that the firm was “gratified by the enthusiastic customer response to the unmatched line of cutting-edge products” which it delivered at the end of 2020.

One product that has contributed significantly to Apple’s outstanding performance is the iPhone, specifically, the iPhone 12 series.

The iPhone 12 represents the first generation of iPhones to ever incorporate 4 brand new models and 5G capabilities.

Sales of this gadget reached $65.6 billion, easily surpassing the $60.3 billion that Wall Street had predicted.

Most consumers, especially those in China, were attracted to the phone’s 5G capability as well as the improved camera features present in the Pro product line.

Dan Morgan, who serves as a senior portfolio manager at Synovus Trust Company, believes that “the strength in iPhone sales provides evidence for Apple bulls that another iPhone super cycle may be in the cards.”

The last that we experienced such a drastic growth in the iPhone space was back in 2014 when the iPhone 6 was released. Since then launches have “felt more like ripples opposed to a wave,” he noted.

Cook and Luca Maestri (Apple’s Chief Financial Officer) reiterated the potential of the iPhone business. They pointed out that the more expensive iPhone 12 Pro and iPhone 12 Pro max, both of which have advanced cameras, had really good sales.

Apple also drew our attention to the increment in the number of active devices. This figure hit the 1.65 billion mark in the fiscal first quarter, and this comprises the 1 billion+ iPhone users who are active.

Cook was quick to note that there was also a sharp increase in the number of people who upgraded their devices, with those shifting from other smartphones, making up a large proportion.

Apart from the iPhone, another gadget that contributed to Apple’s solid performance was the iPad, accounting for $8.44 billion of the sales. This figure transcended the $7.58 billion that had been forecasted.

One aspect that helped iPad’s sales soar was the debut of the upgraded iPad Air as well as a faster entry-level model in the course of the quarter.

Mac sales, however, lugged behind, ending at $8.68 billion. Analysts had projected the sales would reach $8.86 billion.

This happened even after the company launched a new MacBook Pro, MacBook Air and Mac Mini, all in the course of the quarter.

Shannon Cross from Cross Research Group, which runs as a broker-dealer, suspects that, “they were probably supply constrained during the quarter. There are still significant delays for shipments for some models.”

The invention of new hardware also led to a high level of performance from Apple’s services sector.

The firm posted $15.8 billion in quarterly revenue from its services, which encompass App Store, iCloud and Apple Music. However, it did not provide any results regarding the performance of TV+, the video streaming service that Apple launched slightly over a year ago.