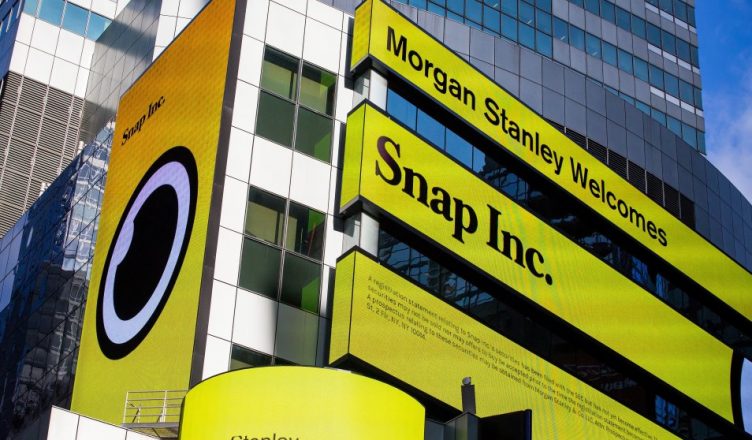 The losses mark the second major sector selloff sparked by Snap in two months, as its results have become a benchmark for investors trying to decipher how the current economic uncertainty has impacted social media ad spending.

Snap reported that revenue rose 13% in the second quarter from a year earlier to $1.11 billion. That was below analysts’ estimates, and well off the first-quarter growth rate of 38%. Snap — which saw $6 billion in market cap erased after hours on Thursday — didn’t issue financial guidance for the third quarter, except to say that revenue so far in the period is about flat compared with last year.

Snap attributed the disappointing results to slowing demand for its ad platform, increased competition from companies like TikTok, Apple’s (APPL:NASDAQ) 2021 iOS update, and a challenging economy. “The second quarter of 2022 proved more challenging than we expected,” Snap said in the investor letter.

“We are not satisfied with the results we are delivering, regardless of the current headwinds,” the company said in the letter. Snap said it is evolving to revitalize sales as it hunts for new and more diverse sources of revenue.

In late June, Snap launched a monthly Snapchat subscription option—called Snapchat+—that would give paying members exclusive access to certain features and early access to others that will eventually roll out on the platform.

Co-founders Evan Spiegel, the CEO, and technology chief Bobby Murphy agreed to new employment contracts that will keep them in their jobs through at least January 2027. Spiegel and Murphy will receive an annual salary of $1m and no equity compensation. Snap also announced a stock repurchasing program of up to $500 million to offset the impact of recent share dilution.

Snap’s miss on earnings expectations indicates the severe challenges facing its tech peers, typically on social platforms such as Meta Platforms. In May, Snap said it wouldn’t meet the second-quarter guidance it set the prior month, leading to a 43% plunge in the share price. At the time, Snap cited a macroeconomic environment that was deteriorating much faster than expected.

There are growing signs that tech companies are preparing for a recession with some pulling back on hiring. Apple, Google, Microsoft (MSFT:NASDAQ), and Tesla (TSLA:NASDAQ) are some of the companies that have paused hiring. Snap has towed the same line, indicating that it plans to “substantially slow the rate of hiring, as well as the rate of operating expense growth.” This may imply growing weakness in the sector already reeling from inflation and interest rate hikes from the Fed

So far this year, Snap’s stock has lost almost two-thirds of its value. Snap’s market cap peaked at $136 billion in September. Based on Thursday’s after-hours pricing, the company is now worth $20 billion.

Already battered tech stocks may face more pressure as earnings season ramps up next week. Investors will soon get a clearer picture of the online ad environment. Twitter is set to report results Friday morning, followed by Alphabet and Meta next week.

Twitter already indicated in a tweet that it expects to get a $100m loss this quarter. The tweet was a part of a response to the rancour the company is facing with Elon Musk who rescinded his decision to buy the company. Analysts also say they are expecting a revenue decline for Meta this quarter.