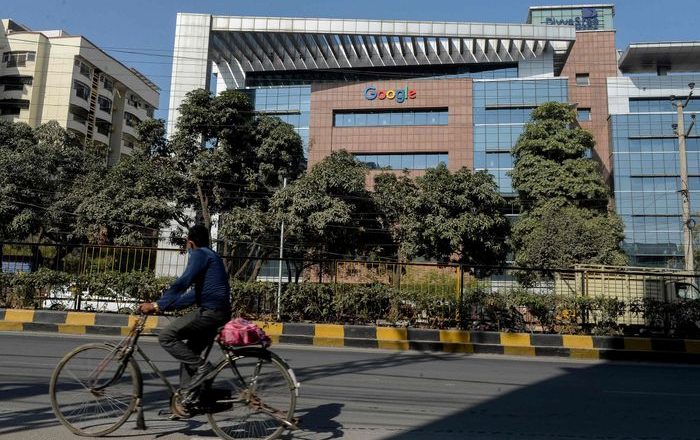 Shares of Google (GOOG:NASDAQ) fell by 3.11% in extended trading Tuesday after ffirst-quarter results from parent company Alphabet Inc. GOOG -3.04% on Tuesday afternoon showed that the tech behemoth is not immune to the economic pressure being faced by other companies in the sector.

The results took Alphabet’s share price down 3% after-hours even following a drop of nearly 4% during the market’s selloff in the regular session. The stock is down 18% so far this year, but has notably outperformed others in the online advertising space due to a belief that the company’s ad business, based mainly on search, was least exposed to the multi-headed challenges of growing inflation, supply chain woes and the war in Ukraine. Shares of Meta Platforms (FB:NASDAQ)—Google’s biggest rival in ads—are down 46% so far this year.

Google’s actual results won’t improve confidence in the group. The company noted in its conference call Tuesday that within the YouTube business brand advertising was strong compared with direct-response ads.

That contrasts a bit with results last week from Snap Inc (SNAP:NASDAQ)., which reported that its brand advertising business in particular was hit by “supply chain and labor supply headwinds.” But relative to Google’s other ad segments, YouTube is also seen as more vulnerable to the surging popularity of rival video platform TikTok, which has even more significantly affected the outlook for Facebook. Meta’s share price fell another 3% after-hours following Alphabet’s results.

Google is still in excellent shape financially. The company added $70 billion to its buyback plan—after repurchasing more than $50 billion in shares over the last 12 months—despite a “meaningful increase” in capital spending planned for this year.

Operating earnings of $20.1 billion for the quarter even came in 2% ahead of Wall Street’s projections despite the advertising revenue miss. But with the forces weighing down the global online ad business unlikely to abate in the second quarter, the biggest player in the business won’t remain unscathed.

In other news, Microsoft (MSFT:NASDAQ) reported its Q3 earnings after Tuesday’s market close beating analysts’ expectations on the top and bottom lines. The company posted revenue of $49.4 billion surpassing the $49 billion expected by Wall Street. Earnings came in at $2.22 versus $2.19 expected.

During the quarter, Microsoft’s all important Intelligent Cloud business saw revenue increase by as much as 26% year-over-year to $19.1 billion. The firm’s Azure business, meanwhile, rose 46% year-over-year.

Microsoft’s More Personal Computing segment, which includes sales of Windows 11 and its Xbox and Surface lines, jumped 11% year-over-year to $14.5 billion, with its advertising business rising 23% year-over-year.

Microsoft’s earnings follow a huge miss by Netflix (NFLX:NASDAQ), which reported losing 200,000 users, and Snap’s own disappointing report in which the company missed analysts’ expectations on profits and sales.

Microsoft is also in the process of acquiring video game giant Activision Blizzard (ATVI:NASDAQ). The $68.7 billion deal came saddled with baggage from accusations of widespread racial and sexual discrimination and harassment at the video game company. Activision is also embroiled in an insider trading allegation involving the company’s CEO Bobby Kotick.

It is alleged that Kotick together with two others – Alexander von Furstenberg and David Geffen placed bets which made them $59 million in profits on Activision Blizzard Inc. days before the videogame maker agreed to be acquired by Microsoft.