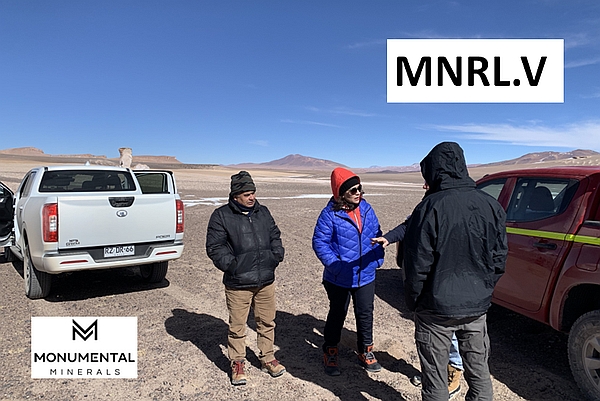 On June 29, 2022 Monumental Minerals (TSXV:MNRL) (FSE:BE5) (OTC:MNMRF) laid out its plans for the next phase of exploration work at the Laguna Blanca lithium (Li) brine and cesium (Cs) sediment project located within the Lithium Triangle in northern Chile.

Cesium is a little-known high-value alkali metal that melts at room temperature. It is used in the oil & gas sector to lubricate drill bits, and also in atomic clocks.

The presence of cesium could boost the economics MNRL’s lithium brine project. It sells for about $100/gram, making a single wheelbarrow of Cesium worth $12 million.

The Laguna Blanca Project lies within the eastern Andean Geomorphic Belt of Chile’s Central Andean Altiplano and is located 120 km from the Salar de Atacama, the largest producing salar in the world.

In June, 2022 MNRL’s CEO Jamil Sader and the Chilean geological team were on the ground at Laguna developing drilling targets by “confirming existing areas of interest and by establishing additional targets within the concessions that fall under the Company’s option agreement with Lithium Chile”. 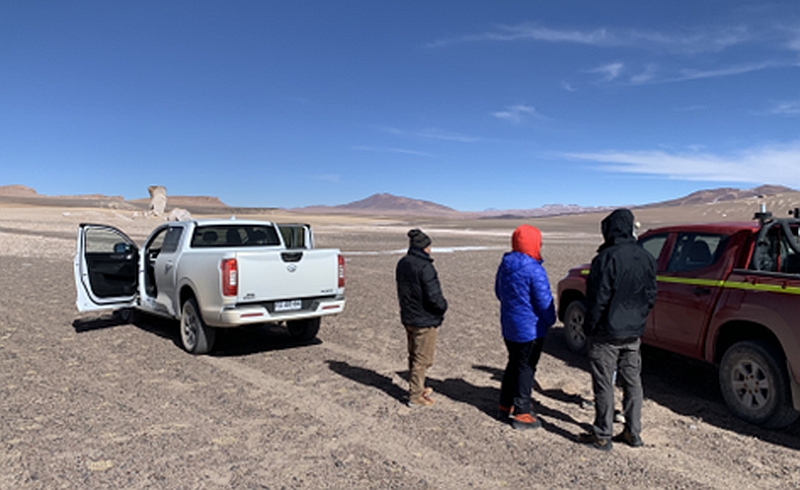 “We look forward to advancing our Laguna Blanca Project utilizing TEM geophysics and near-surface brine and sediment geochemistry,” stated Sader, “The results from this exploration work program will be quickly translated into the delineation of multiple drilling targets.”

“Monumental’s high-performance Chilean team have been instrumental in the planning of our field work program,” added Sader, “and they are a key part of our success in Chile to date and will be in the future.”

“The sample locations will be strategically selected to build on the previous sampling conducted by Lithium Chile” stated MNRL. “Within the 9 square km highly prospective area samples will also be collected based on assessments of the basin and on a transient electromagnetic (TEM) geophysical survey previously carried out by Lithium Chile.

Conductive anomalies from that survey occur from less than 100 m to 150 m below ground surface and have strike lengths of several kilometres. 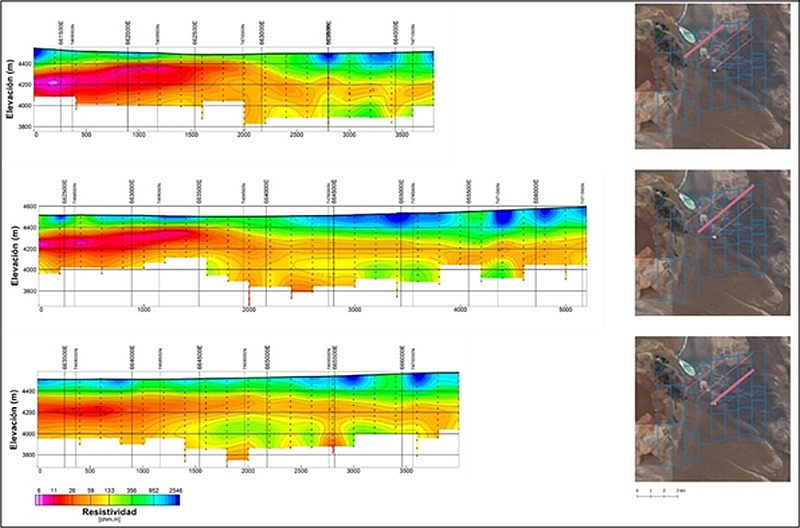 In the figure above, the hot colours (pink, red, orange, yellow) indicate a conductive anomaly at depths of less than 100 meters from ground surface and suggest a strike length of several kilometres with thickness of more than 400 metres.

Transient Electromagnetics (TEM) uses a controlled inductive source to generate diffusion and/or eddy currents in the subsurface whose secondary magnetic field response is then measured.

“The TEM survey has helped us to understand where the saltiest water in the aquifer is,” Sader told GSN, “This survey, plus shallow subsurface brine and sediment geochemistry, are instrumental in helping us to line up drill targets as quickly as possible.”

Lithium demand is driven by the explosion of mobile devices and EVs. According to a January 2022 IEA report, “Sales of electric cars hit 6.6 million in 2021, more than tripling their market share from two years earlier. 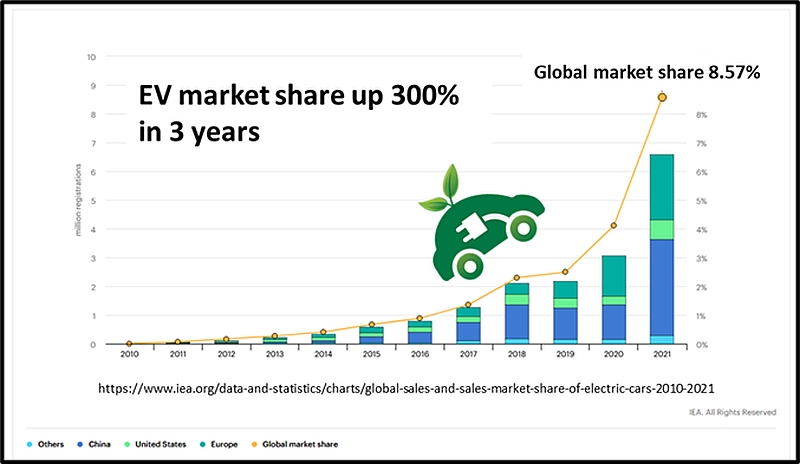