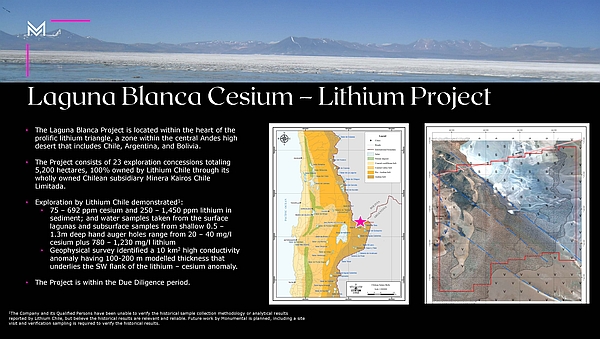 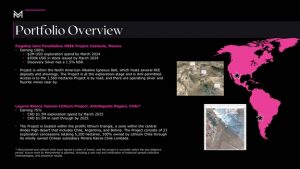 The Laguna Blanca Project lies within the eastern Andean Geomorphic Belt of Chile’s Central Andean Altiplano, 120 km from the Salar de Atacama, the largest producing salar in the world.

During a site visit to Laguna Blanca in early April 2022 – four surface grab sediment samples were collected close to the southwestern edge of the salar brine pool.

“The analytical results of the sediment samples returned values of 1160 ppm lithium, and 175 ppm cesium,” stated MNRL, “These values are very similar to proximal samples collected by Lithium Chile (the previous operator)”.

“The similarity indicates consistency in lithium and cesium concentrations year-over-year and provides confidence in a 9 km square highly prospective area within the claims that are under the Option Agreement with Lithium Chile.” 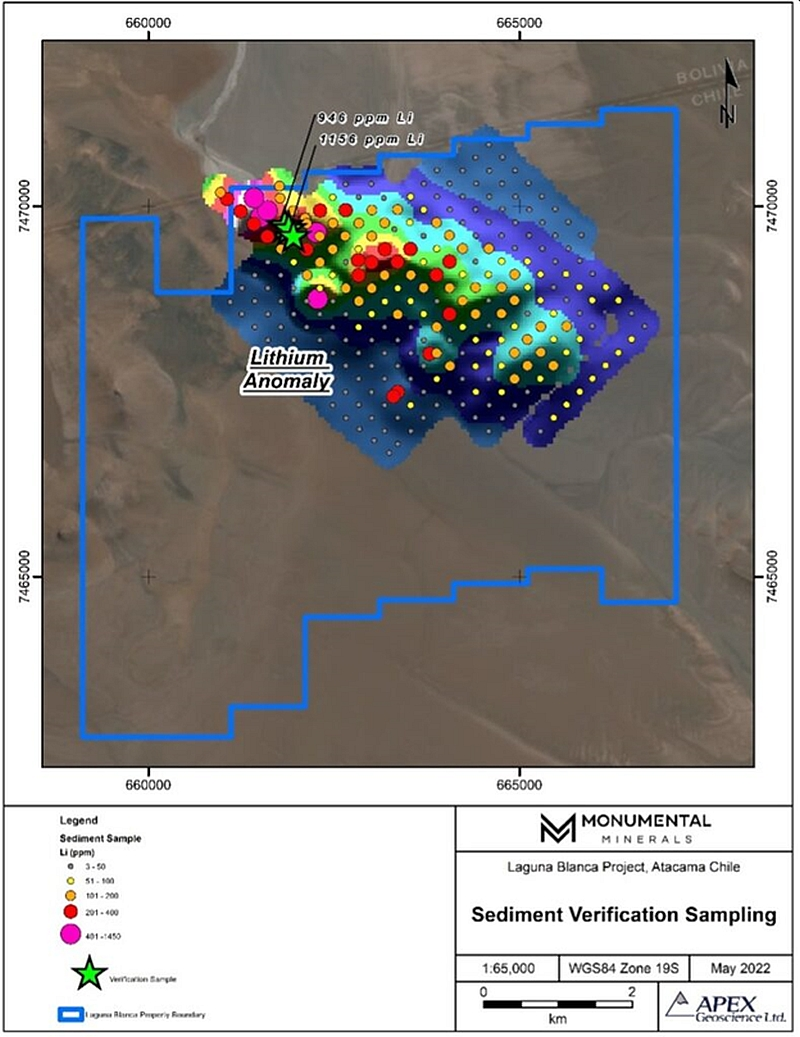 Due to the explosion in the demand for electric vehicles, the spot price of lithium has increased over 500% over the past 2 years.

In the video below, Monumental Minerals CEO, Dr. Jamil Sader speaks with GSN’s Guy Bennett about the project in Chile.

“The previous operator, Lithium Chile conducted an electromagnetic survey, which is key because it helps us see where the saltiest water is,” Sader told GSN, “The saltiest water typically indicates the highest lithium concentrations.”

GSN asked Sader to explain the industrial applications for Cesium.

“Cesium is used in the oil & gas sector because it’s effective at preventing blowouts and lubricating drill bits,” stated Sader, “It’s worth enough money that oil companies don’t own it. In most situations, they rent or lease it, recovering about 80%, then paying the difference.”

“The petroleum industry consumes more than half of the cesium produced annually,” confirms Earth Magazine, “Cesium is also used in atomic clocks and plays a vital role in GPS, the Internet, cell phone transmissions and aircraft guidance systems.”

“Canada is the leading producer and supplier of cesium ore, and the United States relies on Canada for all of its cesium,” added Earth Magazine.

“Cesium is an expensive metal that adds value to our project,” confirmed Sader.

GSN asked Sader for his current assessment of Chile as mining jurisdiction.

“I’ve been traveling to Chile for the last 15 years,” explained Sader, “I’ve made about 30 trips there. Chileans are very proud that they’ve got the strongest economy in Latin America. There has been a change recently to a more leftist government, focused on providing social programs – but I don’t see them trying to stifle foreign investment or mining.”

“Copper producers from BHP Group to Freeport-McMoRan Inc. will avoid a major shakeup of mining rights in Chile,” reports Bloomberg News on May 16, 2022.

“In a final vote on the Constitutional Convention floor on Saturday, a plan to replace the nation’s investor-friendly concession model with a system of temporary and revocable permits fell short of the two-thirds threshold needed,” added Bloomberg. 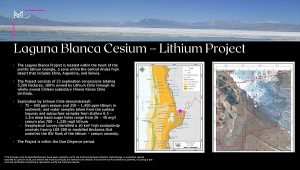 “The similarity in concentrations of lithium and cesium in our grab surface sediment samples, and previous samples collected by our partner, Lithium Chile gives us confidence in a prospective footprint of 9 km square for both sediment and brine,” stated Sader, “Our plans going forward will be to conduct more detailed surface and subsurface testing to further delineate this prospective area.”

Cesium sells for about $100/gram, making a single wheelbarrow of Cesium worth about $12 million.

“We’ll be drilling Laguna as soon as possible,” Sader told GSN, “I anticipate that we can drill by the by the third quarter of 2022.”