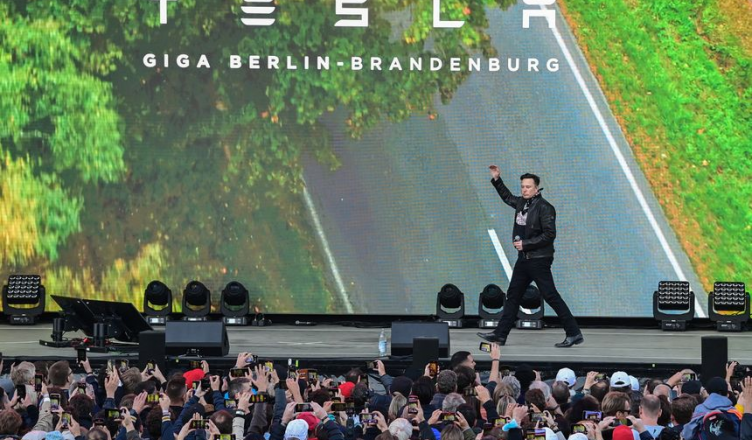 Shares of Tesla (TSLA:NASDAQ) rallied Thursday after CEO, Elon Musk said he had unloaded enough stock to achieve his stated goal of selling 10% of his Tesla shares. In a post to satirical Twitter handle @TheBabylonBee, Musk stated he finished selling Tesla’s stock for the year. This brings the total value of his share sales to more than $15 billion since the billionaire began exercising his stock options last month.

Mr. Musk last month polled Twitter users about whether he should sell 10% of his Tesla stock; those who voted on the social-media platform endorsed the idea. Mr. Musk held around 170.5 million Tesla shares at the time when he made the social media post.

The chief executive began exercising Tesla stock options and selling shares in the company on Nov. 8. However, Musk had a prior plan to exercise his options before comping online. The options being exercised are part of a tranche of around 23 million vested stock options which are set to expire in August 2022.

Regulatory filings show that Musk exercised stock options of more than 2.1 million Tesla shares. He also sold more than 934,000 of the shares worth about $528 million as revealed in a separate filing with the Securities and Exchange Commission. The stock sales leave Elon Musk with at least more than 2 million in stock sales short to meet his commitment. The precise number depends on how he defines his ownership stake.

Tesla’s shares had slumped after Mr. Musk began his selling last month. The stock followed through on its strong rally from the previous day, finishing 5.76% higher at $1,067.The stock has risen by 13% in the last two trading sessions, catapulting the company’s market value back above $1 trillion

The declaration by Musk removes an overhang on the stock with selling pressure and negative perception issues now removed as strategists can now focus back on fundamental drivers for the stock.

Musk’s sales of shares had put pressure on the stock, which peaked just before he took an over-the-weekend Twitter poll last month on whether he should reduce his holding. They’d tumbled about 24% through Tuesday since closing at a record high on Nov. 4.

Wall Street appears to have taken the news in good grace as analysts are bumping their bullish outlook on the stock. RBC had earlier increased its price target of the stock to $950. Wedbush analyst Daniel Ives raised his price target for TSLA stock to $1,400 from $1,000, stating that rounding off of stock sales by Musk is “good news after a dark few weeks for the Tesla bulls”.

The linchpin to the overall bull thesis on Tesla remains the company’s plans to increase manufacturing capacity. Tesla has undertaken a massive expansion of its manufacturing capabilities. The company intends to build 20 million electric vehicles annually over the next decade. This represents more than twice the current production of other auto-making giants.

Electric carmaker Tesla is clearing the final hurdles to get its massive German “Gigafactory” up and running in the new year. The factory in Germany would give the company more foothold in the European market. Tesla has also started the construction process for another in Austin, Texas, while it expands the plants in Fremont and Shanghai to increase production capacity

China is also another important factor in Tesla’s edge over other EV companies. The Chinese market is expected to account for 40% of Tesla’s deliveries in 2022. As the world continues to pivot towards electric vehicles, the tailwinds for the stock may just be gathering momentum. The fundamentals are beginning to look impressive as the company has started to make profit, a feat other EV companies have been unable to replicate on their balance sheets.