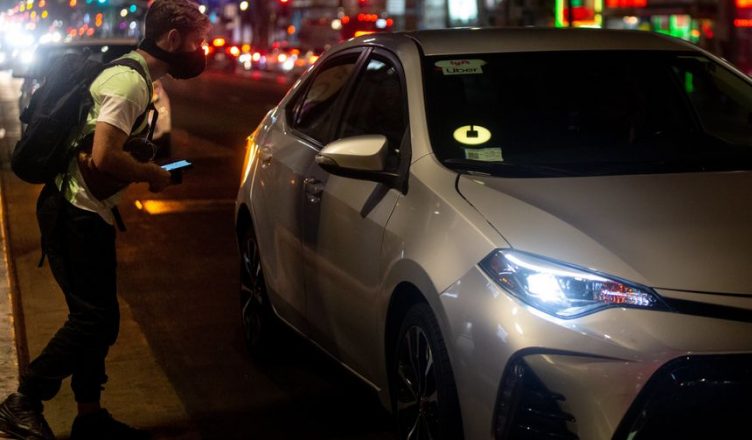 Shares of gig companies such as Uber Technologies Inc. (UBER:NYSE) and Lyft Inc. (LYFT:NASDAQ) tumbled after the Biden administration issued a proposal that could change the way it approaches workers’ employment status, a move that could upend the ride-hailing companies’ business models that rely on millions of gig workers.

The proposed rule, if adopted, could raise costs for companies like Lyft, Uber, Instacart and DoorDash (DASH:NYSE) that rely on contract workers to pick up shifts on their own schedules. Shares of Lyft fell 12% on Tuesday, while Uber dropped 10.4% and DoorDash shed 6%.

The proposal, released Tuesday by the US Labor Department, aims to clarify when restaurant workers, delivery couriers, ride-hailing drivers and other gig workers should be classified as employees, or independent contractors in business for themselves.

Categorization as an employee would require that businesses provide benefits and protections such as a minimum wage, paid overtime and contributions to unemployment insurance, which companies say would lead to prohibitive operational costs and reduce the amount of flexibility workers have over their jobs.

The Biden administration’s proposal lays out a new assessment for workers’ status that will consider multiple factors, including how “economically dependent” a person is on a company, the opportunity for profit or loss, and whether the work is integral to the employer’s business, among other criteria, to determine whether the person is truly in business for themselves.

The highly anticipated proposal differs from the current rule, which was created under the Trump administration and gave greater weight to how much control workers have over their duties and their opportunities for earnings.

The companies have argued that flexible schedules are attractive to workers, pointing to surveys showing the popularity of the model, which they say is made possible by the use of independent contractor status.

Some labor experts and activists have disagreed, however, saying the companies use the contractor model to reduce their own costs while denying workers important protections such as health-care benefits, overtime pay and the ability to organize into unions.

Gig economy giants like Uber, Lyft, DoorDash and Instacart Inc., connect millions of independent workers with jobs. The companies’ argue that classifying drivers and couriers that way allows workers to control how long and when they work, a degree of flexibility they claim people want.

However, labor advocates say the current system has left gig workers vulnerable and they should also be entitled to the wage and legal protections enjoyed by employees. Advocates like Gig Worker Rising applauded the long-awaited proposal, but others said it didn’t go as far as was expected from a pro-worker administration.

Prior to the announcement, gig companies, at state level, have poured millions of dollars into efforts to keep their couriers and drivers classified as independent contractors. In California, DoorDash, Instacart, Lyft and Uber bankrolled a $200 million campaign in 2020 to pass a hotly contested ballot measure designed to exempt them from a state law requiring the companies to classify most of their workers as employees. But after the win, Proposition 22 was later struck down by a state judge and the companies are appealing.

In Massachusetts, Uber and Lyft sought to secure a ballot measure concerning the job status of drivers. However, in June, they were dealt a setback when a court ruled the proposed measure violated state law and was not eligible to be put to voters this fall.

Still, the sharp stock decline reflects lingering investor concerns of what a gig-worker friendly administration could do. The fear is that there’s still a risk that a full reclassification could occur down the line. If this happens, this could raise costs for the companies, who rely on contract workers to drive on their own schedules.