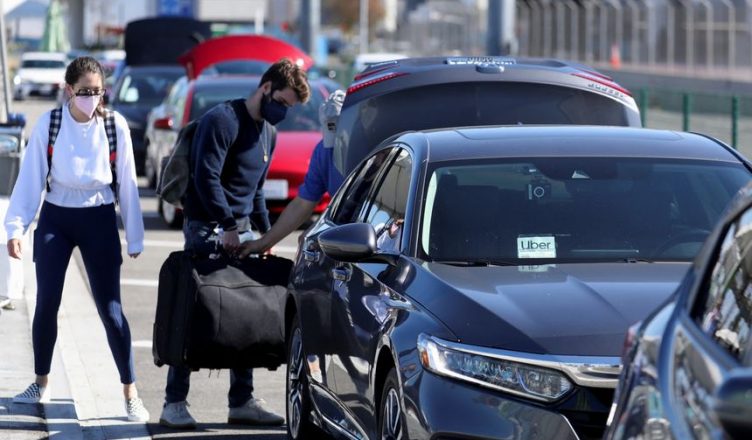 Shares of Uber popped almost 19% in extended trading Tuesday as the company’s cash flow turned positive for the first time. The company’s revenue came in at $8.07 billion, topping analysts’ consensus forecast of $7.39 billion. Still, Uber reported a net loss of $2.6 billion for the second quarter, $1.7 billion of which was attributed to investments and a revaluation of stakes in Aurora, Grab and Zomato.

The company reported adjusted EBITDA of $364 million, ahead of the $240 million to $270 million range it provided in the first quarter. Reuters reported Tuesday that Uber was already moving to sell its 7.8% stake in Zomato, an Indian food delivery service, via a $373 million block deal.

Gross bookings of $29.1 billion were up 33% year over year and in line with its forecast of $28.5 billion to $29.5 billion. The company reported 1.87 billion trips on the platform during the quarter, up 9% from last quarter and up 24% year over year. Monthly active platform consumers reached 122 million, up 21% year over year.

CEO Dara Khosrowshahi said in a prepared statement that Uber continues to benefit from an increase in on-demand transportation and a shift in spending from retail to services. Uber is making more money from its deliveries than before because of higher volume—driven by its expansion into household essentials and groceries—and lower delivery costs by combining those items with food, the company said.

Uber’s ride-hailing bookings drove much of the top-line growth in the most recent quarter, recording a 55% jump, and underpinned the company’s stronger-than-expected operating income.

Its Eats segment which was pivotal to the company during the pandemic continues to expand, though growth has slowed down in recent quarters. Bookings from Uber Eats grew 7% in the latest quarter, almost double from a year ago though it still fell short of analysts’ projections as the unit was weighed down by a deceleration overseas.

Despite the increase in fuel prices during the quarter, Uber said it has more drivers and couriers earning money than before the pandemic, and it saw an acceleration in active and new driver growth.

“Driver engagement reached another post-pandemic high in Q2, and we saw an acceleration in both active and new driver growth in the quarter,” Khosrowshahi said in prepared remarks. Drivers and couriers earned an aggregate $10.8 billion during the quarter, up 37% year over year.

Uber recently announced new changes that may help it continue to attract and keep drivers. One feature allows drivers to see earnings upfront, while another feature allows them to choose from a list of potential trips as opposed to sticking with the ride Uber matches them to.

Following its earnings report, Uber has received a number of upgrades from Wall Street analysts, some of who believe there is a 20-25% upside to the stock price.

However, the company’s lack of earnings growth could be a drawdown on the price action of its shares in the long term. Uber also has a lot of debt which is why it has struggled with profitability for a long while. It remains to be seen if investors would be more forgiven to Uber, a stock which has taken a lot of stick from investors because of its mounting losses.