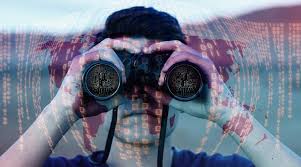 The S&P 500 and the Nasdaq Composite rallied to record highs on Thursday even as weekly U.S. jobless claims reached their lowest level since the pandemic. The broad-based index posted its 54th record close of the year when it finished the session at 4,536.95 (0.3%). The Nasdaq also rallied to a record close of 15,331.18 (0.1%). The Dow Jones Industrial Average was buoyed by the performance of Walgreens and Chevron to finish at 35,443.82 (0.4%).

The market responded positively to the weekly jobless claims numbers which showed that unemployment rates had declined to its lowest level since March 14, 2020. The Labour Department reported that first-time unemployment insurance claims for the week totaled at ended Aug. 28 falling below the economists’ estimate of 345,000.

Despite the fears that the Delta variant may have rolled back the reopening process, the unemployment report indicated yet another strong month for hiring. Rising infection cases in some states affected several sectors such as restaurants and logistics which had already been struggling with labour shortages. This dampened the expectations of the market for a positive report.

With jobless claims declining, this may give more firepower to the Federal Reserve to start tinkering with raising interest rates. Fed Chairman, Jerome Powell, has emphasized the need for more strong jobs data before the central bank would start to unwind its massive bond-buying program, putting a heightened focus on Friday’s employment report.

Powell, speaking at the Fed’s annual Jackson Hole meeting stated that though the central bank has seen sufficient progress on inflation, the labor market had not improved enough to start tightening monetary policies. Powell also emphasized that an easing on the Fed’s bond purchase program does not imply an immediate raise in interest rates.

Strategists are keeping an eye on the employment report which would be released on Friday. Many believe that this could wound the clock for the Fed’s tapering of crisis-era asset purchases that had added liquidity to financial markets. Economists are forecasting an additional 720,000 jobs for the month, down from 943,000 jobs added in July. They are also predicting a 5.2% drop in the unemployment rate for August compared to 5.4% in July.

The strong performance has dispelled notions of a bad September for the market. Given its antecedents, September is regarded as a historically weak month for the market. Since 1945, the index has declined on an average of 0.5% in September, making it the worst month in the year in terms of performance.

However, the stellar weekly jobless report has formed a consensus among investors that this September would be different from previous ones. Firstly, no one predicted Covid-19 and its effect on the economy. Even though significant progress has been made in terms of the return back to normalcy, several sectors are yet to fully reopen. This implies that the labour market still has the capacity to absorb more unemployed people. As such, unemployment reports for at least the next three quarters would continue to be impressive as more people get back to work.

Building on the premise that the Fed has indicated that tapering should not be interpreted as an immediate hike in interest rates, this would encourage investors to take on more risk thereby providing more momentum for the stock market. Recent data shows that even though momentum in the broader market is decreasing, the market is being kept afloat by a small group of tech stocks.

The five largest stocks in the S&P 500 are up an average of 10.2% in the last three months. Shares of Apple (APPL:NASDAQ) and Microsoft (MSFT:NASDAQ) have risen by 12% each, while shares of Alphabet (GOOG:NASDAQ) and Facebook (FB:NASDAQ) have rallied by 18% and 10% respectively. These stocks make up about 20% of the S&P 500 and 40% of the Nasdaq. Provided investors see opportunity in technology stocks, the market would continue to rally. Perhaps, the real concern should be that the rally in the market is narrowing, rather than the déjà vu of September.