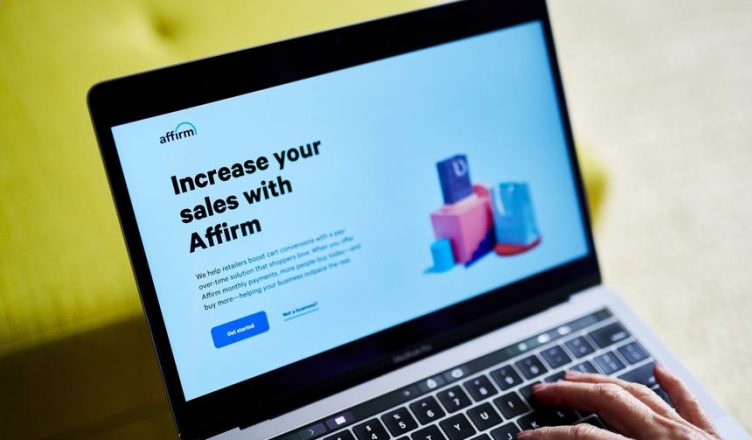 Affirm (AFRM:NASDAQ) shares tumbled on Thursday after the company accidentally tweeted its second-quarter results before the closing bell. Shares of the Buy Now Pay Later platform dropped by 21% to a share price of $58.68, a reversal from its performance earlier in the day.

Investors initially cheered the abbreviated results, but the mood dampened when the full earnings reports were released, punctuating Affirm’s breakout year. Revenue rose sharply to $361 million in the company’s second quarter from $204 million a year earlier. Analysts were expecting revenue of $329 million.

The company’s gross merchandise volume for the quarter was $4.5 billion, up 115% from a year earlier. Meanwhile, active consumers more than doubled to 11.2 million, and the number of active merchants accepting Affirm rose to 168,000, 21 times more than a year earlier.

Net loss for the quarter was $159.7 million, compared with a loss of $26.6 million a year earlier. The loss per share was 57 cents, widening from 38 cents a year earlier. Analysts had expected a loss of 32 cents a share. The company’s operating costs more than doubled to $557mn in the quarter, driven by big increases in sales, marketing and general and administrative expenses as it doubled its headcount and spent more on advertising.

However, the sour point in the earning reports was the company’s weak guidance for the coming quarter. Affirm anticipates $325 million to $335 million worth of revenues, a huge miss considering that Wall Street expectations for the current quarter stood at $335.5 million.

Investors were also betting on a lift from Affirm’s blockbuster deal with Amazon (AMZN:NASDAQ) —which makes the payments firm the sole provider for hundreds of millions of e-commerce shoppers purchasing office chairs, stationary bikes, and flat-screen TVs in monthly installments—but after the deal’s numbers were crunched into the 2022 fiscal year forecast, it all worked out to a modest 5% bump in projected revenue.

Affirm is one of several hot “buy now, pay later” companies, which offer short-term and low-interest loans to users when they buy consumer goods online. Affirm went public in January 2021, its shares nearly doubling in their trading debut. Deals with Shopify (SHOP:NYSE) and Amazon.com Inc. quickly established Affirm as the buy-now-pay-later provider of choice for big merchants.

The most common business model for the product relies on charging merchants a percentage of transaction values for the promise of higher sales associated with more flexible payment methods. But mounting competition from other fintechs, as well as incumbent finance companies getting into the market, has put pressure on such companies to seek out other streams of revenue.

However, its share price has fallen about 64% from its peak last November. Without deposits like a bank, a financial-technology player has to rely on market funding, which could get more expensive as the Fed hikes rates.

Affirm said its guidance already takes into account the current forward curve of higher rates. Rates could continue to rise, but there are some potential offsets. For example, its loans tend to be shorter duration, and it can adjust rates to some customers and still be more attractive than floating-rate revolving card debt.

Affirm and other highflying fintech stocks will have to keep adjusting to growing worries about the macroeconomic environment. The shares could be volatile, but investors shouldn’t entirely give up on the potential to buy now and profit late.