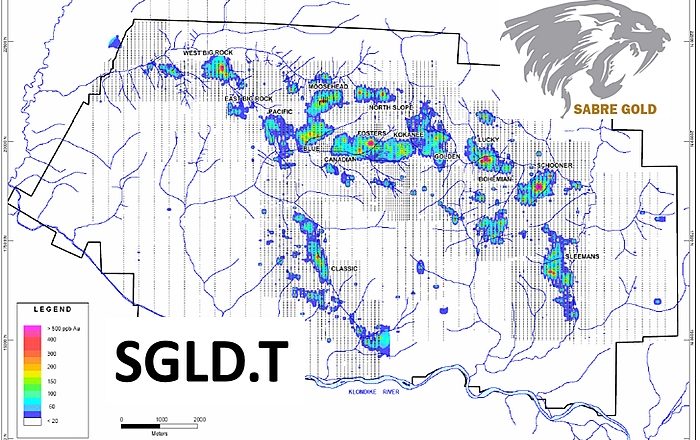 Gold prices are currently hovering around USD $1,800 an ounce, with the Bitcoin crowd declaring the yellow metal is a ‘horse and buggy’, and Goldman Sachs calling for $2,000/ounce gold in the short term.

In the west, we view gold as a hedge against currency debasement, but in the east it has a cultural and historical context.

“India is one of the largest markets for gold, and growing affluence is driving growth in demand,” stated the World Gold Council, “Gold has a central role in the country’s culture, considered a store of value, a symbol of wealth and status and a fundamental part of many rituals.”

As Bonifacio explains in the GSN interview, a $200/ounce rise in the price of gold, radically changes the economics of the Brewery Creek Mine.

Bonifacio: The formation of Sabre Gold was built on the back of a project called Copperstone, located in Arizona. We’re blessed with a lot of infrastructure, tailings, underground development. To restart the project, we’re looking at about $30 million.
GSN: Copperstone in Arizona is your lead asset, because it is targeted to go into production first, but you’ve just published a Preliminary Economic Assessment (PEA) on the Yukon project. What is a PEA? Why is it important?
Bonifacio: The idea is to advance the economics to a point where you’re reasonably comfortable that you’ve got a project that is economical. Because Brewery Creek was a former producer, the predecessor company, Golden Predator was looking at putting forth a feasibility study. We made the decision that – rather than rely on what would be a smaller permitting footprint and a smaller annual producing scenario – let’s take a pause on the feasibility. Let’s go and do a Preliminary Economic Assessment that captures what we believe the project will look like. It’s about coming up with good understanding of economic profile of this project. And with that information, you can make certain decisions in terms of what further changes can you make to optimize the economics.  At $1,700 gold, the returns are significant. Increased gold prices will also drive the economics of the bottom line. But we believe there’s a lot more ounces to add to this. And as we go through the process over the next couple of years, we can concurrently do the permitting and continue to drill it. The capital cost is modest. We’re currently looking at about $105 million in capital and sustaining another $18 million. Those numbers are very achievable.
GSN: The PEA projects a cash cost of USD $850/ounce, and an All In Sustaining Cost (AISC) of almost USD $1,000/ounce. Can you explain the difference between these two calculations?
Bonifacio: There’s a bit of history on that. In the past, the primary focus was capital costs. It wasn’t completely understood that on any project, there’s an ongoing requirement to invest capital. Which is the sustaining capital number. What do I have to spend every year to recover those ounces?
GSN: At Brewery Creek, you’re using a technique called heap leach extraction, can you tell us more about that?
Bonifacio: The upside frankly, is that you can move large quantities of material at a lower cost. The recovery levels are never going to be as high as you would see with a conventional operation.
GSN: At Brewery Creek, do you have unrecovered gold ounces on the heap leach pads now?
Bonifacio: There is an amount that was thrown out historically of 250,000 ounces. But we have to do further tests to establish what we can recover.
GSN: You have a Socio-Economic Agreement with the Tr’ondek Hwech’in tribe. How long has that agreement been in place? Can you tell us about it?
Bonifacio: The Tr’ondek are key stakeholders. We continue to upgrade discussions with them. That relationship should never be understated. It’s more of a partnership than anything else.
GSN: We noticed you purchased on the open market 539,000 shares of Sabre Gold late last year.
Bonifacio: That’ll be an ongoing thing. I wrote a check for about a half a million dollars to get a position – albeit a slightly higher price point than we’re at today, but I’m extremely comfortable with that position. 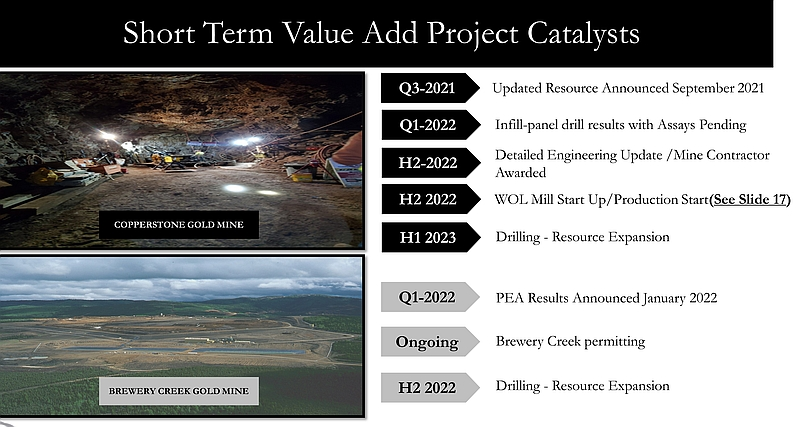