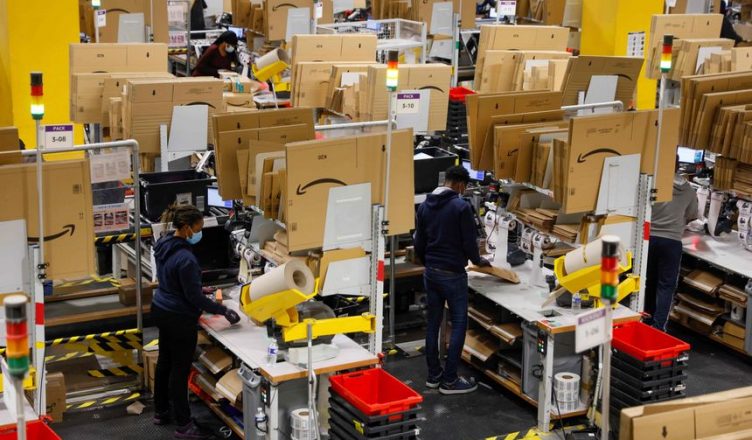 Shares of Amazon (AMZN:NASDAQ) closed 5.41% higher on Thursday after the company told investors that they’ll receive 20 shares for each share they currently own. The announcement which came on Wednesday is the mega retailer’s first stock split since the dot-com boom.

Amazon said the split will make the split-adjusted share price more accessible for potential investors and will allow employees more flexibility in how they manage stock-based compensation. The company also said the board authorized it to buy back up to $10 billion worth of shares.

Amazon is the latest mega tech company to water down the price of each share through a split. Google (GOOG:NASDAQ) parent Alphabet announced a 20-for-1 split in February. In mid-2020, Apple (APPL:NASDAQ) disclosed plans for a 4-for-1 split, and Tesla (TSLA:NASDAQ) told investors it was instituting a 5-for-1 split. Investors regard this move as a smart one considering that it would create buzz around the stock

Companies that split their stock are generally 25% higher a year later according to research from Bank of America (BA:NYSE). However, though this does not change the fundamental story on the stock, a stick split makes it more appealing to retailers because it appears cheap. This could entice investors back into a stock that had been treading water amid slowing growth as the company picks up spending on various initiatives.

A lower stock price would allow S&P Dow Jones Indices to consider inviting Amazon to join the Dow Jones Industrials. The price-weighted index counts on its constituent stocks having similar share prices in order to avoid disproportionate influence from a small set of stocks.

The company’s shares have lagged behind its mega tech counterparts as a pandemic-induced surge in online shopping slowed. Amazon is also facing greater competition in its cloud-computing business. Still, the company’s profits nearly doubled last year due to significant gains from its investment in an electric vehicle maker.

Andy Jassy, Amazon’s CEO, has faced a rough start to his tenure, which began in July. The company just reported its slowest rate of growth for any quarter since 2001 and, according to a recent Wall Street Journal report. However, the stock’s relative underperformance or the rocky start of the new Chief Executive hasn’t shaken the confidence of Wall Street.

Distributions from the stock split will be made to Amazon shareholders at the close of business on June 3, and trading will begin on a split-adjusted basis on June 6. Amazon shares are up more than 4,300% since the last split was announced.