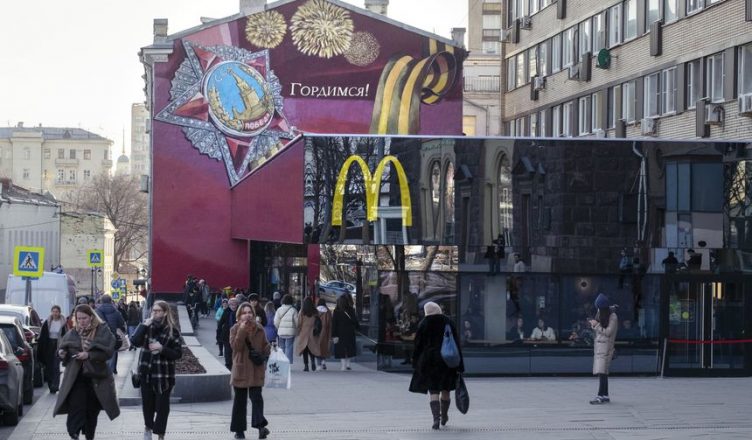 Restaurant stocks had a somewhat flat day in the market despite the announcement of shutting down operations in Russia in response to the Ukraine invasion. Fast-food giant McDonald’s (MCD:NYSE) led the boycott when it first announced it will temporarily suspend operations at its 850 locations. In a regulatory filing, the Chicago-based company, said its restaurants and the company would remain closed, though it would continue to pay its 62,000 Russia-based employees.

In a message to staff and franchisees, Chris Kempczinski, the chief executive of McDonald’s, said the situation was “extraordinarily challenging for a global brand like ours”, which he said worked with hundreds of local suppliers and partners producing its food. “We understand the impact this will have on our Russian colleagues and partners,” he said.

“The conflict in Ukraine and the humanitarian crisis in Europe has caused unspeakable suffering to innocent people. As a system, we join the world in condemning aggression and violence and praying for peace,” Kempckinski added.

The boycott was followed by Starbucks (SBUX:NASDAQ) which said it is suspending all business activity in Russia, including shipment of its products and cafes run by a licensee. The company said that Kuwait-based Alshaya Group, which operates at least 100 Starbucks cafes, would still support its nearly 2,000 staff in Russia “who depend on Starbucks for their livelihood”.

Late on Tuesday, PepsiCo (PEP:NASDAQ) towing the same line, said it was suspending all advertising in Russia and stopping the sale of its drinks brands, after a similar announcement by its rival Coca-Cola. The company said it would support its “20,000 Russian associates and the 40,000 Russian agricultural workers in our supply chain”. PepsiCo also stated that it would continue to sell daily essentials, such as milk and other dairy offerings, baby formula and baby food, in Russia.

In recent days, calls to boycott McDonald’s, Starbucks and other chains still operating in Russia have grown on social media. Ukraine’s foreign minister, Dmytro Kuleba, in a recent interview stated that “all western companies must withdraw from Russia” on humanitarian grounds. “We were upset to hear companies like Coca-Cola and McDonald’s remain in Russia and continue providing their products,” he said.

Albeit, the suspension of operations in Russia has not been unanimous, as some food companies still operate there. Yum! Brands Inc. (YUM:NYSE) announced the suspension of all investment and restaurant development in Russia, and the temporary closure of its 70 KFC locations. However, the company stated that it was signing an agreement with its Pizza Hut franchisee to halt business at its 50 locations. The company has around 1,000 KFC restaurants in Russia, nearly all of which are operated by independent owners under license or franchise agreements and will continue to operate.

In the same vein, A Restaurant Brands International Inc. (QSR:NYSE) spokeswoman said the company’s more than 800 Burger King restaurants remain open in Russia, as they are stand-alone businesses owned and operated by local franchisees. “We have longstanding legal agreements that are not easily changeable in the foreseeable future,” she said.

Analysts expect that the shutdown of operations in Russia could have an impact on their earnings. though its impact has been downplayed especially when compared to other sectors such as financials and airlines who have been severely hit by the crises in Ukraine.

Russia and Ukraine accounted for about 9% of McDonald’s revenue last year, given the high percentage of company-owned restaurants in those markets. Both countries accounted for 2% of overall sales, and less than 3% of the company’s operating income.

Investors digested the news from the food companies with mixed reactions which some would consider to be ironic. While Yum! Brands and Restaurant Brands both finished 1.7% higher, PepsiCo, MacDonald’s and Coca-Cola finished the day in negative territory. Pepsi lost 2.8%, while Coca-cola lost 3.8%. The impact on Macdonald’s AND Starbucks was less severe as both companies’ shares slipped by a paltry 0.69% and 0.54% respectively.