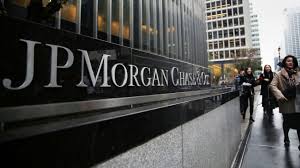 Major players on Wall Street would take the center stage on Wednesday when banks report earnings. JPMorgan (JPM:NYSE), BlackRock BLK:NYSE), and First Republic Bank (FRB:NYSE) would set the ball rolling before the opening bell. The main course would be served on Thursday when majority of the banks would be releasing their earnings for the quarter. Bank of America (BA:NYSE), Morgan Stanley (MS:NYSE), Citi Group (C:NYSE), and Wells Fargo (WFC:NYSE) are all scheduled for Thursday’s earnings roll-call.

Bank stocks have been one of the best trades financial performers of the year. They have consistently beaten Wall Street estimates. While core lending activities are due to record low-interest rates, revenue has been driven by trading activities and wealth management services. In Q2 Morgan Stanley saw its wealth management revenue jumped by 47% to $5.96. Citi Group saw its advisory fees for deals surged 77% in the same quarter.

JP Morgan, Bank of America, and UBS (UBS:NYSE) all reported a spike in their revenue due to investment banking activities. Analysts are expecting banks to continue showing strength this quarter. Wall Street is expecting about 75% of the companies to report a 2% spike in earnings from a year ago.

Banks have been resilient in the face of economic recession. The mandate from the Federal Reserve to increase their balance limits and set aside money for losses from bad loans have left banks more financially buoyant. Many have begun to initiate buy-back programs to reinvest their cash.

U.S. bank stocks are on track for their biggest yearly gain in the last 4 years. The KBW Bank Index has rallied by 40% so far this year outpacing the 17% rise of the S&P 500. With the Federal Reserve set to raise interest rates in the no distant future, bank stocks are primely positioned for a further rally. higher interest rates and the redeployment of cash would bolster banks’ earnings.

Such bullish sentiments have led to a slurry of upgrades for stocks in the financial sector. Not everyone shares this outlook. The current debate on Wall Street is whether banks are priced too close to perfection. Contrarians believe that the positive macro-economic outlook for banks is currently priced into their stocks which have elevated their values. With banks currently trading above their historical averages, adherents of this school of thought believe that it may be time to take some profits off the table heading into the earnings.

This perhaps explains the bearish pressure bank stocks have been faced with lately. Morgan Stanley was hit with downgrades on back-to-back days late last month, with analysts at Oppenheimer and Berenberg both citing valuation concerns as the reasoning behind their cuts. Morgan Stanley on its part downgraded Wells Fargo citing regulatory challenges

Though bank valuations are elevated when compared to historical trends, this does not give the complete picture. Bank stocks are relatively cheap when compared to valuations in the broader market. Given the generally favorable macroeconomic outlook and the prospect for higher rates and faster loan growth, banks have a lot of firepower going into 2022.

However, while this quarter’s earnings may settle the debate around valuations, the outcome may be insufficient to hold the attention of investors who seem to be pivoting away from the market. The market is boring and would remain so until the Fed makes a tentative move. The bulk of the near-term price action will be based on Treasuries and macro forces. Investors are just bidding their time, knowing that the central bank would definitely pull the trigger on interest rates. When that happens, the flight to safety of bonds would make equities less palatable.