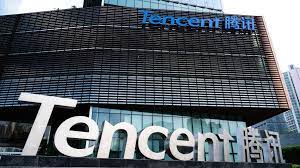 Shares of U.S.-listed Chinese stocks have been moving higher on what seems to be some positive news in a sector that has been tainted with negativity for much of the year. Shares of Chinese stocks rallied strongly, further stretching their gains to a three-day streak. Pinduoduo’s (PDD:NASDAQ) shares rallied by 6.3%. Baidu (BIDU:NASDAQ) gained over 4% and JD.com rose slightly above 6%. Alibaba (BABA:NYSE), TenCent (TCEHY:OTCMKT) and Didi (DIDI:NYSE) also rallied by 8.2%, 7.8% and 3% respectively.

The Nasdaq Golden Dragon China Index (HSX:NASDAQ) — which tracks Chinese firms listed in the U.S. market closed 5.3 %higher at the end of Thursday’s trading session. This is the index’s biggest jump since late August.

Investors regained their risk appetitive for Chinese stocks following a report that Charlie Munger’s Daily Journal Corp. (DJCO:NASDAQ) had increased its Alibaba stake by 83% last quarter. Munger is popularly known for his role in Berkshire Hathaway (BRK-A:NYSE) as the vice-chairman, and Warren Buffett’s long-time business partner and friend. However, the 97-year-old billionaire is also the chairman of Daily Journal Corp since 1977 and manages the newspaper publisher and legal software provider’s investment portfolio.

Daily Journal Corp invested $40 million into Alibaba in the first quarter of this year, and another $25 million within the last quarter. The investment in Alibaba is the only addition to its US stock portfolio since at least the end of 2013 when Daily Journal Corp began disclosing its holdings. As of June 30 this year, Daily Journal owned only nine stocks in its portfolio, worth a combined $350 million.

Renewed interest in U.S-listed Chinese stocks received a further boost after President Joe Biden and President Xi Jinping announced they would hold their first summit before the end of the year. The event which would take place virtually is seen as a positive sign by strategists, to what has been a frosty relationship between both countries.

Chinese stocks have been viewed as a ‘no-go area’ by most investors in the United States. Following the slurry of crackdowns from Beijing whose ripples have reverberated across sectors such as technology, education, and gaming, global investors have grown cold feet when it comes to investing in China.

President Xi Jinping has called for more equitable wealth distribution in the country, a statement that sent a red flag for the global investing community. The recent Evergrande crisis fanned more embers of skepticism leading to chatter that the Chinese economy may not be as strong as being projected.

With China showing no signs of slowing from the crackdown, investors have chosen to play it safe and divert capital to other emerging markets in the region such as Bangladesh and Vietnam. However, it appears many investors are reconsidering their earlier stance on China due to the move by Munger’s Daily Journal Corp.

However, Munger may be another point in the continuum of investors taking advantage of the cheap asset prices to place huge bets on China. It would be recalled that the world’s largest asset manager, Blackrock (BLK:NYSE) increased its footprint in China. Last month, the New York-based management firm raised $1bn for the first Chinese mutual fund wholly owned by a foreign asset management company in China. Blackrock’s bet drew the ire of Wall Street leading to scathing remarks from investors such as George Soros who termed Blackrock’s foray into China irresponsible.

With the Chinese market set to reopen on Friday after a week-long holiday, investors would be watching how the mainland market react to the Biden-XI summit. The news has already received a positive reaction from the Hong Kong stock market. However, given the antecedents of Beijing, the huge question mark on how investable the world’s largest economy is, still lingers.