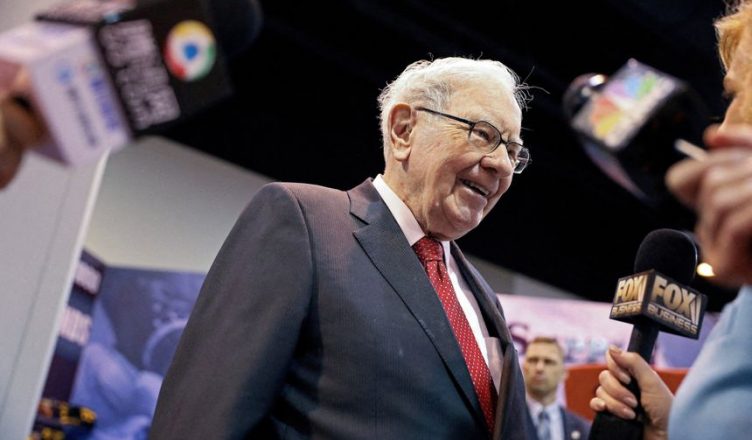 The stocks that Berkshire Hathaway (BRK-A:NYSE) revealed new positions spiked on Tuesday after investors leafed through the 13-F filings of the conglomerate which were made public late Monday.

Warren Buffett’s Berkshire spent roughly $9 billion on the stock market in the third quarter, with roughly a third of that money going toward energy companies Occidental Petroleum Corp. (OXY:NYSE) and Chevron (CVX:NYSE). Overall, Berkshire spent $66 billion buying stocks in the first nine months of the year. That is more than 13 times its spending over the same period in 2021.

Berkshire also acquired a $4.1 billion stake in Taiwan Semiconductor Manufacturing Co. (TSMC:NASDAQ). This boosted the shares of the world’s largest contract chipmaker by nearly 8%. TSMC’s shares are down 39% in the year to date prior to Tuesday’s opening.

Berkshire’s investment was a welcome bit of good news for a company that has been caught in the middle of geopolitical storms this year, including Chinese military drills in the Taiwan Strait and a U.S. move to sanction Chinese chip makers. The global semiconductor industry has also suffered broadly from a slowdown in chip demand this year.

The three months through September were a tumultuous period, when hopes and fears around Federal Reserve policy sent stocks flying higher—then crashing. The S&P 500 in September logged its biggest monthly drop since the Covid-19 selloff of 2020.

Berkshire wound up seizing narrow windows of opportunity to buy energy stocks when they were trading down from recent highs—a move that has proved prescient, given how energy stocks have soared once again.

For instance, Occidental Petroleum climbed to $75.26 a share in August. At the time, that marked its highest price for the year. Over the following weeks, the stock market tumbled. Berkshire waited.

Then, in the final week of September, Berkshire bought nearly 6 million more Occidental shares at prices ranging from $57.91 to $61.38, according to an SEC filing. The timing could hardly have been better. Occidental’s stock has risen above $70 a share once again.

Over the course of the third quarter, Berkshire also added to its stake in Chevron. Berkshire had about $24.4 billion of Chevron shares at the end of September, making it the company’s third-biggest stockholding.

Energy stocks have soared in 2022, thanks to Russia’s invasion of Ukraine sending oil prices higher. Even as crude oil has retreated from its high of the year, energy stocks have continued to dominate the stock market. Analysts have viewed Berkshire’s big bets on energy as a way to benefit from inflation, which has proved to be stronger and more persistent than many anticipated.

Berkshire also unloaded roughly $5.3 billion of stocks in the three months through September, according to filings.