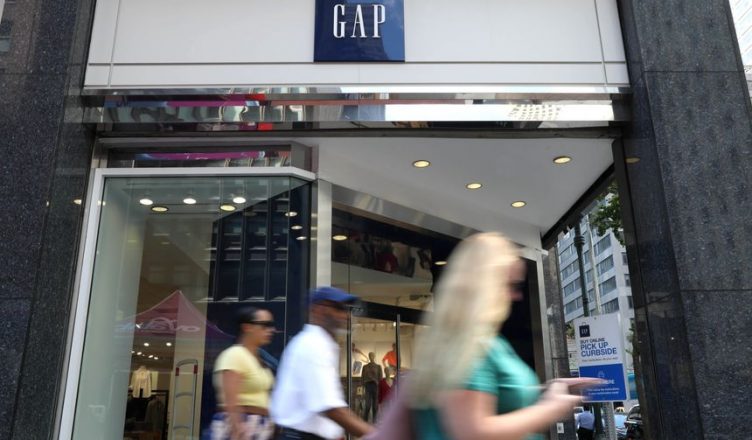 Gap generated $4.04 billion in revenue for Q3 2022 beating $3.8 billion which Wall Street was expecting. Gap’s net income rose to $282 million, or 77 cents per share unadjusted, a dramatic improvement from a net loss of $152 million, or 40 cents per share, in the year-ago period.

Gap’s improved revenue performance comes as it has dealt with factors inhibiting its performance such as persistent inflation and overstocked inventory. As a result, the San Francisco-based company has instituted a number of changes aimed at revamping its business and reducing expenses, including striking a recent deal with Amazon.com Inc. to sell its apparel on the e-commerce juggernaut’s marketplace.

Chief Financial Officer Katrina O’Connell said in a news release while the company made progress in reducing its bloated inventory, it will “continue to take a prudent approach in light of the uncertain consumer and increasingly promotional environment as we look to the remainder of fiscal 2022.”

However, the apparel retailer gave a cautious outlook for the holiday season. Gap said it anticipates its overall net sales could be down mid-single digits year-over-year in the fourth quarter of fiscal 2022. In August, Gap withdrew its full-year guidance, citing company-specific struggles along with high inflation and lower consumer sentiment.

By the end of fiscal 2022, Gap expects to complete the majority of its 350 planned Gap and Banana Republic store closures in North America. It also said it expects to align its inventory levels with consumer demand by the spring. Gap ended the third quarter with 3,380 store locations over 40 countries.

The retailer has been coping with a glut of apparel that’s out of season, out of style or the wrong size. Bloated inventory has become a problem for many retailers, including Gap. A year ago, Gap struggled to keep up with demand, as factories shut temporarily because of Covid and goods got stuck in congested ports.

The retailer went as far as paying extra to fly in apparel by air freight. But delays and backlogs meant some seasonal merchandise still arrived too late. Inventory has piled up in recent quarters as consumers seek dressier clothes instead of casualwear. Gap’s inventories were up 34% in the first quarter and 37% in the second quarter. Gap been forced to offer deep markdowns, cutting into profits.

At the end of the third-quarter inventories were up 12% as the company continued to pack and hold merchandise to sell another time. The company also saw higher levels of slow-turning basics and some leftover seasonal products, O’Connell said.

She said the company is “committed to getting our inventories cleaned up so that we don’t continue to carry the excess inventory into next year.”

Old Navy, one of Gap’s brands, has faced a more specific inventory issue: The division decided to offer more plus-sized women’s apparel, but the move wound up leaving stores with too many extended sizes and not enough of popular sizes. Gap said Thursday that Old Navy made strides in the third quarter to improve its balance of sizes, which drove sales.

The company is looking for a new CEO after Sonia Syngal departed this summer and playing out a high-profile breakup with Ye’s Yeezy brand. Ye, formerly Kanye West, terminated his contract with Gap in September citing what he called contract breaches and a lack of creative control. Gap removed all Yeezy products from its stores in late October, after West made public antisemitic remarks. Gap said Thursday it incurred $53 million in impairment charges related to Yeezy Gap.