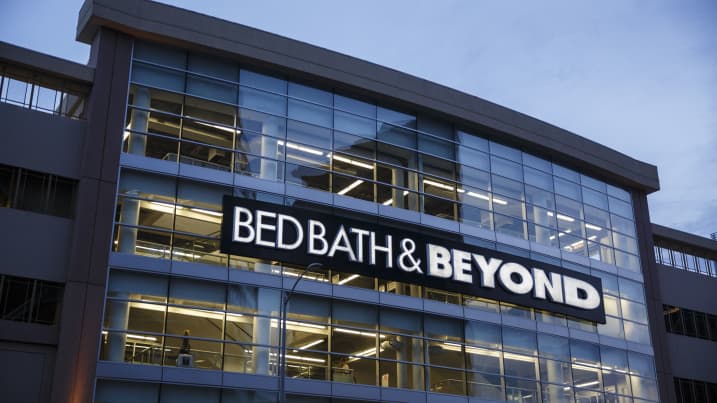 It was a bloodbath for Bed Bath & Beyond (BBBY:NYSE) after the company announced a drop in retail sales due to supply chain issues. Shares of the big-box retailer cratered by 22.18% on Thursday as investors liquidated the company’s shares following poor fiscal second-quarter results.

Bed Bath & Beyond CEO, Mark Tritton, during the company’s earnings call stated that sales and profits in the second quarter declined due to a rise in operational costs as a result of supply chain issues. The retailer also issued weak guidance for the coming quarter, cutting its revenue and earnings forecasts.

The poor fiscal performance as expected did not augur well with investors who reduced their holdings in the company. The sell-off also spilled over into other retail stocks as investors weighed the effect of supply chain bottleneck on their revenues.

The macroeconomic outlook for retailers has sparked a slurry of downgrades from analysts covering the sector. Analysts at Bank of America (BA:NYSE)  downgraded Kohl’s stock two notches down from buy to underperform from buy.

Consumer prices have been impacted by supply chain issues and inflation. Data from the Bureau of Labor Statistics released last week clocked at 5.3% higher on an annualized basis. Inflation rate has risen at its  fastest rate of increase since 2008.

Despite this quarter’s poor fiscal performance, the company’s management has minataies a positive outlook. Bed Bath & Beyond has been remodeling its stores and launching in-house brands that sell everything from bath towels to cooking utensils to dorm decorations.

These efforts were actually paying off in the prior quarter, when the company announced blow-out earnings. However, the resurgence of the delta variant and rising inflation coasts have tapered the momentum.

The steep drop in Bed, Bath & Beyond’s shares comes as a reality check for the erstwhile meme stock. BBBY’s share price in January spiked, from $18 per share to nearly $43 by the end of the month.

The company’s stock popped 30% in a single trading session in June after a hoard of retail investors descended on the stock to squeeze short sellers out.

However the company has since lost momentum as the frenzy surrounding meme stocks has died down. The stock has lost over 50% of its value since June, and almost 40% within the last month.

The broader basket of meme stocks has shed more than a third of its value from that January peak according to data from Bloomberg. This perhaps vindicates the strategy of short sellers, and provides a painful lesson to the meme stock chasers that fundamentals matter more than hype.

With supply chain issues expected to persist till 2023, it appears that there is a lot of headwind for retail stocks. As such, the drop in shares of Bed, Bath & Beyond is likely to continue especially if the short interest on the stock continues to pile up.