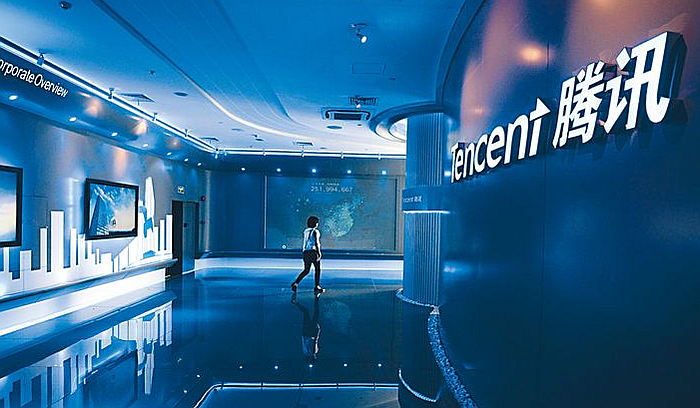 Chinese online games stocks plunged after investors raised concerns of a possible regulatory crackdown following a highly critical report from a state-owned Chinese newspaper. the Economic Information Daily minced no words in its scathing criticism against online games which it referred to as a ‘spiritual opium’. Text from the original article read: “Society has come to recognize the harm caused by online gaming and it is often referred to as ‘opium for the mind’ or ‘electronic drugs’.

The original article was taken down and replaced with a new one with a watered-down tone, though the crux remained the same – online game addiction was on the rise and affecting the educational and social lives of Chinese children and Teenagers.

The original article singled out Tencent (TCEHY:OTCMKT), an internet and technology company that owns games such as Honor of Kings and League of Legends. Citing comments from interviewees, the Economic Information Daily called for more as saying gaming platforms should be more socially responsible gaming platforms that were not incentivizing players to chase profit, and called for regulatory penalties. “No industry or sport should develop at the price of destroying a generation,” a text from the article read.

The state-owned newspaper also called for stricter measures from parents to protect their children from the addictive nature of games by adding anti-addiction safeguards. It remains unclear if the article was expressing the views of Beijing or those of the editor. However, senior communist party officials have also taken a similar stance to the newspaper article in the past and expressed concerns about the impact of video games on Chinese youths.

This is not the first time that China has tried to rein in video games. In 2018, the country froze new game approvals citing concerns of its impact on the eyesight of youngsters. The next year (2019) China set rules for playing time, banning citizens under 18 years from playing online games between 10 p.m. and 8 a.m.

Investors took this as a cue of an impending regulatory crackdown from the Chinese authorities and quickly headed towards the exit door. Shares of Tencent fell by as much as 7% while NetEase Inc. (NTES:NASDAQ) and Bilibili Inc. (BILI:NASDAQ) plummeted by 12% and 7% respectively.

In recent months, Beijing has stepped up regulatory scrutiny of big technology companies over issues concerning data security and antitrust behavior. This has sparked off a sell-off of U.S Chinese listed stocks, with China bulls been forced to step back and reassess the situation. Shares of Alibaba (BABA:NYSE), Baidu (BIDU:NASDAQ), and JD.com (JD:NASDAQ) have dropped by an average of 8% within the last month.

The newspaper publication has rattled not a few nerves, and would surely have a devastating blow on the finances of online gaming companies. In 2018, Tencent lost more than $1bn and a prolonged slump in its share price when the government refused to renew approvals for games. If China goes ahead to regulate or ban online games, this could lead to losses amounting to billions of dollars for Chinese gaming companies.

More importantly for US investors, the move would further dampen any positive sentiment of Chinese stocks listed on US exchanges and would lead to a broader sell-off. Already the Securities and Exchanges Commission has issued tighter disclosure requirements for Chinese companies hoping to be listed on U.S. exchanges.

Institutional investors who were bullish on China have begun taking their foot off the pedal following the uncertainty from the Asian giant. ARK Invest one of the funds with a bullish outlook on China dumped all its Chinese listing in the wake of increased regulation over Chinese companies. CEO, Cathie Wood during the company’s monthly webinar stated: “From a valuation point of view, these stocks have come down and again from a valuation point of view, probably will remain down.” The ARK team have been unloading shares of Chinese companies since early July at the height of Chinese regulatory scrutiny