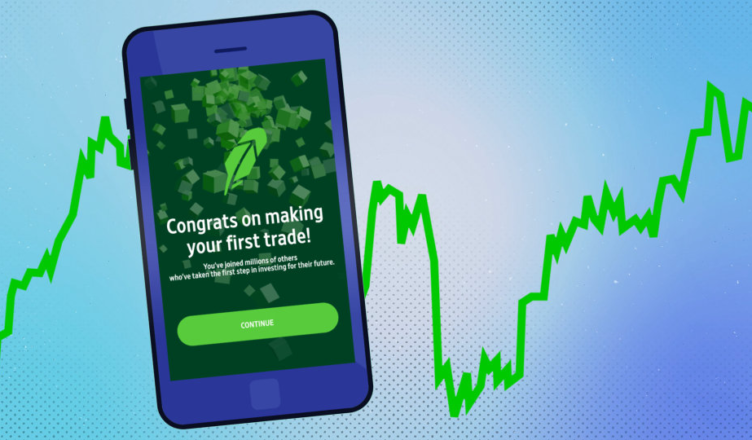 The public debut of Robinhood Markets (HOOD:NASDAQ) got off to a disappointing start after its shares dropped by as much as 10% after they began trading, raising questions on the timing of the company’s decision to go public.

The much-anticipated IPO failed to get any momentum from the retail investors whose interest it claims to protect. Robinhood’s stock trading under the symbol HOOD opened on the Nasdaq exchange at $38. The stock quickly fell to around $35 before retracing some of the losses.

A dismal public listing is what Robinhood and its underwriters were trying to avoid. this influenced the way its shares were priced. Robinhood also took an unconventional approach to IPO roadshows by hosting a live-streamed presentation for individual investors. In an attempt to democratize its IPO process, Robinhood decided to allocate between 25% and 35% of its offering to its own users.

Robinhood CEO, Vlad Tenev said in an interview. “One of our company values is ‘participation is power,’ It didn’t seem right for us that IPOs had typically been reserved for the top 1%.” Robinhood also tried to discourage users from unloading shares received in its IPO immediately The online brokerage warned users that they could be restricted from participating in future public offerings on Robinhood if they sell their shares within the first 30 days.

However, despite the methods employed by Robinhood to shore up interest in its stock, it did not attract the fanfare it was expecting. The stock closed at $34.82, 8.3% off its IPO price. There are a couple of factors that can explain Robinhood’s poor opening.

Firstly, it appears retail investors are distancing themselves from the stock. Robinhood is still being vilified for restrict trading in shares of meme stocks at the height of the Gamestop frenzy. For a company that claimed to be protecting the interest of retail investors, the move did not augur well with its customer base. Going by chatter on social media platforms such as Reddit and Twitter, individual investors were discouraging their peers from buying the stock, a revenge play for its role in the GameStop sage.

A second reason is the slew of regulatory scrutiny which the company is currently facing. Robinhood disclosed on Tuesday that it had received an investigative request from the Financial Industry Regulatory Authority seeking information about the company’s compliance with registration requirements for personnel. As such, it is logical that investors would want to sidestep a company embroiled in regulatory scrutiny

There are also questions on the sustainability of the company’s revenue. Robinhood raked in roughly $30 million during the first quarter thanks to crypto trading. The volatile nature of cryptocurrencies has made investors skeptical about the company’s future earnings.

There is also anxiety surrounding Robinhood’s reliance on payment for order flow, the practice that generates most of the company’s revenue. Given the antecedents of the GameStop frenzy, investors are worried that the online broker may rout orders to a particular market maker for their benefit, and not in the investor’s best interest.

lastly, it appears that the market is losing its appetite for blockbuster listings. Shares of the much-anticipated IPOs this year have fallen out of favour with investors, with most of them trading below their IPO price. Roblox (RBLX:NASDAQ) shares that went public on March 10 have been slipping downwards after peaking in June when the stock almost hit the $100 mark. Coinbase (COIN:NASDAQ) shares have lost 28% since going public on April 14.

Bumble (BMBL:NASDAQ) which spiked well more than 60% higher in its public debut has fallen by 26% below its IPO price. Coursera (COUR:NYSE) is sitting 20% below its IPO price after rising by as much as 30% this year. Robinhood seems to be towing the same path as other blockbuster IPOs this year.

Given its dampened sentiment among retail investors, the market’s seeming apathy to blockbuster IPOs, and the catalog of regulatory inquiry facing the company, the online brokerage may be paying the price for what seems to be a mis-timed public listing.