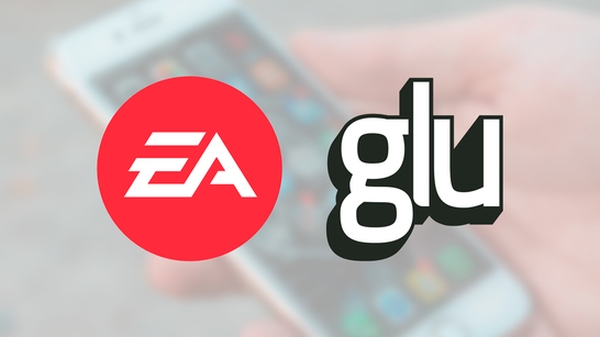 The deal, which is estimated at $2.1 billion, will see Glu shareholders receive a return of $12.50 in cash per share of the firm. This accounts for a 36% premium on Glu’s closing stock price as of February 5, 2021.

Established back in 2001 as Cyent Studios, Glu Mobile Inc. has been a leading developer and publisher of mobile video games.

The coming together of the two firms will result in the creation of a company with a lucrative mobile product portfolio. It will consist of over 15 top live services, spread across rapidly-growing genres, which recorded a total of $1.32 billion in bookings in the past one year alone.

It is no secret that mobile is one of the biggest gaming avenues globally. Thus, Wilson expects that with the incorporation of Glu’s expertise in the sector, this will likely double EA’s business within the next 5 years.

He remarked, “with a deep IP portfolio and an expanding global audience, we’ll deliver more exciting experiences for our players and drive further growth for Electronic Arts.”

Some of the underlying motives behind the acquisition are:

Formation of a leading mobile portfolio across key genres

One aspect that works in favor of this deal is the complementary nature of the two organizations.

Thus, the acquisition will help create one successful and diversified company, with a portfolio which spans across world-renown mobile games, such as sports, RPG, lifestyle and mid-core games.

Both Glu Mobile Inc. and Electronic Arts have a solid reputation in their ability to create mobile live service games, which engage mass audiences while also delivering a steady source of revenue.

The combined efforts of the two firms will, therefore, unlock potential for greater success.

Glu’s franchise companies will be one of the greatest beneficiaries from this deal. The firms, which include MLB Tap Sports, Covet Fashion and Design Home, will gain from EA’s worldwide licensing and distribution networks.

The acquisition deal, which is expected to be finalized in the June-ended quarter, will see Glu continue to operate as an independent entity.

More specifically, this target firm will be allowed to continue working on the games in its portfolio. These operations will be monitored by Chief Executive Nick Earl, who was, initially, in charge of EA’s mobile division.

Wilson pointed out, “as successful as they’ve been, they haven’t had great international reach yet. This is an opportunity for us to help them unlock that door.”

EA has been among the biggest gainers from COVID-19 pandemic. The firm, which is the second-biggest video game publisher in all of the U.S., profited significantly in 2020, due to the pandemic-driven demand for at-home entertainment.

This is what caused investment and acquisition activity to skyrocket.

Last year, consumers spent at least $175 billion on video gaming software, worldwide. Mobile games accounted for almost half of this revenue figure. This is based on estimates from analytics company Newzoo BV.

While making the announcement about the acquisition on Monday, Glu revealed that their fourth-quarter revenue had increased by 25% to reach $141.4 million.

Its net bookings also soared by a margin of 15% to $124.8 million. Profit from the previous year more than doubled, ending at $23.9 million.

Glu isn’t the only company that EA plans to acquire. As we speak, EA is in talks to purchase UK studio Codemasters Software (CDM.LON), which deals with the production of several auto-racing games.