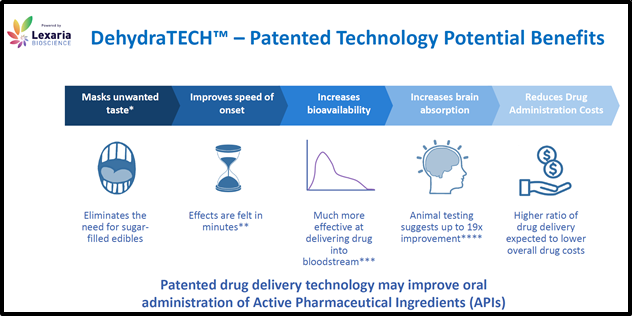 “Bioavailability is the rate and extent to which a therapeutically active substance enters systemic circulation and becomes available at the required site of action,” states the U.S. National Library of Medicine.

Intravenous needles are the holy grail of bioavailability – delivering 100% efficiency – which is why hospital patients are typically on an I.V. drip.

Orally ingested drugs “must pass through the intestinal wall and then the portal circulation to the liver,” explains Merck Manual, “both are common sites of First-Pass Metabolism”.

During The First Pass Effect drugs are metabolized in the liver – resulting in a lower concentration of active drugs in the blood system.

A technology that can reduce The First Pass Effect for many drugs will achieve two significant outcomes: 1. increased medical benefits to patients and 2. higher profits to pharmaceutical companies. 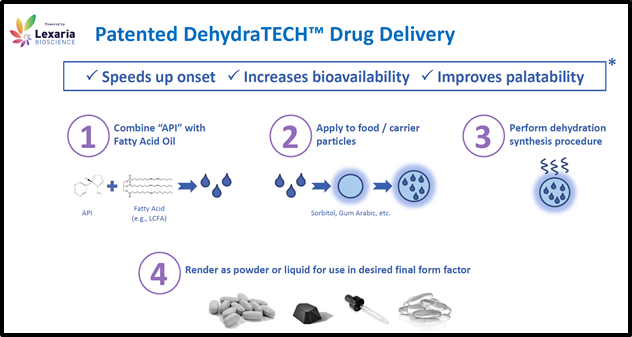 On July 28, 2020 Lexaria received European ethics board approval to conduct a clinical study using a DehydraTECH™-CBD formulation to assess blood pressure reduction potential in volunteers with pre- or mild-hypertension.

The global CBD market is “expected to reach $23.6 billion in 2025,” according to Grandview Research.

“Hypertension [high blood pressure] is a $30 billion a year market,” explains Chris Bunka, CEO of Lexaria, “Over 1 billion people around the world suffer from this condition”.

Scanning the last 10 years of LEXX Insider Filings – there are no recorded sales of Lexaria shares by Mr. Bunka, but more than 75 incidences of Bunka purchasing shares on the open market, increasing his ownership position to 10% in 2021.

The Study will be a double-blinded, placebo-controlled, cross-over pilot study in which 24 volunteers will be randomized to receive a 300 mg dose of CBD with or without DehydraTECHTM.

In a “double blind study”, neither the participants nor the investigators know who is receiving a particular treatment.

Formulations of DehydraTECH-processed CBD will be utilized including recent enhancements intended to further optimize the delivery of CBD in the animal test groups.

“Following on our 2018 study, we intend to demonstrate a linear improvement in delivering lower blood pressure,” stated Bunka.

“Later in 2021, we hope to start knocking on the doors of pharmaceutical partners who already have hypertension drugs in the market place.” 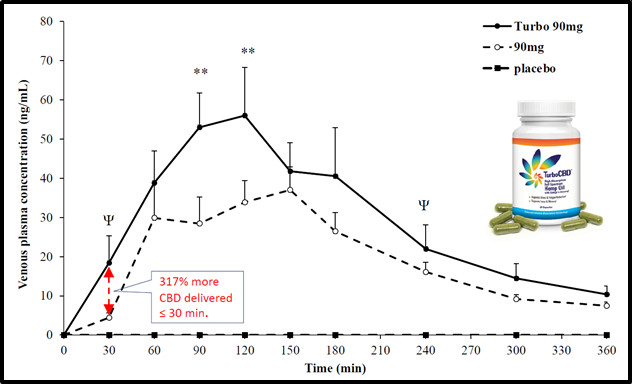 DehydraTECH with Antivirals for COVID-19

On December 1, 2020, Lexaria announced that, in an animal study, DehydraTECHTM “significantly improved delivery in two classes of antiviral therapies under investigation against SARS-CoV-2/COVID-19 and already in use against HIV/AIDS”.

The first of these studies VIRAL-A20-2, has completed its initial design phase and animal dosing is expected to occur in February/March, 2021 with results in May/June followed by analysis and reporting. 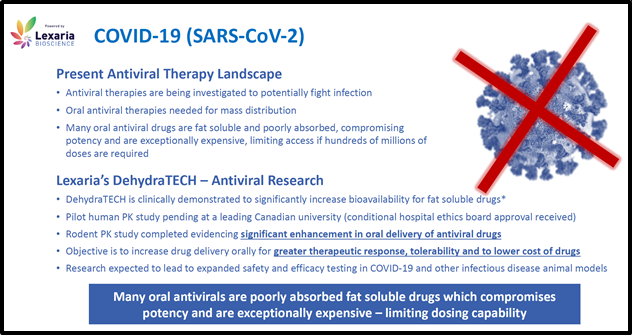 “The data that we generate from this R&D campaign is applied research,” Mr. Bunka told Proactive on Feb 1, 2021, “it allows us to enter meaningful discussions with potential commercial partners”.

“What we are trying to do is expand the list of drugs that will work with our technology,” added Bunka.