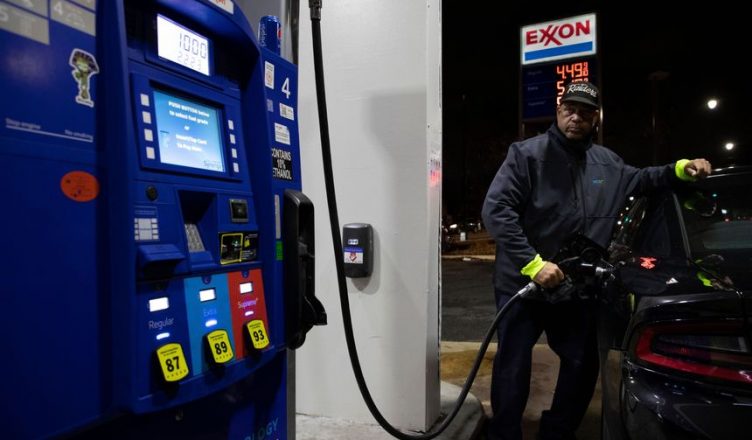 Energy stocks shrugged off news of an OPEC+ boost in production, as the sector finished flat on Thursday. Shares of Schlumberger (SLB:NYSE), Exxon Mobil (XOM:NYSE), Haliburton (HAL:NYSE), and Marathon Oil (MRO:NYSE) all dipped slightly into negative territory, paring earlier gains in Thursday’s trading session as investors digested news of the production boost. Oil prices rose 0.2% to $116.56, as the commodity continued its slow ascent towards the $120 mark. The commodity is on course for its 6th straight weekly gain.

Usually, a boost in oil production is bad for energy stocks, but this time investors looked past the news due to several underlying factors. the increase in production – which is 50% from the prior month – would do little to offset the chaotic energy situation or upend the drop in production from Russia stemming from international sanctions targeting its oil exports.

Many OPEC countries are having trouble building capacity to boost oil production and a current producing below the limits set by OPEC and its allies. There is a strong possibility that a lot of countries may not meet their production quotas.

With the war in Ukraine raging on, plus China easing restrictions, and the European Union finally coming round to place an embargo on Russian oil, this would give energy stocks more fuel to continue their bullish run. This sentiment caused investors to shrug off the news of a boost in production, as energy stocks continued their rally.

Investors are also keeping an eye on the US economy and how the Fed reacts to rising inflation. Last month, the US central bank hiked rates by 50 basis points, its highest increase in over two decades. Earlier in the week, Fed Vice Chair, Lael Brainard said she did not see the central bank taking a break anytime soon from its rate-hiking cycle.

Markets already are pricing in two 50 basis point increases at the next meetings. With more rate hikes expected later this year, this could further exacerbate the sell-out in US equities. As such, energy stocks may well be one of the biggest gainers in an inflationary environment partly driven by rising oil prices.

The energy sector is easily the best performer this year in the US stock market. It is one of the two sectors that are still positive for the year, as the sector has largely been immune to the rout in the market this year.

Of the 25 best-performing stocks in the S&P 500 so far this year, 17 are domiciled in the energy sector. All stocks in the sector are positive YTD, while stalwarts such as Exxon Mobil, Chevron Corp (CVX:NYSE), and Schlumberger all hit new 52-week highs in the month of May. The sector is already up by 56% for the year.

The war in Ukraine, and the resultant EU embargo on Russian oil, pushed oil prices by 12% within the past month. Yet despite soaring prices, oil companies have been reluctant to commit resources to boost production levels.

Washington and the EU have been critiquing OPEC’s slow production increases for several months, hoping that the cartel would boost production more to hold prices down. But until now, the U.S. had been unsuccessful in swaying Saudi Arabia, while Russia’s invasion of Ukraine has complicated the picture.

The green energy push by the Biden administration has seen oil companies happy to stand on the sidelines rather than deploy assets to take advantage of the oil windfall. Rather oil companies have been glad to issue buybacks, pay shareholders more dividends and reduce overhanging debt.

Based on the current macroeconomic setup, it appears there is still a lot of runway for energy stocks to soar.