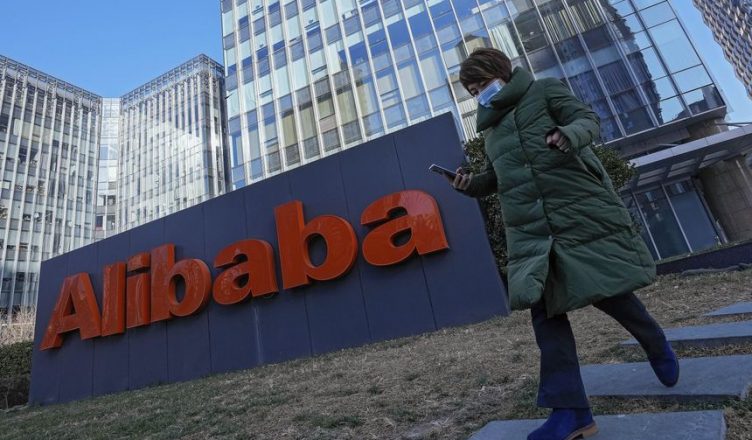 Chinese internet stocks jumped after results from Alibaba (BABA:NYSE) Group and Baidu (BIDU:NASDAQ) came in ahead of the market’s downbeat expectations on Thursday. Both stocks spiked by more than 14%

The rally, which spilled over into the Hang Send Index, began in the U.S., where American depositary receipts in both companies leapt by more than 10% Thursday. That helped fuel a 7.6% advance in the broader Nasdaq Golden Dragon China Index.

Alibaba results were better than feared compared with expectations that had become increasingly negative in recent weeks. The company reported a higher-than-expected 9% increase in revenue for the quarter that ended in March to the equivalent of about $32.2 billion, thanks in large part to growth in its main e-commerce business.

Baidu on the other hand reported quarterly revenue that was slightly above last year’s level. Those sales, which also narrowly beat the market consensus, were supported by strong demand for the Chinese search giant’s cloud and artificial-intelligence products.

Sentiment toward Chinese tech stocks is shifting, and the latest results were merely triggers for the rally, Beijing has sent a clear signal that the regulatory campaign aimed at tech giants and internet platforms is due for a pause.

Last week, Chinese politicians stated support for a stronger digital economy at a meeting with selected tech executives. In April, China’s Politburo—the ruling Communist Party’s top policy-making body—also vowed to roll out policies to support the economy and to wrap up its push to rectify issues at internet-platform companies.

Chinese tech stocks have endured incredibly high volatility, believing that Chinese internet stocks are out of the woods may be too optimistic in a bear market. While Alibaba’s sales rose more than expected, the advance still represented the slowest growth rate since the company was listed in New York in 2014

Once China’s most valuable listed company, Alibaba shares are still down about 23% this year, giving it a market capitalization of around $250 billion. At their peak in the fall of 2020, Alibaba was worth more than $850 billion. Baidu’s latest gains took its year-to-date decline to about 9%. Other Chinese heavyweights like JD.com (JD:NASDAQ) and Pinduoduo (PDD: NASDAQ) are both off by over 20% this year.

More attention should be given to Alibaba’s decision to not provide a forecast for the current fiscal year. That breaks a long-running tradition, suggesting the worst may yet to come. Baidu also stopped giving revenue guidance in the fourth quarter.The biggest impact on earnings from two months of drastic lockdowns should be reflect in the financial results of the current quarter. This may reverse the recent bullish sentiment on the stock.

There is also the possibility of fresh geo-political risk. Earlier this week, Biden vowed to militarily support Taiwan if China were to invade it. Though President Biden walked those comments back, the statement highlight the current fragile state of US-China relations.

This could spark another round of sell-off given that Chinese stocks are highly sensitive to geopolitical risks. The Trump-era trade disputes and blacklists were the single biggest factor behind Chinese tech stock weakness before Beijing’s crackdowns on the sector.

Fresh coronavirus outbreaks in China have led to lockdowns, putting further strain on an already stretched global supply chain. Despite the increasingly supportive stance from Chinese officials, their efforts are being offset by the stringent Covid-19 restrictions, which is weighing on investor sentiment as manufacturing and economic growth in China has slowed

Tech groups such as Baidu and Tencent currently trade at multiples of over 17 times on a forward earnings basis. Given the tense political relationship between U.S. and China, macro-economic environment where inflation appears to be running wild, and the faltering growth rates, there may still be a potential downside risk to the stock.