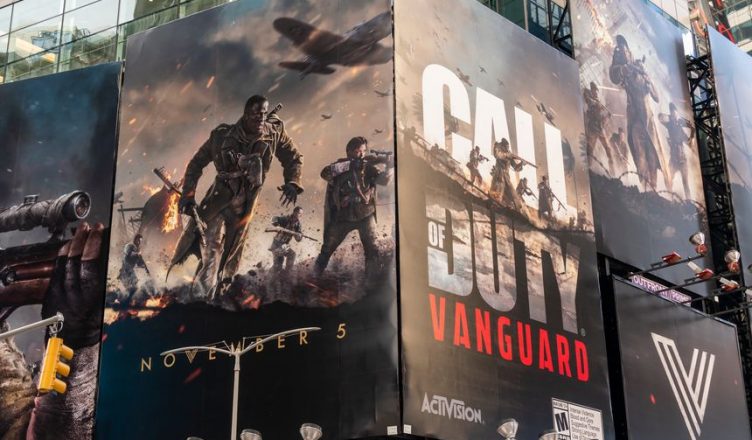 Shares of Activision Blizzard (ATVI:NASDAQ) spiked by 27% over purported plans by Microsoft (MSFT:NASDAQ) to acquire the gaming company in what is seen as the biggest ever takeover and a major shakeup for the industry. Microsoft on the other hand closed 2.43% lower as the sell-off on tech stocks due to rising yields had a negative bearing on the stock.

Microsoft will dole out $68.7bn in cash valued at $95 per share(a 45% premium over its Monday’s closing price) for the game designer, in a move partly aimed at the future of gaming and the metaverse.

The takeover from the Xbox maker is by far the biggest acquisition from the company as it hopes to increase its foothold on the gaming industry and expand its franchise as it looks to expand its control of games and consoles.

The deal would make Microsoft the third-largest gaming company by revenue, behind gaming heavyweights Tencent and Sony. It also means Microsoft will control a host of different popular game franchises, including Call of Duty, Warcraft, Diablo, Overwatch, and Candy Crush. subscribers to Microsoft’s Game Pass would be able to access the games for free.

Satya Nadella, Microsoft’s chair, and chief executive, in a press statement, stated: “Gaming is the most dynamic and exciting category in entertainment across all platforms today and will play a key role in the development of metaverse platforms. We’re investing deeply in world-class content, community, and the cloud to usher in a new era of gaming that puts players and creators first and makes gaming safe, inclusive, and accessible to all.”

The acquisition underscores Microsoft’s intention to be a major player in the gaming industry while positioning it to partake in the much-heralded “metaverse”, where players will be able to inhabit shared worlds in virtual reality.

In hindsight, the slurry of gaming acquisitions by Microsoft has been aimed at increasing the company’s market share in the gaming space. In March 2021, Microsoft completed a $7.5 billion acquisition of ZeniMax Media, the parent company of Bethesda Softworks, one of the biggest privately held game companies in the industry with titles including “Fallout,” “The Elder Scrolls,” “Doom,” “Quake,” “Wolfenstein,” “Prey” and “Dishonored.” In 2014, Microsoft bought “Minecraft” maker Mojang in a $2.5 billion deal.

For Activision Blizzard, on the other hand, the acquisitions come as a breath of fresh air as the company has been trying to repair its image smeared by accusations of operating sexist workplace culture.

The company was sued by the state for allowing a “pervasive frat boy workplace culture” to thrive which allegedly culminated in women employees being continuously subjected to sexual harassment and being paid less than their male counterparts.

The workplace misconduct problems cast a shadow of doubt over the company and put its stock under pressure. shares of Activision Blizzard have dropped 30% over the past year.

For damage control, Activision Blizzard has fired or “pushed out” more than three dozen employees for misconduct since last July, according to reports from the Wall Street Journal. However, the bad publicity did not deter Microsoft from the opportunity to acquire a unique asset that can propel its consumer strategy forward.

The move from Microsoft casts a spotlight on other companies such as Netflix (NFLX:NASDAQ) and Disney (DIS:NYSE) which had hoped to use gaming to create their product portfolio. It has also raised the stakes for future acquisitions going forward.

There are also fears that the deal may draw the attention of regulators to Microsoft which has somewhat been isolated from the slurry of anti-trust filings hitting its tech counterparts. Activision is a gaming company that targets people below 30, an age group that many believe are vulnerable to unethical social media practices.

The experience from Meta Platforms (MVRS:NASDAQ) which has been accused of prioritizing profits over the health of consumers has called for tightening of regulations on tech companies. As such, Microsoft may be exposing itself to such negative press and regulatory scrutiny with this deal.