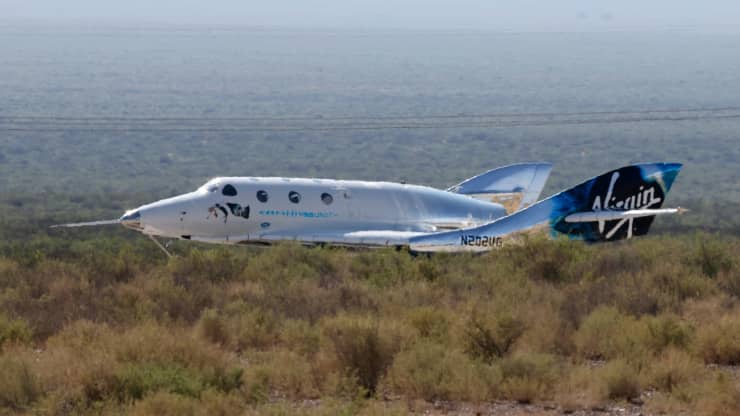 Shares of Virgin Galactic (SPCE: NYSE) tumbled on Thursday after the space company announced that it was taking on $500 million more debt. Virgin Galactic intends to raise $425 million from the sale of 2027 convertible senior notes through a private offering, with an additional $75 million option also expected to be granted to buyers.

The space company intends to use proceeds from the offering to fund working capital, general and administrative matters and capital expenditures to accelerate the development of its spacecraft fleet.

The news did not seat well with investors who were already worried about mounting debt which had cast doubts in future profitability. Shares of Virgin Galactic fell by almost 19% during Thursday’s trading session to close at $10.03.

Virgin Galactic stock is now down about 75% in just six months. Prior to Thursday’s blood bath, the stock had lost 7% so far this year, and was trading below its IPO price. Since its high of $62.80 in February 2021, the stock has lost about $7 from its share price in the following months.

Virgin Galactic went public via a merger with a special purpose acquisition company (SPAC) from Chamath Palihapitiya in October 2019. While the space tourism company said during its debut that it planned to begin flying customers in 2020, delays to its spacecraft testing and development have steadily pushed that schedule back.

After launching Branson and three other company employees on a test spaceflight in July 2021, further delays have pushed Virgin Galactic’s beginning of commercial service to late this year at the earliest.

The timing of the announcement is also coming at a time when there is a lot of flight from risk from investors. The recent Fed induced sell-off in the market has seen high multiple stocks and companies which have been unprofitable have been hit the hardest with massive sell-offs.

Virgin Galactic fits the profile of high multiple stocks whose valuations are based on future earnings and are operating with huge debts. As such, it had already been a prime target for a sell off following the purported triple rate hikes from the Federal Reserve which is expected to commence in March.

Given the risks that come with space tourism, coupled growing competition, the bearish weight on the stock may be exacerbated. Virgin Galactic is behind the likes of SpaceX and Blue Origin, both of which have gotten a jump by launching multiple successful flights.

For example, SpaceX has more cash pipelines based on the wide array of its product offerings, thus making it a more viable option for investors looking to invest in space tourism. Even in the best-case scenario there are still a number of quarters up ahead with little revenue, plenty of uncertainty, and very few catalysts that would provide reason for investors to rush in.

This explains why its staunchest backers have been heading for the exit door. Cathie Wood whose ARKX Fund held 672,000 shares offloaded all the stock in the Fund’s holdings. After selling nearly half of the position in April, Wood’s firm unloaded almost all of the ETF’s remaining stake in early May, when the stock traded down near $15 a share.

With retail participation in the market slowing down, and investors taking risk off the table, it is expected that stock would be on a sustained downward trajectory. If the company can pull off more test flights, this would definitely increase bookings and ultimately sway investor sentiment. However, this seems like a long shot for the management of Virgin Galactic this present time.