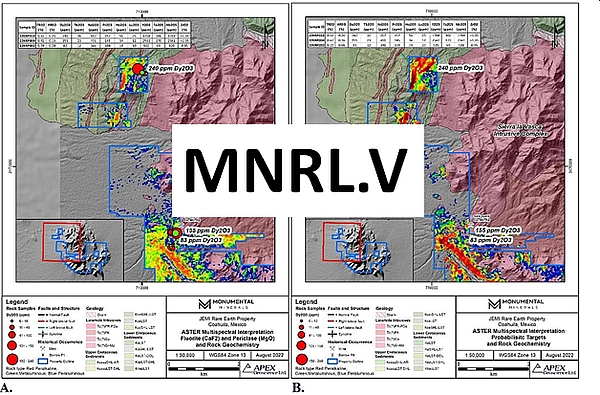 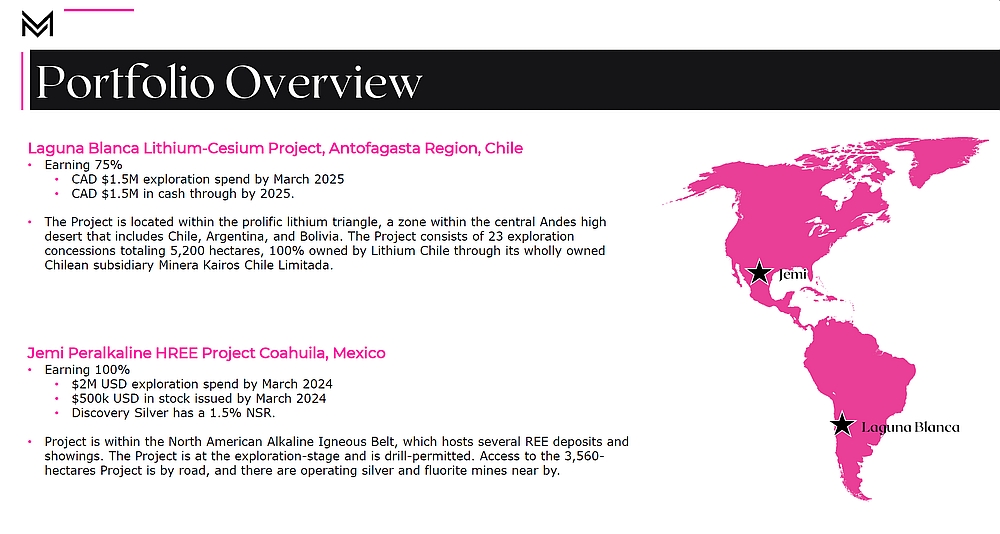 “ASTER satellite multispectral data was processed, imaged and interpreted over the Jemi Project,” reports MNRL, “The band for fluorite (CaF2) and periclase (MgO) (Fig. 1a) may be associated with REE-bearing minerals, as fluorite is a common accessory mineral in HREE peralkaline systems, and periclase is a common mineral where peralkaline magmas have altered limestone host rock”.

“ASTER stands for Advanced Spaceborne Thermal Emission and Reflection Radiometer,” Jamil Sader CEO and Director of Monumental Minerals told GSN, “The data originates from a satellite that was launched in 1999 by the Japanese government, and some industry groups”.

“The technology allows us to take pictures of different parts of the electromagnetic spectrum. Different minerals and rocks have unique signatures that are outside of the color range that we see.”

“We plan to have a group of four geologists on site in Mexico the next two weeks,” added Sader, “They will be doing mapping, rock chip sampling and geochemistry, using the ASTER satellite multispectral data to guide them.” 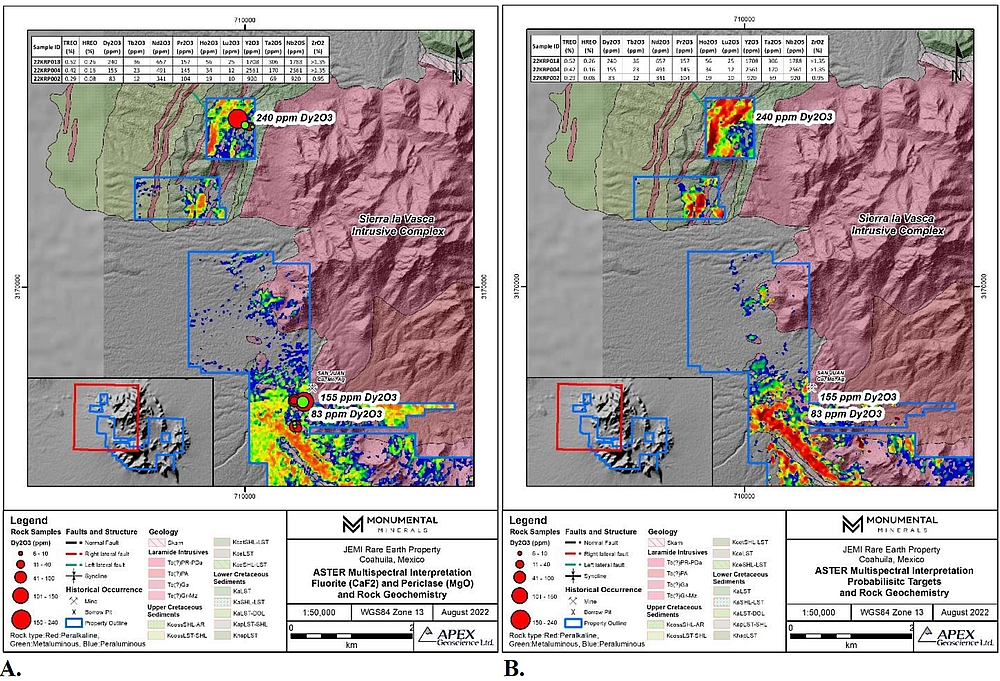 Figure 1. The spectral band for fluorite and periclase (A) and the probability model for REE targets (B) will be used to guide the upcoming exploration campaign at the Jemi project. In both images, hotter colours are considered more prospective.

Additionally, within this high-priority area, the spectral interpretation highlights discreet areas that may host eudialyte-bearing alkaline dykes, veins, and dissemination.

Eudialyte mineral deposits include the Lovozero (Russia), Ilímaussaq (Greenland), Mont Saint-Hilaire (Canada) and Paschim Banga (India). The REE content in these deposits is 1–3%, including a heavy REE (HREE) proportion, at 50%.

“Adamas Intelligence forecasts that the value of global magnet rare earth oxide consumption will triple from $15.1 billion in 2022 to $46.2 billion by 2035,” reports Investment Monitor. Rare earth oxides are essential to many industries including the military.

“We cannot allow countries like China to use their market position in key raw materials, technologies or products to disrupt our economy or exercise unwanted geopolitical leverage,” stated Yellen, adding that the US will work with allies through ‘friend-shoring’ to strengthen economic and supply-chain resilience.

The REE de-coupling campaign reached a new level of intensity last week when US House Speaker Nancy Pelosi visited Taiwan, ignoring warnings from the Chinese and U.S. governments. China views Taiwan as a breakaway state, which it is planning to take over.

“Millions of Chinese internet users tuned in to livestreams of Pelosi’s flight,” reported NYC-based SupChina, “with one broadcast hosted by China.org reaching a peak of 70 million viewers”.

“How did this old witch land in Taiwan safely?” one typically outraged Chinese netizen asked. “Weren’t we planning to shoot down her plane?”.

“The continued deterioration of trade and political relationships between China and western countries, plus the high and stable spot prices makes Jemi all the more significant in potentially contributing to a home-grown source of REEs,” stated Sader.

“With the ongoing trade and political disputes between the west and China (the primary supplier and refiner of REEs), as well as the sales of EV growing by multiples, REE spot prices are near all-time highs and are projected to maintain or increase in value for the foreseeable future”. 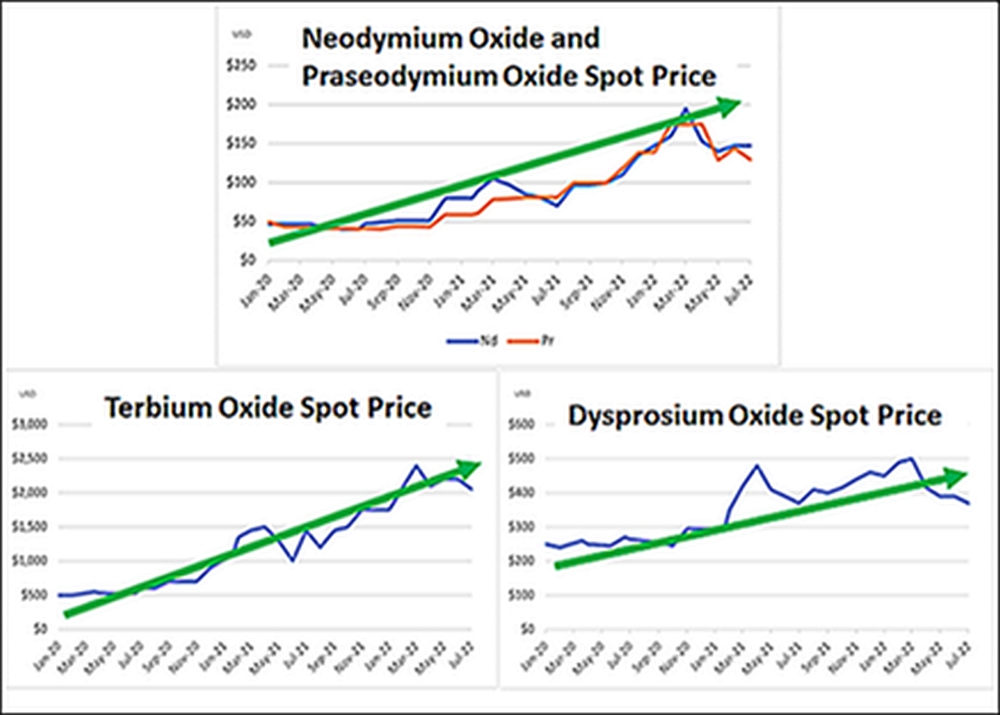 In the following May, 2022 video, Dr. Sader speaks with GSN’s Guy Bennett about Monumental’s business objectives at Jemi.

“The multispectral satellite results are a valuable tool to assist with Monumental’s exploration program in Mexico,” confirms Sader.

“They have identified several new locations of interest for REE mineralization within the high-priority area at our Jemi Project, and will be followed up with boots-on-the-ground exploration including mapping, geochemistry, and geophysics.”

“We are excited for the immediate start of this next stage of exploration at the Jemi project, and the drill targets that it will generate.”