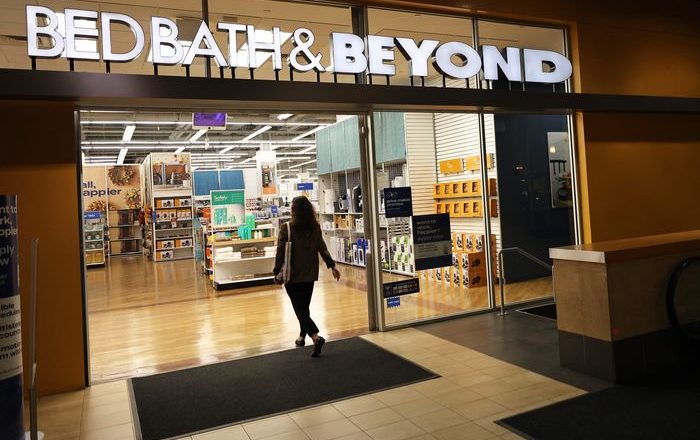 Billionaire investor Ryan Cohen exited his entire position in Bed Bath & Beyond Inc. (BBBY:NASDAQ) according to a securities filing released Thursday afternoon. The filing shows that Cohen’s RC Ventures dumped its stock on Tuesday and Wednesday at a range of prices between $18.68 per share and $29.22 per share. The firm also sold its call options. Cohen said in a filing earlier this week that he intended to sell his holdings of the meme stock.

Cohen’s latest move caps what has been a wild upside move in the stock so far this month. At its August peak, Bed Bath & Beyond shares were up nearly 500% for the month – the latest sign that meme-stock mania is still alive.

Shares of the stock fell 44.6% in extended trading on the news of the billionaire dumping his shares pf the company. This added further woes to a loss of nearly 20% during Thursday’s regular trading session.

Cohen, who co-founded Chewy and is the chairman of GameStop, purchased more than 7 million shares and call options of Bed Bath & Beyond earlier this year. In March, he revealed an activist position in Bed Bath & Beyond, sparking a rally in its share price. The company added board members of Cohen’s choosing and pushed out its CEO after RC Ventures revealed its stake.

Many retail investors followed Mr. Cohen into Bed Bath & Beyond, in support of his endeavor to push for changes to turn the company around. They cheered his agreement to add three new directors to the board.

Earlier this week, the trajectory of the stock spiked upwards. Retail investors started piling into the shares in August, and chatter on social media lighted up once again in an apparent revival of the meme trading craze. Retail investors were attracted by the stock’s high short interest, which made it a target for a short squeeze.

Short interest in Bed Bath & Beyond rose as high as 55% of the stock’s free float on Tuesday, according to S3 Partners. Meanwhile, the average cost to short Bed Bath & Beyond shares, known as a borrow fee, rose to a 80%, a 2022 high.

This set the ball rolling for trading activity that was marked by halts, with many positioning for an even bigger swing in the shares with option’s bets. Shares were up more than 200% in August as of Thursday’s close.

Then, this week, retail investors were left in the cold as Cohen unloaded his shares. The billionaire originally purchased his shares of Bed Bath & Beyond at an average of roughly $15.34 per share. According to CNBC calculations, Cohen made about $59 million, before brokerage fees, on his trade of Bed Bath & Beyond common stock. He may have made additional profits on the options.

The retail investor interest has come despite the company’s fundamental struggles. Bed Bath & Beyond in June reported that its first-quarter net sales were down 25% year over year, resulting in a net loss of $358 million. The company also reported negative operating cash flow of about $400 million.

Of top concern is that its liquidity could be drying up, and the company must raise new capital in order to stay afloat. Bed Bath & Beyond reported roughly $108 million in cash and equivalents in its fiscal first quarter, down from $1.1 billion a year prior.

The company had been drawing on its existing $1 billion asset-based revolving credit facility from JPMorgan (JPM:NYSE), according to its latest quarterly filing with the Securities and Exchange Commission.

But as the assets that were used as collateral for that ABL facility lose value, Bed Bath & Beyond will face greater pressure from its lenders to cut costs and find money elsewhere.

These issues come at a critical time for the retailer when it will want to have strong inventory in stock for the back-to-college and winter holiday seasons. But fears about its finances could cause vendors to ask for more cash up front, which could exacerbate its financial troubles.