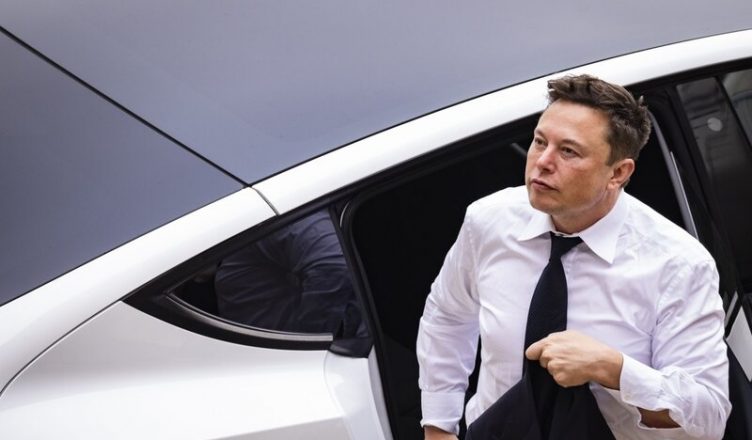 Tesla (TSLA:NASDAQ) CEO Elon Musk said he would refrain from selling any more Tesla stock for 18 to 24 months. Musk has sold about $39 billion in stock over the past year, amid his $44 billion deal to buy Twitter

Musk has previously made promises about not selling Tesla stock before subsequently selling it. Last week, Musk disclosed another $3.6 billion in stock sales, taking his total near $40 billion since late last year and frustrating investors as the company’s shares wallow at over two-year lows.

“I needed to sell some stock to make sure, like, there’s powder dry…to account for a worst-case scenario,” the billionaire said.

He said Tesla’s board is open to share buyback, but that will depend on the scale of a recession.

On Thursday, Tesla stocks plunged 9%, after Tesla started to offer deep, $7,500 discounts to U.S. consumers, fueling investor concerns about softening demand as the economy slows. The stock has crashed about 70% from a high on January 3 of this year. Shares are down over 34% so far this month alone. Tesla’s market cap, meanwhile, has fallen below the $400 billion mark for the first time in more than two years.

“I think there is going to be some macro drama that’s higher than people currently think,” he said, adding that homes and cars will get “disproportionately impacted” by economic conditions.

Musk said that Tesla is close to picking the location of its new “Gigafactory.” Tesla could announce the construction of a “Gigafactory” in the northern Mexican state of Nuevo Leon as soon as Friday, with an initial investment of between $800 million and $1 billion, local newspaper Reforma reported on Monday.

Asked whether he would bring in someone such as venture capitalist to run Twitter to allow him to focus on Tesla, Musk dodged the question and said Twitter was a relatively simple business.

Musk said earlier this week that he will step down as chief executive of Twitter once he finds “someone foolish enough to take the job.”

Microsoft on Thursday filed its response to U.S. regulators’ antitrust case attempting to block the software maker from buying video-game publisher Activision Blizzard, saying that the deal will not harm competition.

The Federal Trade Commission’s challenge to the proposed $68.7 billion acquisition stands out as the biggest government pushback Microsoft has dealt with on home turf since facing off against the Justice Department two decades ago over the dominance of Windows in the operating system market.

Microsoft (MSFT:NASDAQ) said that after taking almost a year to investigate the deal and examining millions of documents from Activision Blizzard and Microsoft, the FTC has not shown evidence that Microsoft is looking to yank the game series from PlayStation. Ensuring the games will be widely available is good for Microsoft’s business, the company said.

“The acquisition of a single game by the third-place console manufacturer cannot upend a highly competitive industry,” Microsoft said in its response. “That is particularly so when the manufacturer has made clear it will not withhold the game. The fact that Xbox’s dominant competitor has thus far refused to accept Xbox’s proposal does not justify blocking a transaction that will benefit consumers.”

Meta Platforms (META:NASDAQ) and users of its Facebook platform settled a privacy class action lawsuit, with Meta agreeing to pay $725 million. The suit stemmed from the 2018 revelation that data firm Cambridge Analytica had collected information from tens of millions of Facebook users.

The class action lawsuit was prompted in 2018 after Facebook disclosed that the information of 87 million users was improperly shared with Cambridge Analytica, a consultancy firm linked to former President Donald Trump’s 2016 election campaign.