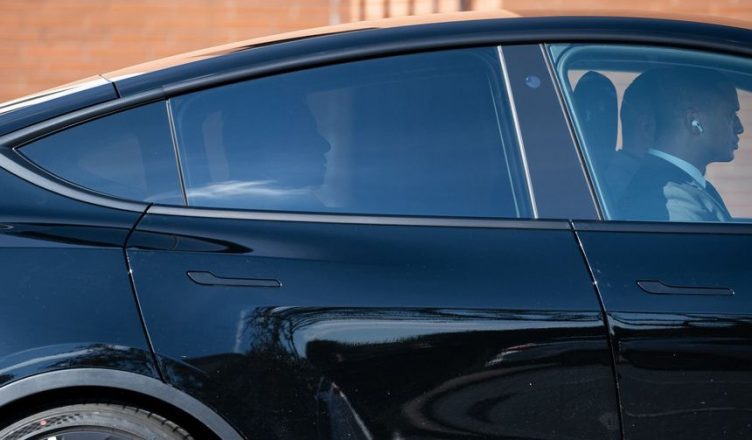 Tesla’s (TSLA:NASDAQ0 sell-off intensified on Tuesday, with the stock closing down 11%, the worst performer on the S&P 500. Elon Musk’s electric car company is days away from closing out its worst month, quarter and year on record and has moved past Meta (META:NASDAQ) to become the worst-performing stock in 2022 among the most valuable tech companies.

The company’s once-highflying shares are down in 10 of the last 11 trading days, according to Dow Jones Market Data, and off some 31% during a seven-session losing streak. The electric vehicle company finished the day with a market cap of $344.5 billion, falling from the 10th-largest U.S. company by that measure as of Friday’s close, to the 16th-largest as of Tuesday’s.

For the month of December, Tesla has plunged 44%, by far its worst month ever, as it had never fallen more than 25% in a single month. And in the fourth quarter, the stock is down 59%, worse than its 38% drop in the second quarter of this year, which had been its worst period on record.

Tuesday’s drop comes after The Wall Street Journal reported that Tesla will continue a weeklong production halt at its Shanghai facility, facing a fresh onslaught of Covid cases within its Chinese workforce.

Reuters reported that when Tesla’s Shanghai plant reopens in January, it will do so for just 17 days, in a break from Tesla’s established practices. Shanghai has been battered by a fresh wave of Covid infections this month.

Tesla entered 2022 from a position of strength, buoyed by better-than-expected results throughout the Covid-19 pandemic and strong vehicle pricing.

The company has delivered more than a dozen consecutive profitable quarters, helping the electric-vehicle maker that once had a record of being starved for cash in building up a roughly $20 billion cushion, rivaling that of some legacy car manufacturers.

However, Wall Street tempered its expectations for Tesla’s growth this year after an extended Covid-related shutdown of the company’s largest assembly plant, located in Shanghai.

Now rising interest rates and global economic uncertainty have stoked concern that demand for new vehicles might be weakening.

Tesla cut prices in China this fall and is offering various incentives to move cars off the lot and into customers’ driveways before the new year. In the U.S., Tesla is offering buyers of certain EVs a $7,500 credit and 10,000 miles of free fast-charging if they agree to take delivery this month.

Pressure is also mounting in the used-car market, with the average price for a used Tesla dropping 17% from July highs, and with used Teslas lingering longer than other makes before being resold.

Tesla also lowered its full-year growth expectations in October, with Chief Financial Officer Zach Kirkhorn saying the company expected to finish the year just shy of its original 2022 goal of increasing deliveries by 50%. The company delivered around 936,000 vehicles to customers in 2021. It would need to hand over more than 1.4 million this year to achieve its original target.

Mr. Musk said this month, “There is stormy weather ahead, but then there is going to be sunshine thereafter.”

Also, Musk is selling Tesla stock in big chunks to fund operations at Twitter According to filings in mid-December, Musk sold about 22 million more shares of Tesla, which were worth around $3.6 billion, Earlier this year, Musk told his millions of followers on social media that he had “no further TSLA sales planned” after April 28.

After his latest stock sale, Musk said on Twitter Spaces on Dec. 22 that he would not be selling any stock for 18 to 24 months. Musk has pinned Tesla’s declining share price on Federal Reserve rate hikes, tweeting that “people will increasingly move their money out of stocks into cash, thus causing stocks to drop.”

His words have done little to placate investors. Trading volume crossed 201 million shares on Tuesday, the second-highest mark for the year, according to FactSet, behind Dec. 22. Tesla’s top five trading days by volume have all been since Dec. 13.