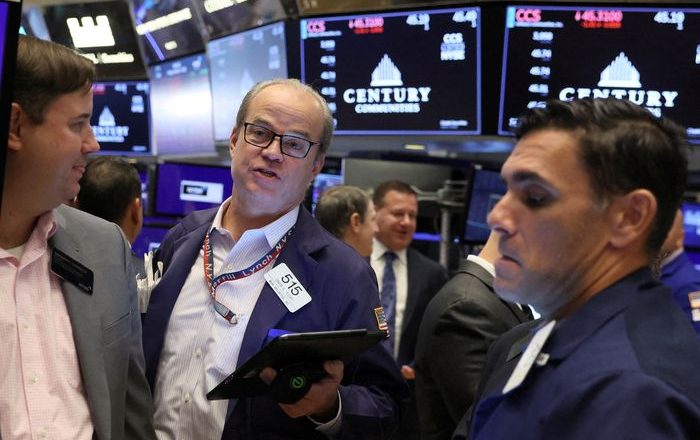 The disappointing retail sales report suggested inflation is taking a toll on consumers. Retail sales fell 0.6% in November, according to the Commerce Department. That was a bigger loss than the Dow Jones estimate of a 0.3% decline.

Investor concerns that the Federal Reserve’s aggressive rate hiking campaign will push the economy into a recession are growing on Wall Street. U.S. equity markets are becoming more sensitive to real economic data, rather than financial conditions, as they head into the next calendar year.

The selling began Wednesday in the wake of the Fed’s latest boost in its overnight borrowing rate. The central bank also said it will continue hiking rates through 2023 and projected its fed funds rate to peak at a higher-than-expected 5.1%. With Wednesday’s half a percentage point hike, the targeted range for rates is currently 4.25% to 4.5%, the highest in 15 years.

Concerns about demand for Tesla’s vehicles and CEO Elon Musk’s divided attention are causing even some bullish analysts to dial back expectations, including at RBC Capital Markets.

Analyst Joseph Spak slashed his price target on the stock to $225 per share, down from $325. Spak said in a note to clients that fourth quarter margins could decline. He did maintain his outperform rating on the stock.

“Investors are concerned about demand, pricing, auto-GMs and Twitter distraction, overhang impact on the Tesla brand.

These are valid concerns and a necessary re-calibration of expectations could weigh on the stock near-term. But, we see the narrative of TSLA as the best positioned EV maker and meaningful FCF generation re-emerging in 2023,” Spak wrote in a note to clients.

Shares of Roblox tumbled more than 17% after the gaming company’s November business update showed slowing growth, as well as a drop in what it earns from daily active users.

Netflix stock closed Thursday’s trading session down nearly 9%, the biggest intraday drop since April, after a new report from Digiday said the streaming giant is falling short on viewership guarantees it made to advertisers for its new ad-supported tier.

According to Digiday, which cited five agency executives, Netflix is now allowing ad buyers to take their money back after missing viewership targets. The company reportedly only delivered around 80% of the expected audience.

Disney shares fell more than 3.9% on Thursday, making them the second-worst performing Dow member on the day. That decline put the stock down more than 40% for the year. That would be its biggest one-year drop since 1974, when it plunged 53.9%.

Analysts at Jefferies downgraded shares of Snap to a hold rating, saying in a note to clients Thursday that revenue estimates are “too optimistic” given the macro difficulties ahead.

“We believe that SNAP will continue to face several headwinds, including the iOS14.5 privacy changes, a worsening macro picture, and intense competition,” wrote analyst James Heaney.

There was some initial optimism surrounding Snap with bipartisan legislation emerging that would ban Chinese-owned TikTok. But that has all but disappeared with the shares falling more than 9% based on the downgrade.