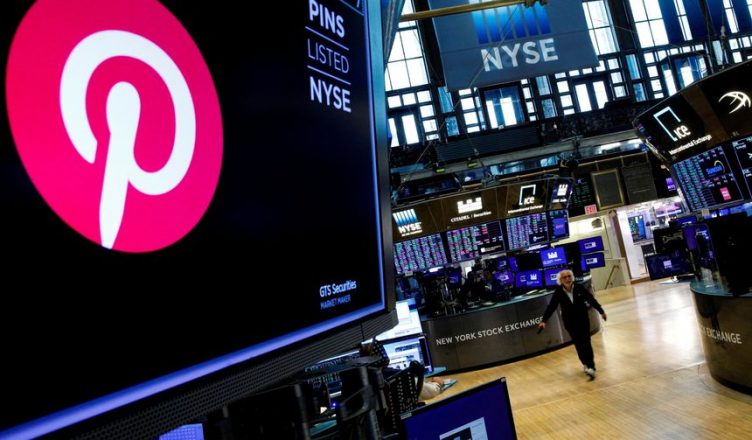 Shares of Pinterest (PINS:NYSE) popped 11.9% after Investment bank Piper Sandler upgraded the social media company to overweight from neutral. Analyst Thomas Champion highlighted advertisers’ positive view on Pinterest and a potential stock buyback as reasons for the upgrade, raising their target price to $30 from $25.

The photo-sharing platform’s stock is likely to continue gaining, according to Champion, who sees “multiple tailwinds” in 2023. “The lows are likely already in,” Champion wrote in his note to clients.

Tha analyst stressed that Pinterest’s share in the ad market could improve, citing his recent ad buyer survey, which showed the company would make up 8% of social budgets in 2023, up from roughly 5% last year. Champion partly credits Twitter’s loss of many advertisers as well as improvements made by Pinterest to allow clients to target their ads better.

Champion also believes that the change of leadership has propped investor confidence in the stock. “We like the new leadership, investor activism, and we see a buyback coming.” At the end of June, the company shifted leadership when co-founder, CEO and President Ben Silbermann moved to the role of executive chairman, and online commerce expert Bill Ready took his place as the new CEO.

Ready joined from Google (GOOG:NASDAQ), where he served as president of commerce, payments and next billion users, and prior to Google, he had served in various senior leadership roles at PayPal, including executive vice president and chief operating officer.

The transition to a payments-focused CEO could signal a move by the company to further push beyond advertising into e-commerce and direct payments between its users.

Pinterest last week also added a board seat for activist hedge fund Elliott Investment Management with Elliott’s Marc Steinberg set to join the board on Dec. 16. In July it was revealed that Elliott had amassed a 9% stake in Pinterest.

Champion also cited the company’s most recent earnings report, which showed Pinterest added approximately three million monthly active users in North America in the third quarter versus the second. Piper Sandler’s monthly data suggest the trend has continued into the fourth quarter: U.S. monthly active users grew more than 5% in November from a year ago, which was consistent with October, but higher than September.

Lastly, Champion points to attainable Wall Street estimates. Consensus among analysts tracked by FactSet is for roughly15% revenue growth in 2023 from 2022. That’s “well below the approximately 50%-plus growth seen previously,” the analyst said. “We think this is a low bar and PINS is positioned to exceed this growth next year.”

Pinterest s also reducing its overhead costs, which investors see as a good sign. The San Francisco based company appears to be shrinking its office space in the city. It currently occupies space across two floors at 410 Townsend St., which are being marketed as available for lease on a direct basis in June. Pinterest currently leases about 150,000 square feet at 505 Brannan St., also located in SoMa, as well as a 120,000-square-foot office a block over at 651 Brannan St. In 2020, Pinterest pulled the plug on ambitious plans to occupy 490,000 square feet of a 1.2 million-square-foot complex then planned at 88 Bluxome St., in San Francisco.

This month, Pinterest laid off some of its recruiting team and said it planned to slow hiring for the rest of the year. That followed its move the month prior to shut down its Creator Rewards program, which enabled users to earn money by creating content around monthly prompts and achieving certain engagement goals.

The company has been a strong tech performer on Wall Street recently as its shares have soared more than 50% over the past six months. Pinterest added approximately three million monthly active users in North America in the third quarter versus the second. It also has more than 400 million monthly active users and has built a sturdy advertising business that doubled revenue during the pandemic.

Still, only 39% of Wall Street analysts side with Champion, with a bullish rating on the stock. A primary concern hammering the stock, which has tumbled 35% this year, has been the slowdown in the economy, which has led brands to cut their ad spending. Plus, some investors are on the sidelines as they wait to see new CEO Bill Ready, who took over in June, prove himself.