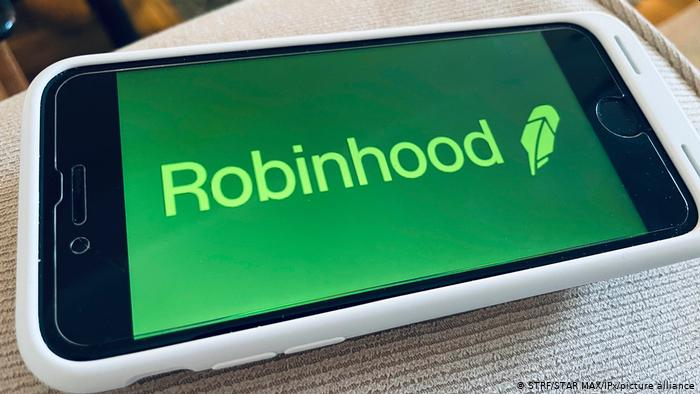 Robinhood (HOOD:NASDAQ) may have attracted the ire of its retail base after the online brokerage filed to sell 97.9million shares. The latest inductee into memedom, saw its shares crater by 28% on Thursday after rising by 70% earlier in the week.

In a filing made to the Securities and Exchange Commission, Robinhood indicated that over a dozen shareholders have registered to sell 97,876,033 shares of its Class A common stock at an undisclosed later date. The proposed sale offering represents about 11% of the online brokerage’s total outstanding shares. Robinhood says it will not receive any of the proceeds from the stock sale.

The shareholders who filed to sell their shares include several financial and venture capital firms that came to Robinhood’s aid at the height of the GameStop mania. The broker had to raise new debt to ensure it had sufficient funds to execute orders. This was the reason why the brokerage had to suspend trading on some meme stocks, a decision that infuriated retail traders.

After this filing, the shareholders are now allowed to sell their stocks when they see fit. They can sell through public or private transactions and at whatever price they want. According to a statement from the company’s prospectus, institutional shareholders can sell their holdings after the stock has risen above 50% of its IPO price. It however does not state the duration.

Retail traders have interpreted this as a stab in the back from Robinhood, a company that claims to have the interest of the small guy and aims to democratize the stock market. Chatter from social media platforms indicates that the online brokerage was merely paying back the hedge funds that had bailed it out during the WallStreetBets fuelled short squeeze.

Robinhood had a disappointing first-day trading as a public company. Shares of the company fell by 8% on its debut raising suspicion that retail traders may have deserted the stock as a revenge play for its role in the GameStop mania when trading on some meme stocks was temporarily suspended. However, the shares rallied back by 23% on Tuesday, and 50% on Wednesday.

Retail traders jumped on the stock after getting wind the Cathie Wood had taken bought a significant amount of shares. Wood purchased about 1.85 million shares of Robinhood when the company’s shares went public and added another 1.3 million shares within the week.

The popularity of the Robinhood brand has grown immensely thanks to its zero commission which attracted droves of retail investors. Its public listing was among the most anticipated in the stock market this year. The stock however seems to have evolved into a meme stock given its recent stock performance which has been reminiscent of the meme stock rallies that occurred early in the year.

This has made several analysts question not only its valuation but also the sustainability of its business model. Robinhood earned about $30 million in the first quarter due to the volume of crypto trading. Given that the excitement around cryptocurrencies has fizzled out, there is growing doubt that Robinhood would be able to repeat last quarter’s performance.

However, bullish investors in Robinhood believe that these issues are transitory and are certain to be eclipsed by the prospects of the online brokerage. Robinhood has the potential to enter into digital banking, payment solutions and grow its user base by expanding into other countries.

But the prospects may seem too far off for retail investors who are seething from the company’s decision to sell more shares. They believe that Robinhood has sold out to Wall Street by robbing from the poor to pay the rich. Already, the number of app downloads is down by 80% on a year-to-date basis, while trading activity has dropped dramatically. Shares of Robinhood are up over 50%.