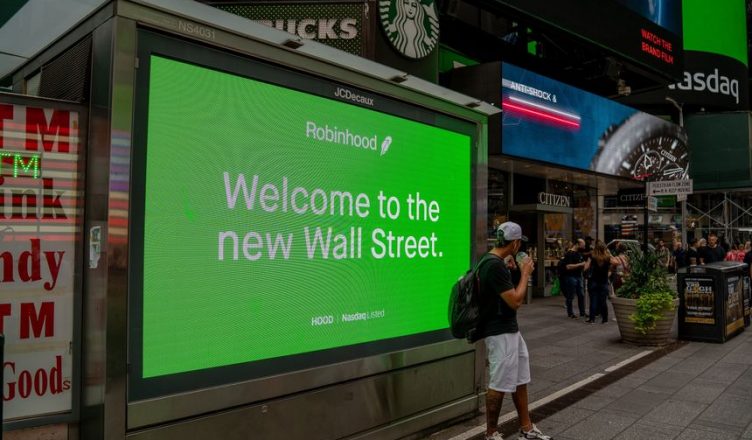 Shares of the Robinhood (HOOD:NASDAQ) spiked 36% at one point in extended trading on Thursday before pulling back to about 25% after news sources disclosed that one of the biggest names in cryptocurrencies was acquiring a massive stake in the company.

Sam Bankman-Fried, the 30-year-old billionaire who founded the cryptocurrency exchange FTX, bought a 7.6% stake in Robinhood according to a 13-D regulatory filing on Thursday. Bankman-Fried paid about $648 million for the stake, thus making him the online trading app’s third-largest shareholder.

Investors looking to buy more shares, or perhaps even take control of a company, typically make their presence known using 13D forms. But a Robinhood takeover bid could face formidable challenges. Its founders have more than 60% voting control and, according to a person familiar with the matter, are focused on keeping the company independent as they build it. What’s more, Robinhood stock is down nearly 80% from its July initial public offering price of $38.

Mr. Bankman-Fried who described Robinhood an “attractive investment,” says he has no plans to take an active role or seek board seats for now, but he didn’t rule them out. Though the filing also said he may “from time to time engage in discussions” with management. Mr. Bankman-Fried’s shares are worth around $482 million based on Thursday’s closing price of $8.56. Shares of Robinhood jumped as much as 42% in after-hours trading.

Robinhood has welcomed the investment from the FTX CEO calling it an attractive investment, too,” said in a statement. In a bid to shore up its revenue base, the online trading platform has expanded its crypto offerings in recent months, adding four new tokens to the platform last month. Robinhood has offered crypto trading since early 2018.

The purchase comes at a challenging time for both Robinhood and crypto. Robinhood added millions of users last year when small-time investors flocked to the stock market. The platform gained popularity during the Redditt rebellion staged by a motley of retail traders hoping to squeeze institutional investors out of their short positions on stocks such as GameStop (GME:NYSE) and AMC (AMC:NYSE).

However, the huge price spik forced Robinhood to suspend trading on the stocks as the platform sought additional funding to settle trades. Robinhood faced criticism and congressional hearings at the time over limits it placed on customers trading during wild gyrations in share prices. But the company managed to put the controversy behind it as it moved to go public later in 2021.

Despite its popularity among retail traders who saw the platform a democratizing the stock market, Robinhood has struggled to keep them. Monthly active users fell 10% to 15.9 million in March, from 17.7 million in the same month of 2021. Robinhood laid off 9% of its employees late last month. In regular trading Thursday the stock hit an all-time low. Robinhood ended the session priced at $8.56, about 77% away from its IPO price last July.

Cryptocurrencies have plunged recently, a consequence of investors’ reluctance to hold risky assets at a time when the Federal Reserve is moving aggressively to curb inflation. A crash in the price of a key stablecoin pegged to the dollar also roiled the market. Bitcoin fell to its lowest level since December 2020 on Thursday.

FTX, where Bankman-Fried is CEO, is one of the largest crypto exchanges in the world and offers derivatives products for more sophisticated traders as well as spot trading. FTX has become a rival to Coinbase (COIN:NASDAQ) and Binance, though it doesn’t offer its services in the U.S. The platform allows traders to make an array of bets, including how stocks will trade after they go public or whether Donald Trump will win a second term as president in 2024. An October funding round valued the company at $25 billion.