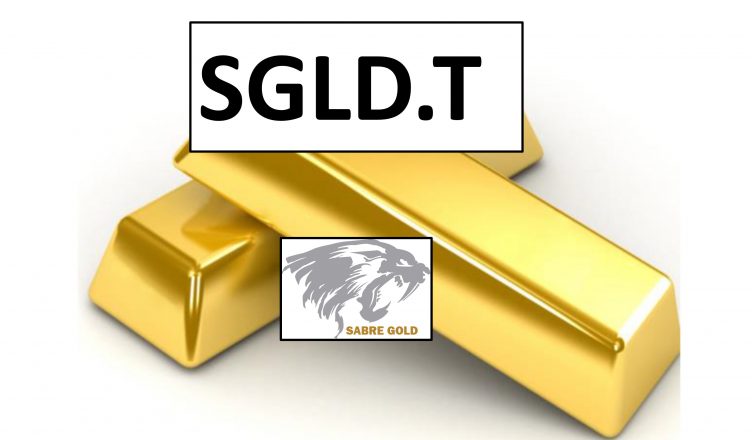 Although the Fed is raising interest rates, with inflation running hot at 7.9% real rates are negative (investors buying bonds are guarantee to lose purchasing power) – a positive environment for gold.

“Copperstone was an open pit that produced about a half a million gold ounces at close to 3 grams per tonne” Bonifacio told Global Stocks News on March 13, 2022, “It is fully permitted. The intent is to chase and access the underground higher-grade deposits that run in the range of 5 to 7 grams”. 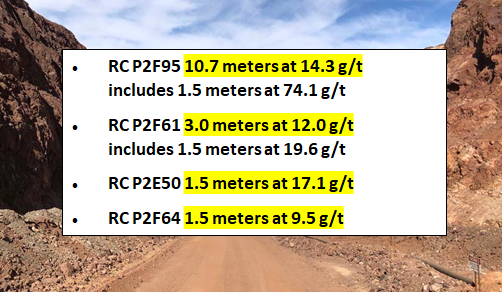 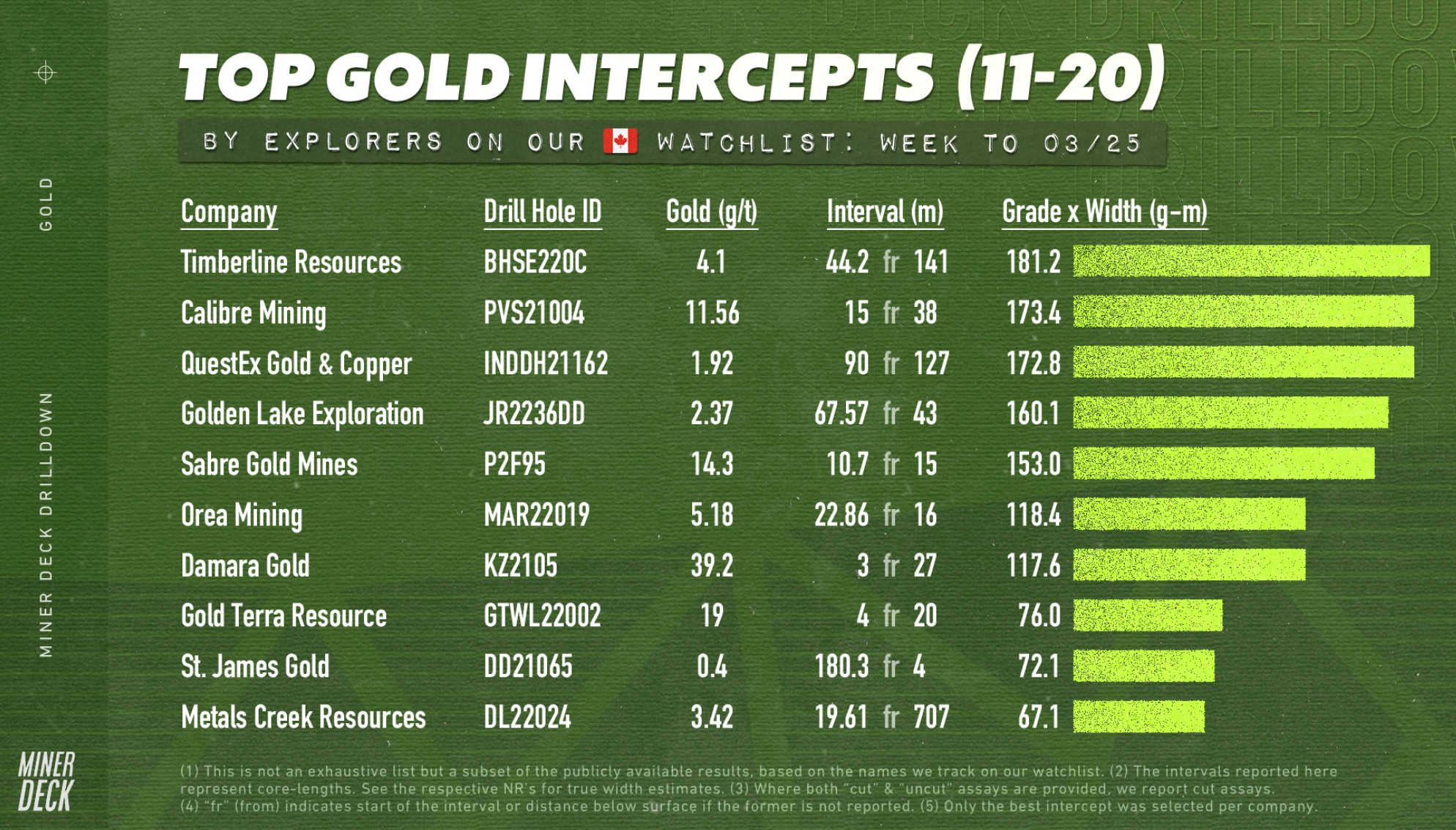 “Results from what was known as the northern edge of the D zone continue to return high grade gold intercepts,” stated Mike Maslowski, V.P. of Technical Services and Exploration for SGLD, “The gold grades and continuity of the intercepts indicates the D Zone may extend further north.:

“We are planning future underground development to establish additional drill stations to the north to test for the extension of this zone,” continued Maslowski.

Results reported in this release are from holes drilled along the known northern edge of the D Zone. Intercept values from this round of assays match the earlier results and continue to be high grade and carry across the modeled geologic zone. 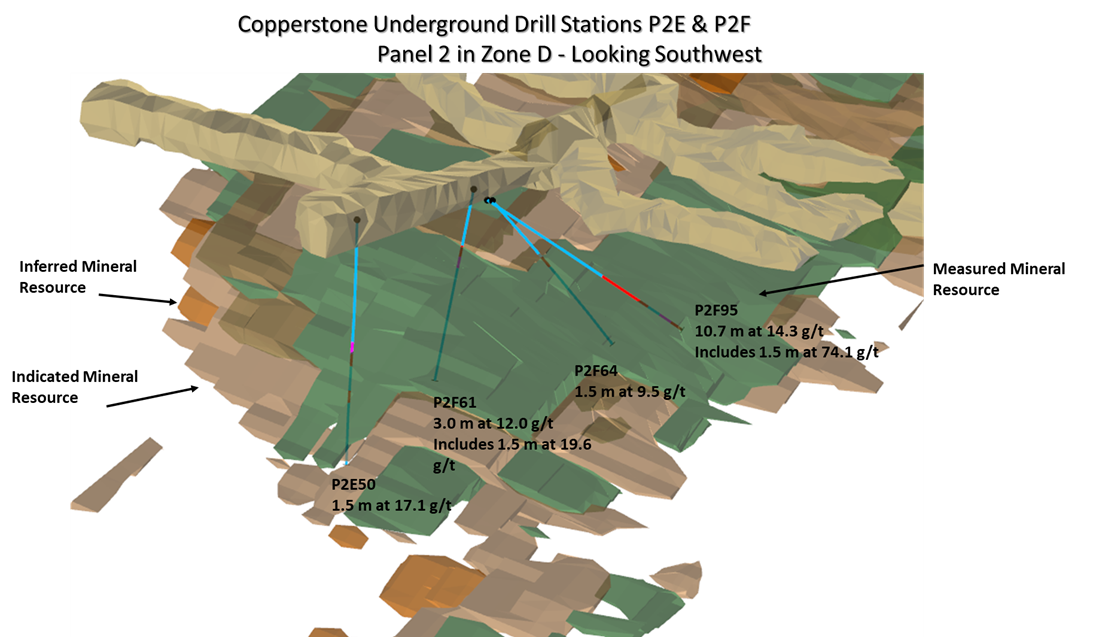 GSN asked Bonifacio about the anticipated financing sources for the estimated $35 million capex to put Copperstone back in production,

“The critical source for us will be a lending facility with third party lenders,” stated Bonifacio, “We’ll likely look to remove some of the existing debt because the debt holders are big shareholders of Sabre. We’ll look at some sort of debt conversion. And we’ll raise a modest amount of company equity, on a staged basis to mitigate and minimize dilution”. 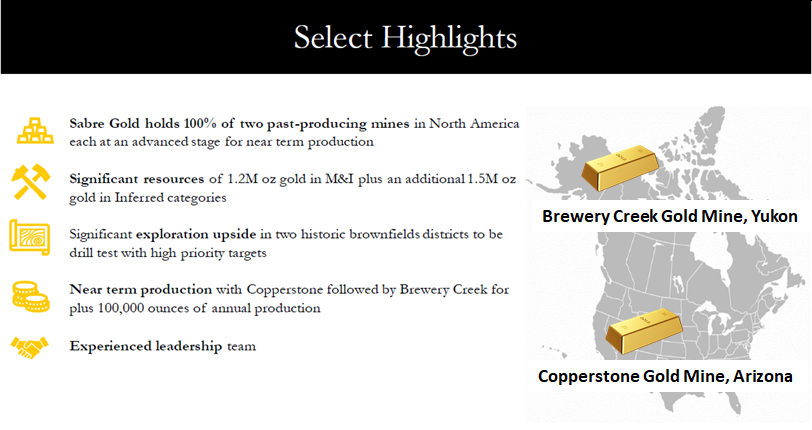 On January 18, 2022 Sabre Gold published a Preliminary Economic Assessment (PEA) for the former Yukon gold mine Brewery Creek, targeted for a near-term re-start.

“The PEA and initial results confirm our plans to move to resumption of production at Brewery Creek with what will be low re-start capital with attractive economics which we believe will be further enhanced in 2022,” stated Bonifacio.

Average Annual Production of 60,000 ounces per year for a total 473,000 ounces gold over an initial 8-year mine life;

Lower technical and execution risk as a past brownfields producer with existing infrastructure and road access from previous mining operation.

Based on March 25, 2022 market cap of CND $37 million, the SGLD gold-in-the-ground (Measured/Indicated/Inferred) is valued at less than USD$12/ounce on two brownfield former producing gold mines. 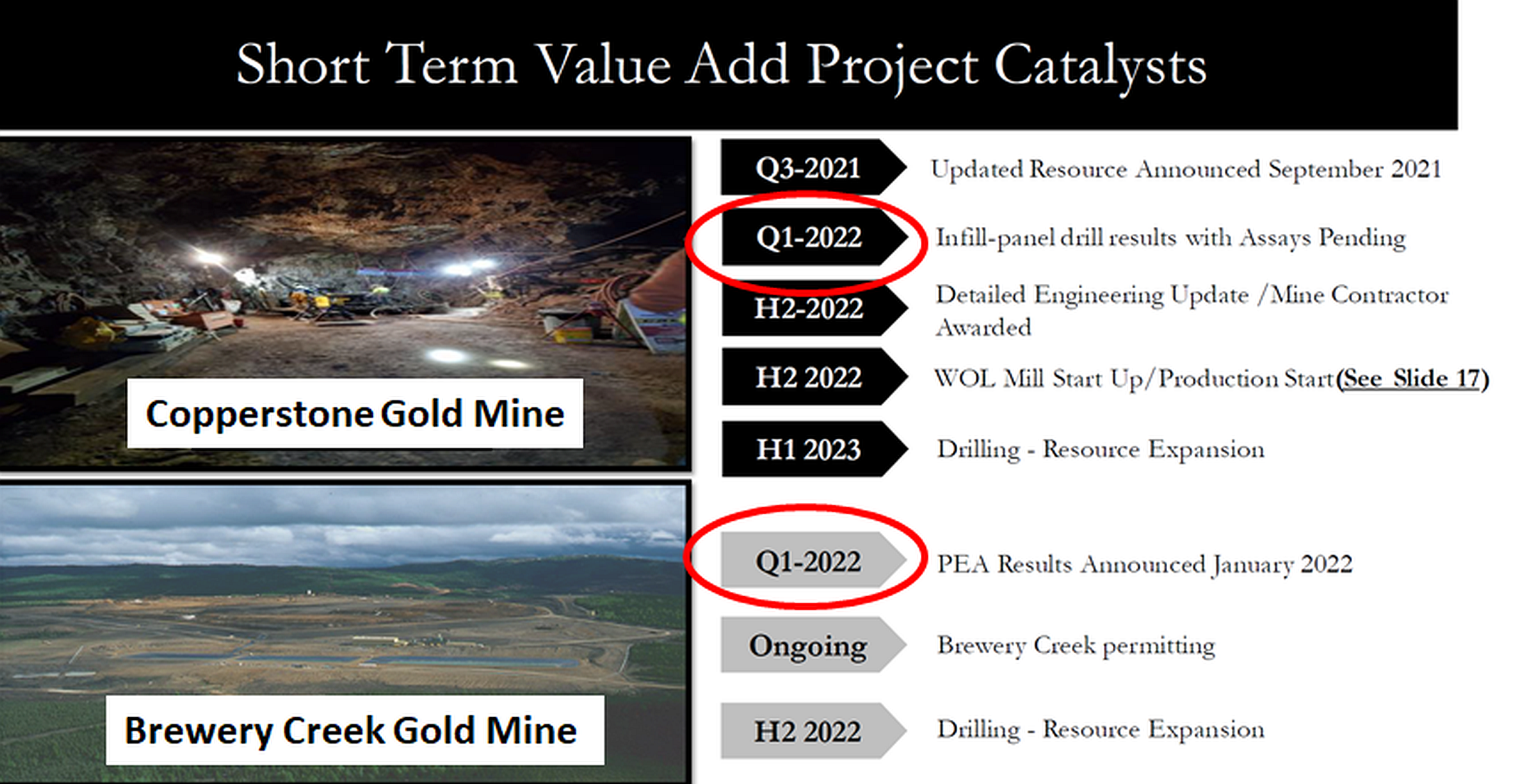 At the Copperstone Arizona project, assay results for the underground reverse circulation (RC) drill program have been received on 80 out of the 83 RC holes sampled and submitted with further assays results pending.

“The Copperstone project has a wealth of upside and opportunity,” Bonifacio told Global Stocks News in the March 13, 2022 video interview, “We believe we can put it into production within the next nine to 12 months, and that it will be cashflow generating with very good margins.”