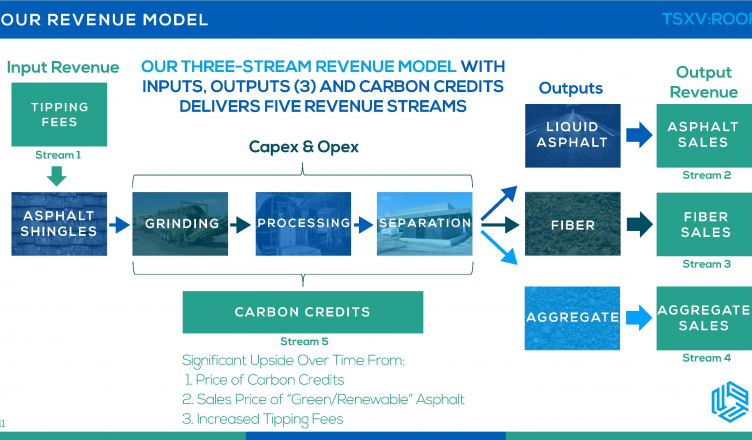 The company has a fully constructed facility in Delta, BC and gaining steam on its commercialization phase.

On February 17, 2022, Northstar announced that it has initiated steady state production at its reprocessing facility (Empower Pilot Facility) in Delta.

“A steady state implies that the System State is independent of its initial start-up conditions,” reports the International Journal of Development Research, “providing top management with a clear picture of how to make their production line more effective.”

“This announcement proves to the market that our technology works and validates our business model,” states Northstar CEO Aidan Mills, “as we set out to scale up this technology to a facility size that we can expand with across the North American market.” 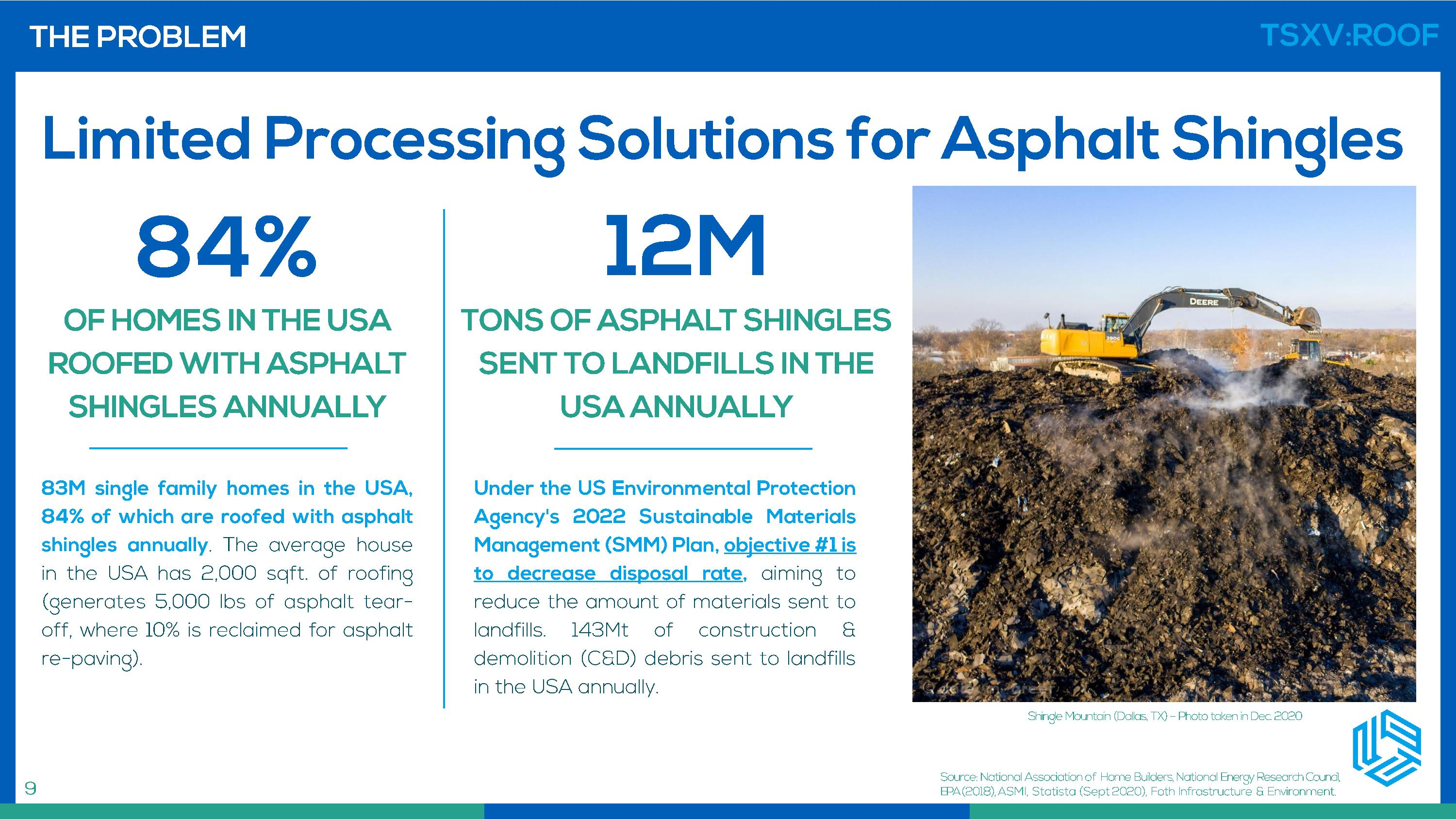 The operation validates the use of Northstar’s proprietary Bitumen Extraction & Separation Technology (BEST) in the foundational design of the Company’s future “scale up” facilities.

“One of the critical metrics for any energy transition, ESG-based, clean technology company is demonstrating that its transformational technology actually works,” stated Mills, “For Northstar to do that, we need to produce the end products from our facility at the specification we expected, in a repeatable manner.”

“The Empower Pilot Facility is not only producing exactly the end products we planned, but we have also initiated the production plan to do that repeatably,” added Mills.

The Circular Economy is a hot investing theme partly because it inverts the typical regulatory headwinds into powerful tail winds.

Northstar can approach government agencies with the value proposition: “Our technology can help you keep the promises you made to voters, and on the world stage.” 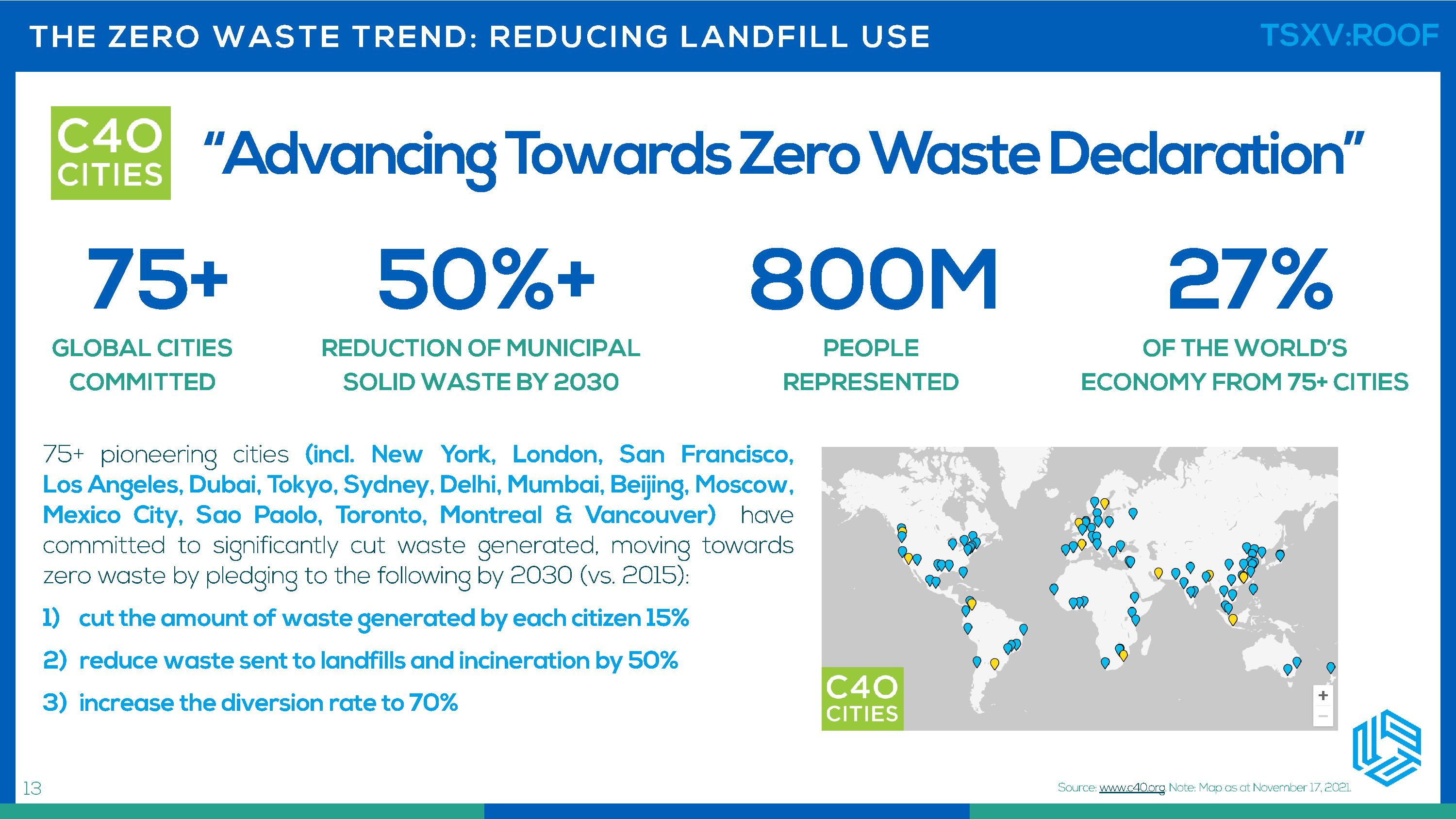 “An increasing number of investors are incorporating their values into their long-term investing strategies through the lens of environmental, social and governance concerns, or ESG investing,” reports US News.

“An estimated $120 billion poured into sustainable investments in 2021, doubling the $51.1 billion captured by ESG funds in 2020 and setting a new consecutive annual record. And this upward trend is set to continue,” confirmed Goby.

Participating the Circular Economy is a meaningful way for a society to reduce its carbon footprint.

“The global context for reducing industry carbon footprints is forcing companies to identify alternative renewable avenues,” explained Mills, “With the reduced carbon footprint solution for repurposing asphalt shingles, we believe we can support our customers and industry partners on their sustainability journey.”

“Demand for asphalt binder in North America is currently highest for interstate highways and roofing,” states an October, 2021 Liquid Asphalt Research Report prepared by Kin Communications, “Shingles made from asphalt serve one purpose which is to be used for the roofing of structures.”

“The LCA analysis quantifies how our operations can support our customers and industry partners in delivering circular and “green” renewable asphalt produced with significantly lower carbon intensity,” stated Mills. 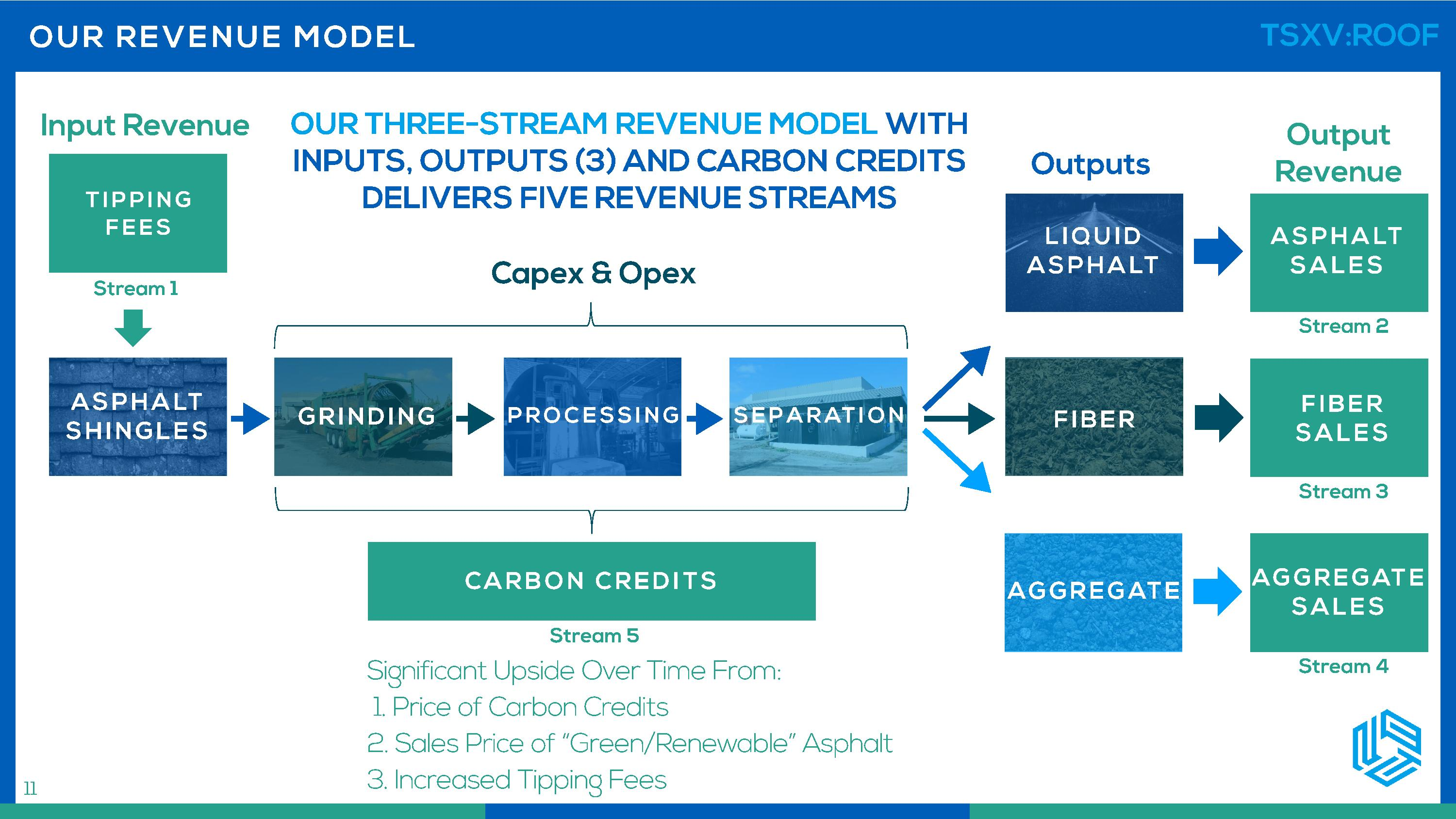 Steady state production is expected to deliver throughput of asphalt shingles in the range of 10-20 tonnes-per-day up to 4-5 days per week. The objective is to demonstrate repeatable production in terms of safety, quality, and duration.

Northstar is delivering samples of its “green asphalt” and aggregate to multiple major road construction companies, shingle manufacturers, and other industry stakeholders.

ROOF has a clear roadmap for commercial production levels targeted at 50-75 tonnes-per-day.

Northstar believes that each future facility could divert ~40,000 tonnes of shingles per annum each year.

12 million tons of asphalt shingles are sent to landfills annually in North America, equivalent to an entire day of US oil production.

It would require 300 facilities in North America to divert and re-purpose all the asphalt shingles currently going into landfills.

“New companies often struggle to generate meaningful news while they incubate their technology,” stated Global Stocks News CEO Guy Bennett, “In seven months of trading, Northstar has hit a series of milestones – including steady state production – that move them significantly closer to commercialisation.”

In February and March 2022 Northstar will host Empower Facility visits for industry stakeholders, investors, media, and government agencies to demonstrate its operating process and technology.