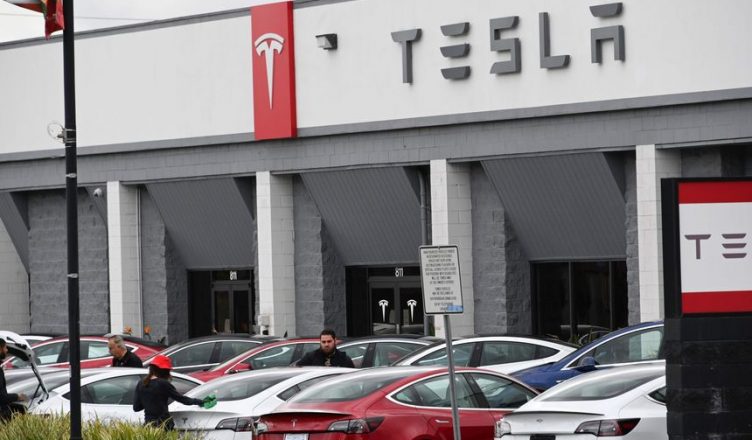 Shares of Tesla (TSLA:NASDAQ) took a deep dive on Thursday after the company stated that supply chain woes were likely to strain operations and halt new vehicle launches this year. The stock fell by 11.5% to close at $829.10.

Tesla reported revenue of $17.719 billion for its fourth quarter, outpacing $16.64 billion which Wall Street was expecting. The company also issued earnings per share of $2.54 against $2.37 which analysts had forecast.

However, supply chain constraints and production halt on newer models put a sour note on the outstanding report. The electric car maker stated that it would not produce new model vehicles in 2022. CEO Elon Musk also informed investors and analysts that it is not yet working on a hotly anticipated $25,000 electric car. The company says that supply chain issues will persist this year and prevent it from working on new car models. Instead, Tesla will focus on ramping up production for its existing slate of cars.

“We’re not currently working on that $25,000 car. We at some point will. We have enough on our plate right now, too much on our plates, frankly. So at some point, there will be, but I think that’s sort of a question that it’s just sort of the wrong question. Really the thing that overwhelmingly matters is when is the car autonomous.” Musk stated that instead Tesla was prioritizing making a robot instead of cars for 2022.

Some industry watchers are however a bit skeptical of Musk’s comments on robot production. Given the CEO’s antecedents, skeptics believe that this may just be an example of the billionaire dramaturgy as this would not be the first time Elon Musk is announcing that Tesla is working on a product scheduled to be ready in the future to pique the interest of the people or excite backers, employees, investors, customers and the product not being available by the timeline provided.

For instance, in April 2019 he said that the company would have 1 million robotaxis on the road in 2020. Fast forward two years later, we are yet to have the robotaxis. While speaking at the company’s earnings call Musk made it clear that the Robot may be years away and may even never come to fruition but he was also of the opinion that it has the potential to be more significant than the vehicle business over time.

However, despite the product launch setback, Wall Street is still bullish on Tesla as analysts remain unshaken in their outlook for the stock. For example, Deutsche Bank research analyst Emmanuel Rosner wrote, “We continue to believe Tesla’s impressive target trajectory for its battery technology, manufacturing capacity and especially cost could help accelerate the world’s shift to electric vehicles and extend Tesla’s EV lead considerably.” The firm is maintaining a buy rating and target price of $1,200 for shares of Tesla.

Goldman Sachs’ Mark Delaney reiterated a buy rating and a price target of $1,200 in a note on Thursday, emphasizing its automotive margins had reached a reported 29.2% in the fourth quarter, and it expects sales to grow this year more than 50%. “Tesla continues to be one of the fastest-growing companies in the automotive ecosystem,” he said.

The bullish thesis on Tesla may be buoyed by the fact that Tesla expects its sales will grow by more than 50% in 2022 compared with last year despite supply chain problems. This represents a massive tailwind for the company given its pole position in the EV space. Tesla shares are down by -21.5% YTD.