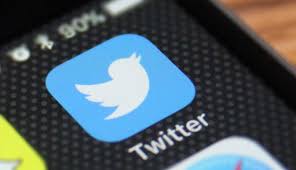 Shares of Twitter (TWTR:NYSE) finished 2.2% higher on Tuesday after they surged 27.1% in Monday’s session. The performance is Twitter’s best two-day percentage gain since it became a public company. The surge in Twitter shares came after Twitter Inc. said it would appoint Tesla Inc. Chief Executive Elon Musk to its board after the billionaire amassed a 9.2% stake in the company.

The announcement on Tuesday came after conducted a poll in which his followers on the platform were asked if they believed Twitter defended free speech. An overwhelming 70% of users who took part in the poll believed that the platform did not promote free speech. The Tesla CEO has long been one of Twitter’s most prominent users and, at times, one of its loudest critics. A self-described “free speech absolutist,” Mr. Musk has publicly encouraged the platform to allow a wide range of opinions.

Mr. Musk began buying Twitter shares on Jan. 31, when the stock traded at $36.83, according to Tuesday’s filing. Those purchases continued through April 1. Mr. Musk’s intentions for the company remain cloudy.

In his initial disclosures related to the investment Monday, he indicated his stake would be passive. Late Tuesday, he filed amended paperwork known as a 13D, more commonly associated with activist investors. In that form, he said he had “no present plans or intentions” to force a merger or sale, shake up the board or change the company’s dividend or share-buyback policy.

Mr. Musk hasn’t specified what, if any, formal plans he has to change Twitter. On Monday, he asked his Twitter followers to vote on whether the company should add the ability to edit existing tweets. Twitter Inc. has confirmed it is working on a feature that will allow users to edit tweets after they have been posted.

The edit function has been one of the most requested features among Twitter users for some time, the company said. In a separate tweet, Twitter’s communications team denied that the move was related to Mr. Musk’s poll.

“We’ve been exploring how to build an Edit feature in a safe manner since last year and plan to begin testing it within @TwitterBlue Labs in the coming months,” Twitter’s head of consumer product Jay Sullivan said on Tuesday.

Mr. Musk’s board term is set for two years. As a board member, Musk can’t own more than 14.9% of the company’s stock, according to a securities filing. While neither Twitter nor Mr. Musk would give a reason for the cap, that means that Mr. Musk, for now, is precluded from taking over the company outright.

It appears that his board membership is being welcomed. Twitter founder and former CEO, Jack Dorsey stated in a tweet, that he was delighted that Musk was on Twitter’s board, while current CEO Parag Agrawal, indicated that he looked forward to working with the Tesla Chief Executive.

Musk’s relationship with Twitter — which he called a “war zone” during his 60 Minutes interview in 2018 — remains complicated, in that he is both a prolific user of the site as well as one of its more vocal critics.

His use of Twitter has also drawn the ire of the SEC — who will surely ask why he first filed a 13-G several days after its original deadline — most famously in 2018 when the agency charged him with securities fraud related to a Tweet that he had ‘funding secured” to take the Tesla private.

With Musk on the board of Twitter, the social media company would be able to wean itself off the bane which has perpetually kept it underperforming other tech stocks – monetization. Twitter has been struggling to monetize features and products for consumers, unlike Facebook (FB:NASDAQ). Musk’s active role in the company could also pave the way for cryptocurrencies to be used on the platform – a move that would bring in a lot of retail investors.