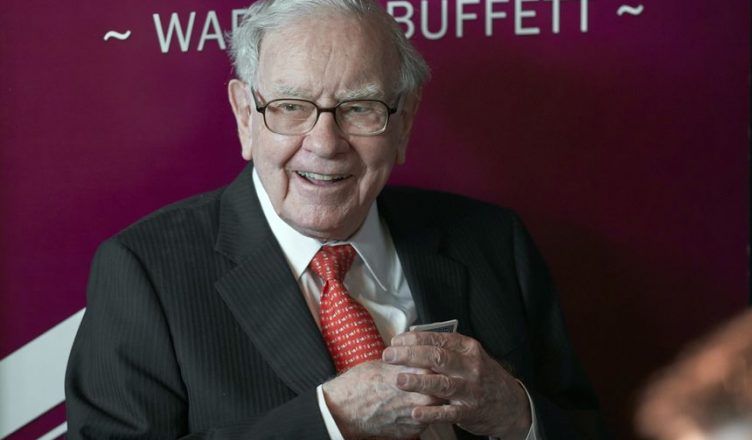 The purchase brings Berkshire’s stake in the company to 11%. At least 11 million of those shares were bought after HP announced its deal late last month to acquire video communications gear maker Poly for about $1.7 billion in cash.

Thursday’s upswing price reaction on the stock is the stock’s biggest single day rally since the early days of the pandemic in March 2020. It also boosted Berkshire’s stake by about $650 million to $4.85 billion. The market reaction to Berkshire’s stake also shows how much investors still pay attention to what Buffett says and does.

Berkshire’s chairman and CEO has for years bemoaned the fact that rising asset prices have made it tough to find attractive acquisition targets or bargain stocks. Buffett famously eschewed high-flying tech stocks and have maintained animosity towards the sector, except for Apple where Berkshire has a sizeable stake.

It would be hard to blame them, based on their past forays into technology. Previous plays such as a long-term position in IBM (IBM:NYSE) and a short-term fling with Oracle (ORCL:NYSE) —both of which specialize primarily in enterprise software—didn’t pan out.

This recent move indicates that Mr. Buffett and his crew are effectively doubling down on tech hardware. The timing of the purchase suggests the Berkshire is buying into HP’s plan to build some more diversity into its business. HP laid out aggressive growth targets for Poly based on the belief that its supply-chain muscle can clear Poly’s growing backlog of orders. And HP is likely eyeing other potential plays in hardware peripherals—all to grow its exposure to a hybrid workforce splitting its time between home and the office.

Berkshire investors would also be happy that the company is finally putting money to use, rather than sitting on its cash pile. Berkshire’s cash hoard has nearly doubled over the past five years. The company ended 2021 with $146.7 billion in cash, equivalents and short-term investments. In 2016, that figure stood at $74.9 billion. The company was a net seller of equities in all four quarters of 2021.

However, market’s rough start to 2022 has apparently changed Buffett’s calculus – and prompted him to go shopping. In early March, Berkshire disclosed a series of investments in Occidental Petroleum (OXY:NYSE). Berkshire is now the oil and gas firm’s largest shareholder, with 14.6% of Occidental’s shares outstanding. A couple of weeks later, Berkshire struck a deal to acquire insurer Alleghany (Y:NYSE) for $11.6 billion.

The HP investment isn’t in the same league as those other deployments of cash. But it does have the kind of attributes Buffett has exploited for long-term outperformance many times in the past – a boring dependable cash machine at a bargain price. The stake in HP constitutes just 1.2% of Berkshire’s portfolio, and as such won’t make too much of an impact.

Skeptics on Wall Street believe that Buffett may be investing in a legacy company that may have no role to play in the future in terms of where technology is going. The company is not a high growth play as the market for PCs and printers is hardly overflowing with growth prospects.

Though the market got a strong boost from the pandemic, due to the acceleration of remote work, analysts widely expect PCs to revert to low-single-digit growth going forward. Even HP’s print supply business—a major source of the company’s earnings— faces existential challenges with the rise of electronic document usage in remote work and school settings.

Yet the company considering that the stock is trading at about 10 times forward earnings even as EPS is expected to grow more than a tenth in 2022, HP may just be a good bargain which analysts have overlooked for more growth oriented names.