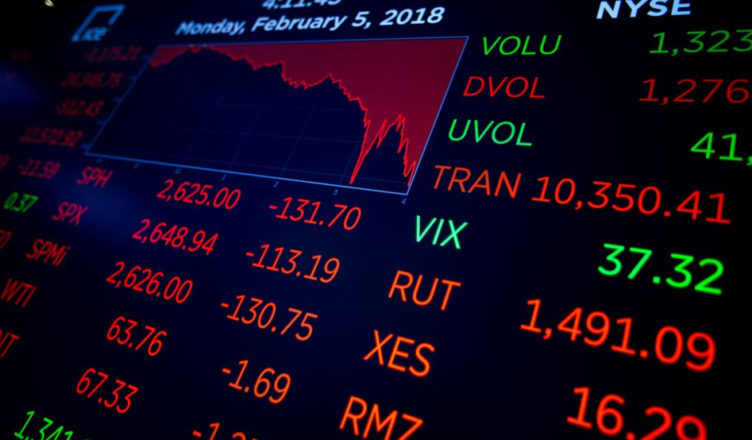 U.S. equities dipped further into negative territory after Monday’s rout, as the frothiness in the market thickened. Dow dropped 50.63 points (0.15%), while the S&P 500 dropped 3.54 points (0.1%). Nasdaq was the only index that finished positive after the tech-heavy index scrapped a 0.2% gain.

Tuesday’s performance was a welcome reprieve for investors after the tumorous rout on Monday. The Dow dropped almost 1000 points in Monday’s intraday trading session before cutting some of its losses to finish 33,970 points (-1.8%). The Nasdaq also dropped 2.2%, while the S&P 500 slipped by 1.7% to finish at 4,357.73 points. Monday’s trading session was the market’s worst performance since October, with all of the 11 sectors registering losses.

A wall of worry has been engulfing the market in the build-up to the Fed’s crucial monetary policy meeting taking place on Wednesday. Strategists believe that the central bank is likely to change its monetary policy plans which would see the suspension of its bond-buying program, and the raising of interest rates possibly by December 2022.

Investors also worried that the Evergrande fiasco would spill over into the US market. Evergrande- China’s second-largest property developer, last Friday released a statement that it would no longer be able to fulfill its debt commitments.

The market is still trying to digest the Evergrande saga, which is another point in the continuum of negative news coming out from China. Already Chinese stocks have taken a beating in the US market due to Beijing’s crackdown on the country’s mega-corporation. The slurry of bad news has led investors to question if China is still investable.

The onshore unit of Evergrande said Wednesday it would make an interest payment on time this week, though the debt-ridden conglomerate is still expected to miss a separate payment due on its dollar bonds, which are widely held by international investors.

September has historically been an Achilles heel for the market, and so far this year is living up to that billing. The bearish drag in the market has been persisting for about 6 weeks. All indexes are negative on a month-to-date basis. The Dow is down 4%, while the S&P is down 3.7% for the month. Tuesday’s session saw the Dow finishing in the red for the fifth day in a row and the sixth of the past seven sessions.

The pessimism is also manifesting in the charts. The S&P 500 is currently trading below its 50-day average – a sign which technical analysts believe to be bearish. The VIX, the market’s fear gauge, rose to its highest level since May when it hit 23%.

While some are worried about the frothiness in the market, others are capitalizing on the recent pullback to take positions in various equities. Though the S&P 500 has rallied 16% year-to-date, its constant flirting with all-time highs have gotten technical analysts believing that a pullback is imminent. Money managers such as Cathie Wood have taken the opportunity to load up on shares of various stocks including Coinbase Global, Inc. (COIN:NASDAQ), Zoom Video Communications, Inc. (ZM:NASDAQ), and Robinhood Markets, Inc. (HOOD:NASDAQ).

Investors are also concerned about the deadline to raise the debt ceiling and possible tax increases. Congress returned to Washington from recess rushing to pass funding bills to avoid a government shutdown. While the Delta variant still remains a risk factor for investors though on a milder scale compared to the Fed’s crucial meeting and the potential spillover from the Evergrande crisis.

It is obvious that the market needs a positive move to reverse upwards. Until the aforementioned flashpoints are addressed, the market would continue its downward slope. Perhaps the only light at the end of the tunnel is forthcoming earnings reports.