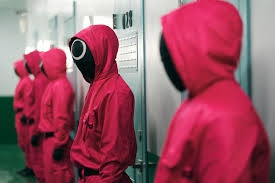 Shares of Netflix (NFLX:NASDAQ) jumped over 2% after the close of market on Tuesday after the company released its earnings report for the third quarter, 2021. The streaming giant beat on earnings, came in line with revenue, but narrowly missed on subscriber additions. Netflix issued earnings of $3.19 surpassing the $2.56 target. Revenue for the quarter was spot-on with expectations, as Netflix generated $7.48 billion that analysts had earlier forecast.

Netflix has witnessed an increase in users as the streamer begin to roll out a slew of content that was delayed to the back half of the year due to the pandemic. The streaming giant added 4.4 million new users, a solid beat over the 3.84 million forecast from Wall Street. Netflix says it expects to add more than double that amount in the present quarter as it continues to roll out new content.

Asia Pacific region accounted for 50% of all new subscriber additions. However, the company was only able to add 73,000 more subscribers in U.S. and Canada. This brings its total in the region to just over 74 million, as it continues to face stiff competition from the likes of Disney (DIS:NYSE), Apple Tv, Amazon Prime, and Lulu.

Netflix’s massive quarter no doubt received a massive boost from the success of the movie Squid Game. The South Korean dystopian drama debuted in September and became an instant hit around the globe. The series has gone viral on social platforms, while there has been a surge in demand for merchandise and toys related to characters in the film. Netflix stated that Squid Game was worth $900m, making it its biggest movie ever, with 142 million families watching the show within a month of its release.

This quarter results come as a breath of fresh air for Netflix. The company had in the earlier part of the year taken a lashing from the investors for missed subscriber additions. The stock was also branded as a stay-at-home stock, leading to questions regarding its valuation as the economy reopened reopening and less time was spent watching movies.

The brimming skepticism grew further as competition in the streaming space increased with the likes of Disney, Amazon Prime, Lulu, and many more jostled for subscribers. The stock suffered a 15% decline from its year-to-date high, dipping below $500 for the first time in almost a year.

However, the stock has rallied back from the lows in August. Its free cash flow which is channeled towards generating new content for the platform has spurred investors’ interest. Also compared to other FAANG stocks, its valuation looked trimmed which allowed investors to buy in cheap.

In its letter to investors, the company also indicated that it will use new metrics to report viewership on its platform. Netflix will start reporting hours viewed rather than the number of accounts that watched. By doing this, Netflix intends to show how that the new metrics how outside services measure TV viewing and gives proper credit to rewatching.

The company also provided an update on its gaming aspirations. The streaming giant had acquired a video game company, Night School Studio, in the third quarter. Netflix stated that it had begun to test its games in select countries, but warned that these were early days in the experiment.

Netflix intends to include games as part of its subscription offers. The company had indicated earlier in the year that it would launch its own videogames for mobile devices, as part of its strategy to increase its revenue streams. Some of these games would feature characters from Netflix shows and movies. The games will be included at no extra cost to Netflix members.

The success of Squid Game may be the storm that would set off a bullish trend in the stock. If not anything, it shows that the company is more than a stay-at-home stock, and is still able to release blockbusters despite increased competition. The company continues to maintain the largest share of the global streaming market with 167 million subscribers in over 190 countries.