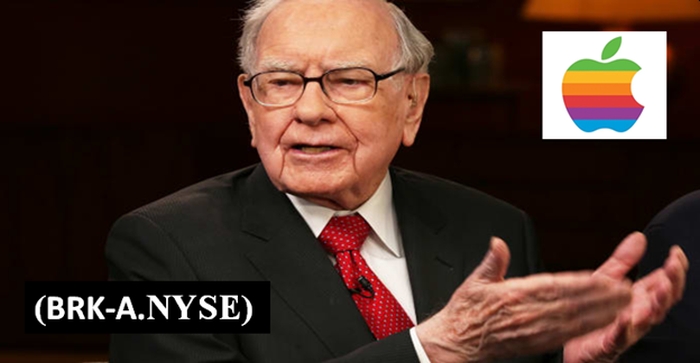 The internet detonated with the news that Warren Buffet – the leader of Berkshire Hathaway – (BRK-A.NYSE) just purchased 21 million shares of Barrick Gold (GOLD.NYSE) in Q2, 2020.

For a heavy-hitter like Buffett, this is not a big bet (GOLD comprises less than 1% of Buffett’s portfolio), but it’s still an astonishing U-turn.

“Gold gets dug out of the ground in Africa,” stated Buffett in 1998, “Then we melt it down, dig another hole, bury it again and pay people to stand around guarding it. It has no utility.”

“Buffett was there to boost [banks] during and after the last crisis, and he’s remained a top shareholder in most of the big U.S. banks,” continued Bloomberg, “That’s why it’s so jarring that Buffett’s Berkshire Hathaway sold 62% of its stake in JPMorgan (JPM.NYSE) Chase and cut 26% of its Wells Fargo (WFC.NYSE) holdings”.

Buffett has simultaneously reduced his position in other financial-services firms including PNC Financial Services, M&T Bank, Bank of New York Mellon, Mastercard and Visa while dumping most of his Goldman Sachs shares in Q1, 2020.

Although Buffett has cooled on banking and airlines, until recently he remained a champion of the American economy.

“Nothing can basically stop America,” stated Buffett at a virtual shareholder meeting this summer. “The American miracle, the American magic has always prevailed and it will do so again.”

Buffett, the “Oracle of Omaha”, turned 90 this week.

For his 90th birthday, let’s review the top 5 holdings in Berkshire Hathaway’s portfolio:

Technology eats up 46% of Buffett’s assets. Apple comprises an astonishing 44% of the entire investment portfolio. Buffett didn’t start buying Apple until Q1, 2016. His Apple stake has gained $85 billion over the last three or four years.

The financial sector makes up 32% of Buffett’s portfolio. Despite cooling on banks, American Express is a top-five holding. In the second quarter, Buffett lowered stakes in two banks, cutting positions in Wells Fargo and JPMorgan Chase (JPM.NYSE).

Berkshire Hathaway has a cost basis for the current $207 billion in securities of $96 billion. The 44 stocks have net unrealized gains of $11.4 billion.

Coca-Cola has remained one of the longest-held stocks in the portfolio, first purchased in 1988. Buffett is famous for his love for the brand as he himself drinks five cans a day. “I’m one quarter Coca-Cola,” Buffett once told Fortune, referring to the drink amounting to 25% of his daily calorie intake.

Warren Buffett is currently the fourth richest person in the world with Forbes ranking his net worth at $82.3 billion.

“Gold would be way down on my list as a store of value,” stated Buffett in 2005.

“Dumping bank shares and investing in a gold miner? It certainly doesn’t sound like a Warren Buffett move, but that’s exactly what the investing guru’s company did in the second quarter,” states Bloomberg, “It’s not a good sign for markets.”