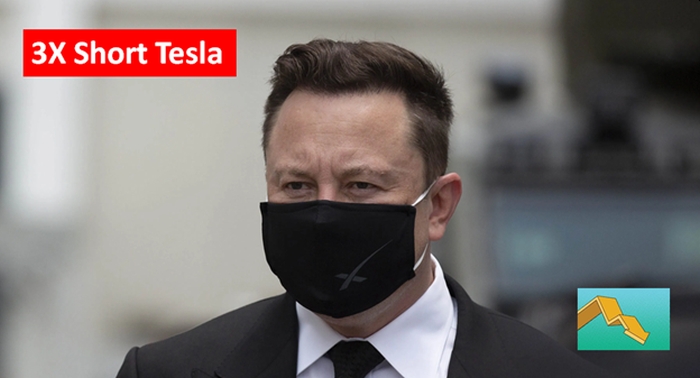 A filing with the SEC on Wednesday showed that the U.K.-based fund group now owns less than 5% of Tesla, down from 6.3%.

“The substantial increase in Tesla’s share price means that we needed to reduce our holding in order to reflect concentration guidelines which restrict the weight of a single stock in clients’ portfolios,” Baillie Gifford’s James Anderson said in a statement.

“However, we intend to remain significant shareholders for many years ahead. We remain very optimistic about the future of the company. Tesla no longer faces any difficulty in raising capital at scale from outside sources but should there be serious setbacks in the share price we would welcome the opportunity to once again increase our shareholding.”

Tesla shares have surged an astonishing 450% this year as global sales of electric vehicles (EV’s) spiked.

The company’s 5-1 stock split catalysed a 12% jump in shares as Tesla announced that it will raise up to $5 billion through a new stock offering.

As the shares rise, Tesla short-sellers have been feeling a lot of pain.

“Year-to-date, Tesla (the biggest bubble in modern stock market history) is up an astounding 495%… and that hurt us significantly,” wrote Spiegel, “So our short positions have obliterated the profits from our long positions, and yet when this bubble pops we’ll be glad we have them.”

“For those who still think ‘Tesla is years ahead of the competition,’ the most competitive EV region in the world is Europe, and Tesla’s EV market share there has now declined from over 30% to a year-end estimate of single digits,”

Meanwhile, some risk-taking investors are profiting from the recent Tesla pullback.

Some of Tesla’s September rise may be attributable to CEO Elon Musk’s rabid cult following.

“While MU detractors see him as another out-of-touch, inexpert rich guy who either can’t or won’t acknowledge the damage he and his companies are doing, to his fans, Musk is a visionary out to save humanity from itself,” reports The Verge.

“They gravitate toward his charisma and his intoxicating brew of extreme wealth, a grand vision for society — articulated through his companies, which he has an odd habit of launching with tweets — and an internet-friendly playfulness that sets him apart from the stodgier members of his economic class.”

“Among his more than 22 million followers, all of this inspires a level of righteous devotion rarely glimpsed outside of the replies to a Taylor Swift tweet.”

As an example, Musk smoked weed on Joe Rogan’s podcast.

Later, Musk sent an email to his employees to let them know he’s sorry for what he did and to remind them that SpaceX is a drug-free environment,

Musk took responsibility for smoking weed “with no skill, obviously.” He reminded everyone that marijuana is legal in the state of California.

He stressed that weed isn’t welcome in the SpaceX workplace. “SpaceX personnel may not use or posses any controlled substance while in the workplace, and also may not be under the influence of legal or illegal drugs while at work,” Musk wrote.

On Tuesday, the GraniteShares short-Tesla ETP saw 2.8 million shares trade hands in a flurry of activity as the Tesla stock sank 4.7%.

The triple-leveraged ETF has also experienced sharp losses in August, 2020, and is down 80% in the last 30 days.

Bearish investors have pointed out that Tesla has an inflated price-to-earnings ratio of 1,100.