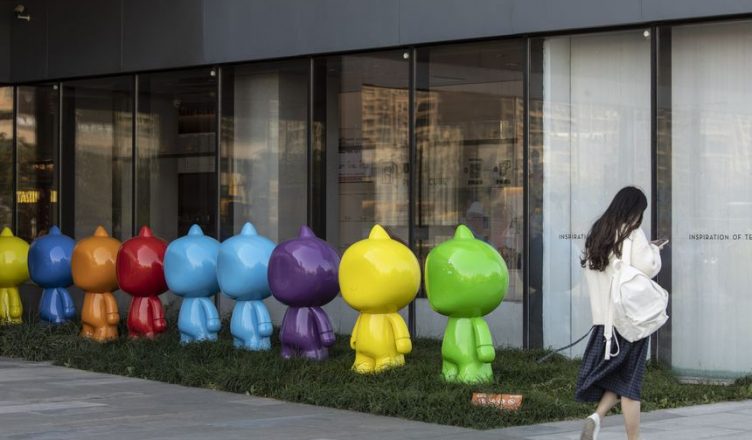 Shares of Alibaba Group Holding Ltd. (BABA:NASDAQ) plummeted by 11.13% after the retail behemoth released disappointing earnings results and slashed its growth expectations for this fiscal year. Alibaba’s income for the quarter fell by 87% on an annualized basis. In the July-September quarter, net income attributable to shareholders was 5.37 billion yuan, or $833 million as of Sept. 30, down from 28.77 billion yuan ($4.46bn) in the same period last year.

The company’s earnings fell by 27% year-over-year to $34.84 bn in the September quarter. The Asian e-commerce giant also issued weak guidance for the next quarter. Alibaba said it expects its fiscal 2022 revenue to increase by 20% to 23%, down from its forecast of about 30% in May.

In its earnings call on Thursday, Chief Executive Daniel Zhang said profits fell for the recent quarter, hurt by losses arising from changes in prices for investments in publicly traded companies, as well as higher investments in what it considers key strategic areas.

To ward off competitors, the corporation has increased investment in expanding its e-commerce platforms in sectors such as inexpensive items and live streaming. Alibaba announced in May that it will reinvest any additional revenues towards growing its company, attracting new customers, and assisting merchants on its platforms.

Alibaba also blamed the bleak forecast on a downturn in consumer spending in the world’s second-largest economy and a plethora of e-commerce competitors, as Chinese consumers spend less in an increasingly competitive e-commerce sector. In August, retail sales, a crucial indicator of Chinese consumption, increased 2.5 percent, the slowest rate of growth in a year. They did, however, post better growth of 4.9 percent in October, above experts’ estimates.

“We feel these two explanations are the things we should examine,” Zhang said. The meaning of e-commerce is changing all the time. Anyone may try something in e-commerce as long as they have some traffic.” Alibaba will continue to invest in sectors that drive development, such as domestic consumption, foreign business, and cloud computing, according to Mr. Zhang.

As rivals like ByteDance Ltd.’s short-video platform Douyin and discount-shopping app Pinduoduo Inc. (PDD:NASDAQ) have made gains with Chinese customers, Alibaba has confronted an increasingly congested e-commerce scene in China. While Alibaba’s flagship Taobao and Tmall shopping sites have long been the go-to destinations for customers, rivals have gained traction by offering novel and engaging ways to shop, such as through gaming, videos, and text messaging.

Despite the Chief Executive’s best efforts to blame the firm’s bad financial performance on sluggish consumer spending and rising competition, it appears that the corporation is skirting around the core reason of its dismal top and bottom lines. Alibaba has been subjected to a ruthless onslaught by Beijing after its founder, Jack Ma, publicly chastised Chinese officials. The choice to exclude the impact of China’s crackdown on the company’s financial performance suggests that it is still reeling from Beijing’s tightening grasp.

Alibaba was fined a record $2.8 billion in April after Beijing’s top market regulator decided it had misused its dominating market position during an antitrust inquiry. The government has set new standards for tech platforms to follow when it comes to anti-competitive business activities including deceiving customers or blocking rivals’ links.

Blomberg intelligence reports that Alibaba has lost $344bn in the last year. Despite a 30% recovery in the last month, the stock is still about 40% lower than its October 2020 peak. However, despite the gloomy forecast, Wall Street still holds a positive outlook on the stock. According to data released by CNBC which pooled ratings from about 40 analysts, 31 had a Buy rating, 8 had a Hold rating, while 3 had a sell rating on the stock. It appears that investors are still focused on the fundamentals to the exclusion of the political and economic risks posed by Beijing. But with as the company’s financials continue to weaken, this optimism may not hold for long.