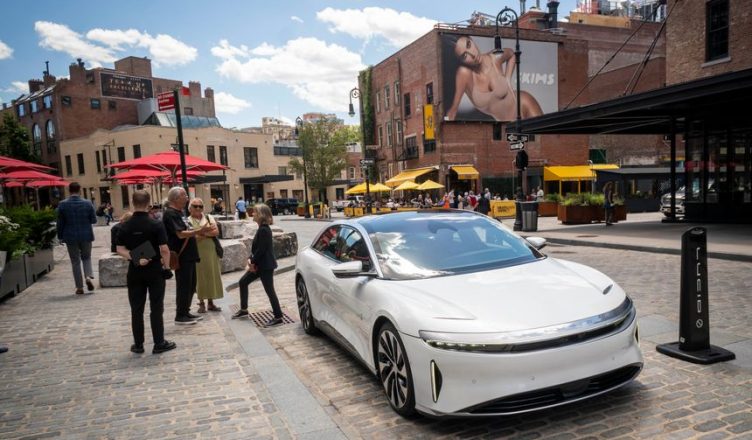 Shares of electric vehicle companies finished strongly after an electrifying performance in Tuesday’s trading session. Rivian Automotive (RIVN:NASDAQ) continued its blistering rally less than a week after the company went public in one of the biggest IPOs of the year. The stock closed up more than 15% on Tuesday.

Lucid Group Inc. (LCID:NASDAQ), another EV start-up saw its market capitalization rise to $89.9 billion after its shares had a 24% runup to close at $55.52. Executives of the EV start-up told investors that reservations for its first vehicles had spiked and that its production plans for 2022 were still on track. The cherry of EV stocks Tesla (TSLA:NASDAQ) also saw its shares rise by 5%. Others such as Xpeng and Canoo Inc (GOEV:NASDAQ) rose by 5.6% and 10.24% respectively.

The rise in EV shares is buoyed by the optimism of Rivians IPO. The company which many see as Tesla’s rival surged to a 30% high on its opening day. The stock has not had a down day since going public. The buzz created by Rivian has spilled over into lesser known EV stocks such as Canoo Inc which are benefitting renewed interest from the market.

The long-term thesis on the rise in EV stocks revolves around the premise of favorable macroeconomic metrics. Demand for electric vehicles continues to rise as more consumers look to adopt the technology. The latest infrastructure package signed by President Joe Biden on Monday outlines billions of dollars delegated to building out a network of EV charging infrastructure.

With such a bright economic forecast, a growing number of investors are adjusting the sails to the coming bullish wind expected to sweep the sector. Most investors believe that the EV space is a prime location for optimizing portfolio gains and are therefore seeking ways to get exposed to the sector.

When juxtaposed with the share price of legacy automakers, it appears investors are going full throttle and betting big on EV startups. Lucid is yet another EV company whose valuation has surpassed legacy automakers. Tuesday’s surge in share price brings the market capitalization of Lucid Motors to $89bn, making it more valuable than Ford and almost as valuable as General Motors, which has a market cap of $90.9 billion.

However, while it appears that investors have left legacy automakers for good, the electric vehicles are yet to prove their mettle – at least in their balance sheets. Apart from Tesla no other EV company has proven to have a sustainable business model. Most are yet to produce a single car, let alone make a profit. Rivian for example lost a staggering $2.4 billion from 2019 through the first six months of 2021. Lucid Group Inc. also has a continuum of quarterly losses and is yet to post any revenue.

EV companies in desperation to grab market share appear to be making the same mistakes that legacy automakers made. By depending solely on car sales, they are not offering other specialized products that could increase revenue streams for the company. This contrasts the likes of Tesla which is building an ecosystem of products designed to create a sustainable revenue stream from its clients.

Also, legacy automakers have the brand identity, network, capital, and economies of scale to benefit from the long run. With companies such as Ford and GM investing in EV startups, the footprint of legacy automakers in the EV space would continue to expand.

As such, though the traditional automakers seem to be left behind, they are definitely covering a lot of lost ground. There is a very strong possibility that legacy auto companies would overtake most of the available EV start-ups in the merest future when the market begins to pay closer attention to fundamentals.