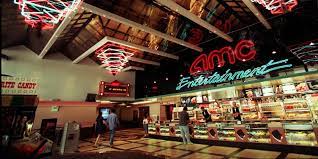 If you had invested $1,000 in AMC stock at the beginning of the year, your investment would have surpassed $25,000 as at the time of this writing. AMC Entertainment (AMC: NYSE) has been on a roller coaster ride since the beginning of this year when a group of retail traders on Redditt platform, WallStreetBets decided to take on Wall street hedge funds and initiate a short squeeze. Though initially targeted at shares of GameStop (GME: NYSE), AMC came off as a beneficiary in the so-called Redditt revolution.

Bolstered by the reopening of the economy which would see people return to the cinemas, retail traders are buying up shares of AMC as the company looks set to profit from the reopening. Right? Wrong.

The fuel which is energizing this run is still motivated by the short squeeze of hedge funds. In the last two weeks, the stock has been rejuvenated as retail traders have piled in again. Shares of AMC Entertainment (AMC: NYSE) have soared by over 100% in the last two weeks. Short sellers have reportedly lost $1.2bn betting against the stock.

This action has raised questions on the sustainability of the momentum that the stock is currently experiencing. Industry watchers are bemused at the price action of the stock which is disjointed from fundamentals.

AMC Entertainment (AMC: NYSE) is heavily in debt to the tune of $5bn and had to defer $450 million in lease repayments. To service its debt, the movie theater operator took advantage of price surge during the retail short squeeze to sell shares in other raise cash. The company also sold 8.5 million shares to investment firm Mudrick Capital for $230.5 million to service its debts and make more acquisitions.

AMC also issued debt to keep it afloat. However, interest accrued on loans may be too big a burden for the movie theater operator to bear. The debts issue came with interest rates ranging between 10% to 12%. The interest on one tranche of $100 million owed is expected to go as high as 17% on a variable basis.

As a result, the company would spend about $151m on interest payment twice the amount it spent on service its corporate debt last year. This excludes other interest expenses, such as finance lease obligations and exhibitor service agreements.

Secondly, despite ending Q1 2021 with $1 billion in liquidity, the highest ever in over 100 years of its existence, the company has a negative free cash flow of $324.8 million. the $1bn liquidity can only keep the movie theatre operator afloat through next year based Wall Street’s projected per-share loss estimates over the next seven quarters (till December 2022).

Thirdly, AMC has one of the worst Return-on-Assets (ROA) in the industry. The company has an ROA of -28.41% far below the industry average of -10.90%. Revenues of the company have been trending downwards even prior to the pandemic. In the last five years, the company’s revenues have declined by 15%.

Though the AMC Entertainment (AMC: NYSE) is facing strong headwinds as the movie theater business is rebounds, this may not be sustainable in the long term. There is no doubt that people are eager to get out and spend their pent-up savings, however analysts feel that convenience would triumph in the long run when normalcy is restored.

Industry watchers believe that people would favour streaming services to cinemas in the long run, as rush to movie theatres is only transitory. Suffice it to mention that In the United States, sales of movie tickets have been on the decline for the last 19 years.

There are also issues of corporate governance which has gone largely unnoticed to the retail army. Despite facing a mountain of losses, the compensation package for CEO, Adam Aron, more than doubled from $9.67m to $20.92m. Though his salary declined by $150,000 to $1.1 million, Aron’s stock-based compensation rose by over 100% to $14.8m

When all these metrics are factored in, it is clear to see why momentum in AMC stock would not be sustainable in the long run. Those invested in this stock should enjoy the movie scenes been played out, until the gears shift to fundamentals.