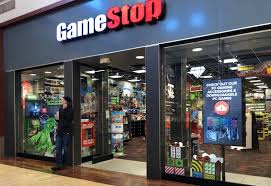 The stock market seems to have rekindled its risk appetite. Bolstered by the prospects of a full reopening of the economy, enthusiastic investors have piled into speculative assets pushing indexes to near-record highs. Even the erstwhile lagged tech sector seems to have gotten its mojo back. Tech heavy Nasdaq reached 19% and was 1% short of its all-time high.

One area which undoubtedly has seen a lot of activity is the meme stocks. Shares of GameStop (GME: NYSE), AMC Entertainment (AMC: NYSE), Koss (Koss: NASDAQ), and Bed Bath & Beyond (BBBY: NASDAQ) have been at the front of the bullish calvary. GameStop has already scored a weekly gain of about 50%. AMC Entertainment, the new bride of Reddit traders surged by 47% in a single day, pushing its weekly gain over 120%. Bed Bath & Beyond has risen by 47% while Koss and Express Inc have risen over 50% this week.

The rally in meme stocks is reminiscent of January, when retail traders in Redditt platform, WallStreetBets initiated a short squeeze on heavily shorted companies. The recent rally though milder in comparison to the so-called Redditt revolution in January is still an indication that meme stocks cannot be written off.

Industry watchers and strategists proposed plausible causes in the resurgence of meme stocks. The most obvious is the short squeeze by retail traders. The oversold conditions in GME & AMC coupled with their high short interest ratios made them sitting ducks for retail traders looking for a short squeeze. GameStop and AMC still each have more than 20% of their float shares sold short, compared with an average of 5% short interest in a typical U.S. stock, according to the data.

By buying shares of heavily shorted companies, this forces short sellers to buy back shares to cover their exposure and cut their losses. This triggers more buy orders which ultimately pushes the share price higher.

Short sellers have already incurred a $1.3 billion loss betting against AMC this week alone betting. GameStop’s rally has pushed mark-to-market losses for short sellers to more than $6.7 billion so far this year. A short squeeze could be at play again for Beyond Meat, going by chatter on the Reddit platform, WallStreetBets. The stock currently has a short interest ratio of 25%

Another reason is the collapse in cryptocurrencies which capitulated within the week. Some analysts believe that the recent rout in crypto assets which saw Bitcoin and Ethereum prices decline by as much as 50% within a week, has made retail traders shift their focus to meme stocks.

Bitcoin cratered by 30% in a single day after Elon Musk tweeted statements concerning carbon emissions from mining activities spooked investors. The pullback in Bitcoin was the cryptocurrency’s worst month since February last year. Data from Bybt.com states that about 700,000 traders liquidated their accounts within 24 hours.

While there is still confusion surrounding the resurgence of meme stocks, it seems that wall street is beginning to change its stance on retail traders. Once criticized as being uneducated and lacking the sophistication to trade in the stock market, retail traders have used meme stocks to hit Wall Street where it hurts – their pocket. The number of hedge funds that have lost betting against retail traders and their favorite stocks is mounting. Hedge funds lost about $1bn in a week betting against meme stocks.

Some institutional investors have started to track the activities of meme stocks as a way to feel the pulse of the market. For example, Bank of America (BAC: NYSE) reportedly gave its clients a list of small- to mid-cap stocks to watch based on Reddit mentions and short interest above 5% as the meme stock craze returns. While the markets still ponder factors that may have raised meme stocks from the dead, a consensus that is shared by everyone is that meme stocks cannot be overlooked. However, it begs the question, how long do retail traders intend to keep the momentum?