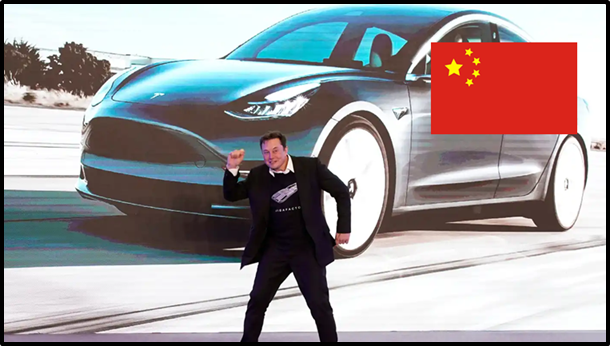 Headwinds for Tesla (TSLA:NASDAQ), as sales in China fell by 50% in May, continuing its declining trend from the month before.

In April, the U.S.-based electric car company saw its sales drop by 27%. Tesla’s share in the global EV market declined to 11% in April, an 18% drop from March, according to research carried out by Credit Suisse.

The continued drop in sales has raised doubts in the minds of investors about Tesla’s dominance in the EV space and how long the company can continue to sustain its pole position in the industry.

China is the world’s largest EV market and accounts for 40% of the total number of electric vehicles sold globally. However, despite sighting a manufacturing plant in Shanghai, Tesla has not been able to capture the Chinese market. Most of the vehicles produced in its Shanghai factory were sold overseas.

This gloomy situation is exacerbated by the fact that competition from traditional auto companies is heating up. Volkswagen (VWAGY:OTCMKT) has made its ambitions to overtake Tesla an open secret after it announced a $42bn investment in battery cell production and software development to expand the production of its electric cars.

The German automaker is aiming to be the top electric car company in the world by 2025 and plans to deliver 1 million electric vehicles this year. Tesla’s guidance for the last quarter forecasts a 50% annual increase in sales, which puts its delivery target at 750,000 vehicles. Analysts believe that Volkswagen could match Tesla sales as early as next year.

While Volkswagen is challenging Tesla’s dominance in Europe, other legacy automakers such as General Motors (GM:NYSE) and Ford (F:NYSE) are already gunning for a bigger bite of the North American EV market. Ford expects EVs to make up 40% of its global sales by the end of this decade. General Motors on the other hand has accelerated its EV plans with increased spending on production levels.

The Detroit car manufacturer plans to spend $27bn on electric and autonomous vehicles through 2025. General Motors is also investing more than $1 billion in an EV plant in Mexico which would commence production by 2023.

Despite the depressing stats from Tesla, some analysts believe that the company’s dominance shouldn’t be written off just yet. The situation in China has been attributed to the slew of negative press the company has been receiving in that country.

Recent media reports of Tesla in Chinese media have revolved around malfunctions such as brake failures, crashes, and explosions. Tesla has also been the target of mounting scrutiny from Chinese regulators.

Some analysts believe that the drop in China sales is a minor blip, as Tesla should be able to maintain its dominance in the EV space through innovative products.

The company stands to gain in the long term based on its connection to Starlink, a satellite network created by Elon Musk’s spaceflight company SpaceX. It is believed that when Starlink goes fully operational, it would have significant benefits for the company as regards autonomous driving. Tesla is also looking towards ridesharing to increase revenue.

However, it appears that the market is slowly losing its patience with the EV company. Shares of Tesla have unperformed the market so far this year, dropping by as much as 18% YTD. Though the company declared a profit in its last quarterly report, that failed to lift investor sentiment towards the stock.

Some believe that the company used sales from carbon credit and appreciation of bitcoin to supplement its profits, which is an indication that the company may be experiencing more challenges than it publicly acknowledges.

Results from the next two quarters would be a significant watershed for the company and may likely set the pace for investment in the company’s stock for a very long time. Perhaps the drop in China sales is a harbinger of things to come.