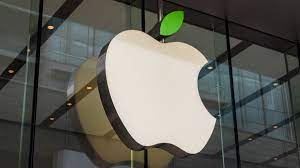 Apple (APPL:NASDAQ) shares fell more than 3% on Thursday, its highest drop in a single day since May. However, the stock was able to retrace and recoup some of its losses to close at $163.76, albeit it was still in negative for the day (-0.61%).

Apple, which is currently battling with a global supply shortage, appears to be dealing with a different issue: declining demand. The drop in share price came on the heels of a Bloomberg report which stated that the phone maker had informed its suppliers that demand for new iPhones this holiday season is lower than projected. Apple had earlier slashed its iPhone 13 manufacturing target for this year by up to 10 million units, from a target of 90 million.

Apple’s latest iPhone model, the iPhone 13, will be released for the first full quarter of this year. A new generation of AirPods and a revamped MacBook Pro were among the other new goods announced by Apple ahead of the Christmas shopping season. However, because the iPhone is Apple’s most profitable product, any signals of diminishing demand as the holidays approach would undoubtedly drive the company’s stock down.

The repercussions of the demand interruption are relatively fresh for Apple. Tim Cook, Apple’s CEO, had primarily assisted the company in navigating the choppy seas of Covid-19 and avoiding a financial impact during the previous year as other firms grappled with chip shortages.

Apple’s stock has defied the market’s omicron-fueled sell-off this week. Part of Apple’s stock’s near-term bullishness reflected anticipation for the launch of an Apple automobile. However, shares fell as a result of reports of reduced demand, which came on top of supply difficulties.

The rise in Apple stock might indicate that investors are paying more attention to supply chain restrictions than previously thought. Apple disclosed a rare revenue shortfall for its fiscal fourth quarter in October, citing supply bottlenecks as the reason for slower iPhone and wearables sales. At the time, the business expected that chip shortages would be a problem over the holiday season. The corporation anticipated that $6 billion in sales would be lost as a result of this.

Despite this, experts anticipate Apple to record higher sales for the quarter after exceeding $100 billion for the first time in the holiday 2020 period. This autumn, CEO Tim Cook told CNBC that he anticipates revenue growth for the quarter, but that supply restrictions would cost the business at least $6 billion in revenue lost.

Analysts had forecast a 6% increase in sales to $117.9 billion in the last three months of the calendar year, putting the business on course for a record Christmas season. But it won’t be the record-breaking quarter that they had hoped for.

Even though the mega-tech giant is battling with decreasing iPhone demand, 2022 might be the year it introduces a new product category, such as augmented reality spectacles or an electric automobile. In the meanwhile, Apple’s iPhone 14 series, expected out in autumn 2022, will attempt to capitalize on the success of its 5G iPhones.

A major product launch might be a trigger for Apple shares to rise. However, the “next big thing” from Apple has been speculated upon for years, prompting investors to adopt a wait-and-see approach.

Despite supply chain issues, falling demand, and antitrust lawsuits looming over the firm, Wall Street is hesitant to abandon one of its favorite companies. Several experts have kept their positions in the company based on their previous reiterations and price targets. The revenue shortfall and supply chain inconsistencies are seen as a stumbling block for the firm by strategists, who believe the company will exhibit resilience as a result of the pandemic.